BOWMANVILLE, ONT. - The Pirelli GT4 America Sprint and SprintX series will be back in action this coming weekend at Canadian Tire Motorsport Park's legendary 3.957-km (2.459-mi.) Grand Prix circuit. Thirty-one teams across both championships piloting machinery from 10 of the world's top manufacturers will compete May 17-19.

In the Pro Division, six drivers representing Panoz, Chevrolet, McLaren, Porsche and KTM will lock horns looking to stand on the top step in Canadian Tire Motorsport Park's (CTMP) victory circle. Ian James and Gar Robinson come into the weekend tied for the lead in driver championship points with 68 points each. James won Round 1 and will pilot the #50 Panoz Avezzano GT4, while Robinson has four top three finishes so far this season and will pilot the #74 Chevrolet Camaro GT4.

Three-time series champion Michael Cooper won Round 2 at Long Beach and sits third in championship points – he will drive the #10 Blackdog Speed Shop McLaren 570S GT4. Spencer Pumpelly had a dominating flag-to-flag win on the Streets of Long Beach in Round 3. He will pilot the #66 TRG – The Racers Group Porsche 718 Cayman CS MR.

Shane Lewis will get behind the wheel of the #72 Chevrolet Camaro GT4 – his best finish of 2019 so far was a third in Round 2. Rounding out the Pro Division, the #71 KTM X-bow will be piloted by Nicolai Elghanayan.

In what promises to be a very competitive weekend of GT4 Am Division racing, the top 5 competitors running in the class all fall within a 11-point spread in the driver's championship standings. Jarett Andretti sits a single point ahead of Matthew Fassnacht (51 to 50) and will pilot the #18 McLaren 570S GT4. Fassnacht comes off impressive back-to-back victories at VIR and will drive the #53 Mercedes-AMG GT4. Driving the #12 Ford Mustang GT4, Drew Staveley sits only two-points behind Fassnacht with 48 points, while Alan Brynjolfsson sits at 45 points and will drive the #7 Porsche 718 Cayman CS MR. #11 McLaren 570S GT4 driver Tony Gaples is a series veteran with over 160 starts – he comes into the weekend with 40 points. 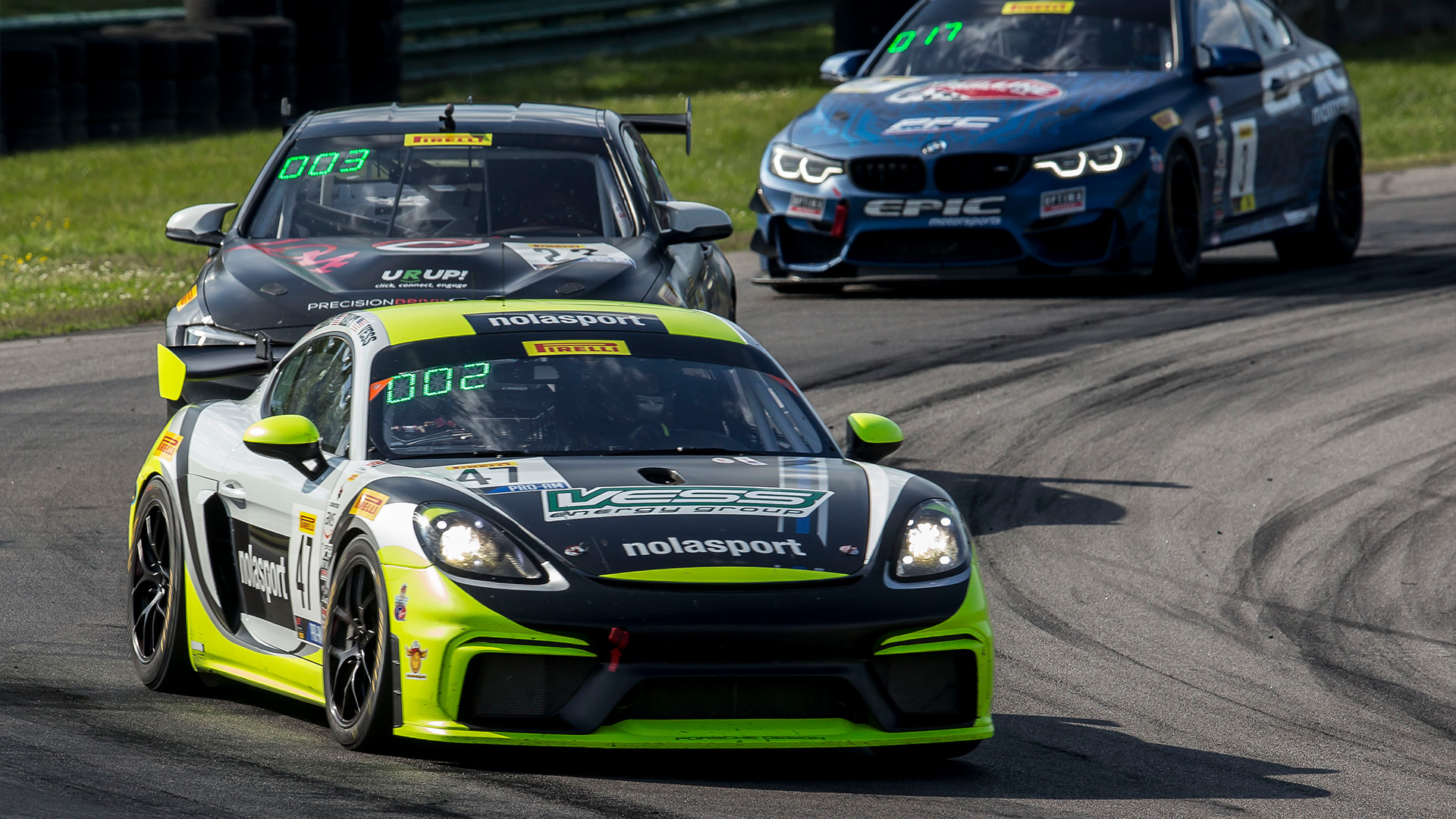 GT4 classes get their first official track time starting with Sprint practice on Thursday at 5 pm. Qualifying begins Friday at 1:05 pm, with the first Pirelli GT4 America SprintX race set for a green flag start at 5:30 pm on Friday.

All Sprint and SprintX races will be streamed live on gt4-america.com and via audio simulcast on SiriusXM satellite radio Ch. 383 (983 on the app). CBS Sports Network coverage for Sprint races at CTMP airs June 1st at 2:30 pm EDT with SprintX coverage immediately following at 3:30 pm EDT. Check your local listings for additional broadcast time and channel information.