The first qualifying heat was an action-packed session that saw several changes in the top five. Four laps in as tires came up to temperature, Alan Brynjolfsson in the #77 Park Place Motorsports Porsche Cayman GT4 CS-MR went to the top with a 1:24.668, with Fassnacht, in the #34 Murillo Racing Mercedes-AMG GT4 slotting into the second spot with a 1:24.974. As the session neared to a checkered flag, Fassnacht then went to the top with a 1:24.525 to secure the pole. The team of Matt Travis and Jason Hart have so far had a dominating 2019 campaign winning all four SprintX contests in their #47 NOLASPORT Porsche 718 Cayman CS MR – Travis posted a 1:24.764 to qualify third overall. Rounding out the top 5 qualifiers for Friday’s race were Jarett Andretti in the #36 Andretti Autosport McLaren 570S GT4 (1:25.269) and Kris Wilson #16 Auto Technic Racing BMW M4 GT4 (1:25.666). 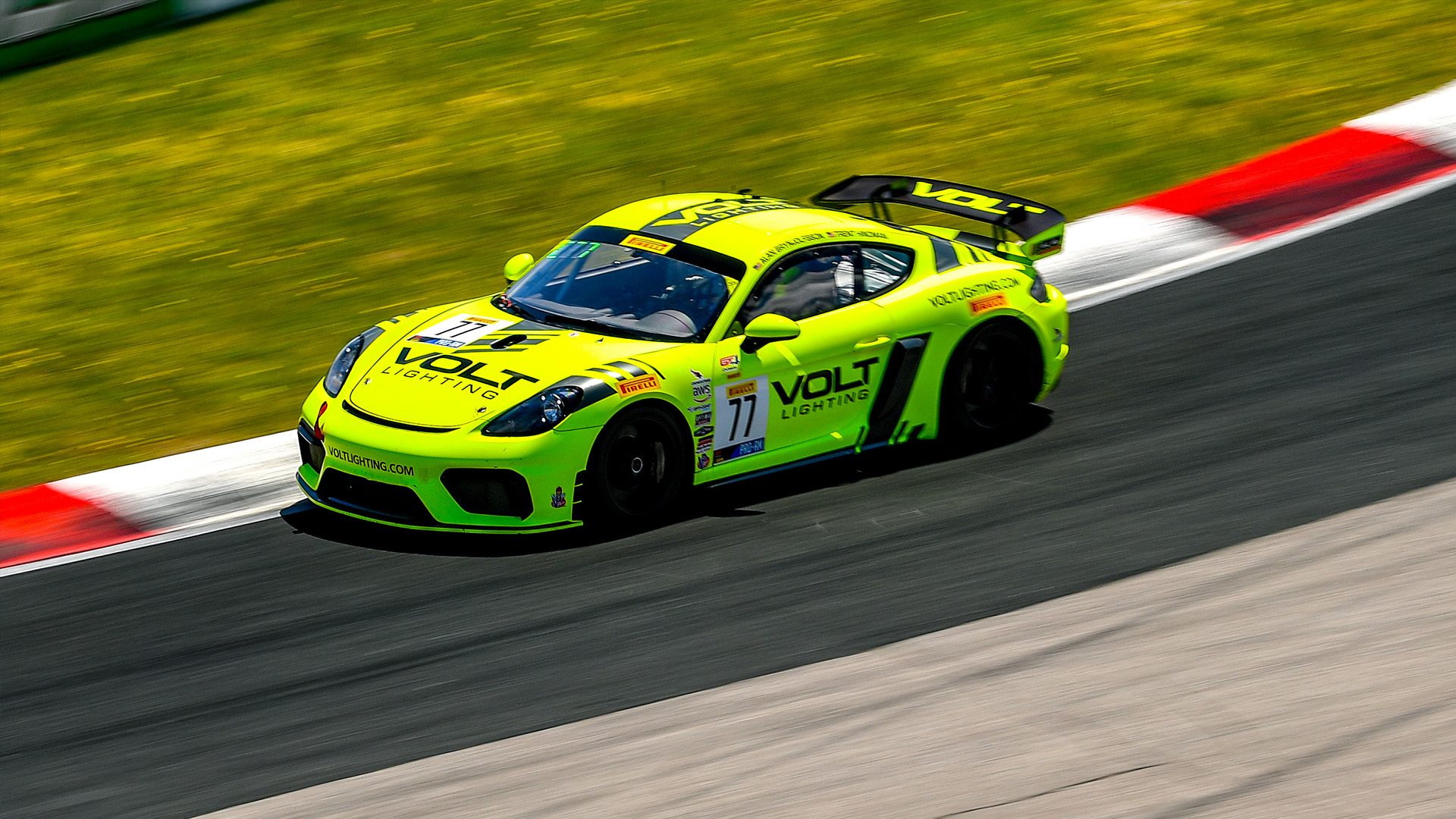 Teams then swapped out drivers for the second qualifying heat. Hindman, Brynjolfsson’s teammate, quickly jumped to the top of the charts in the #77 Porsche Cayman GT4 CS-MR with a 1:23.413, while Fassnacht’s teammate Christian Szymczak, in the #34 Mercedes-AMG GT4 slotted into second with a 1:23.672. Canadian Karl Wittmer piloting the #24 Ian Lacy Racing Ford Mustang GT4 briefly held onto the third starting spot with a 1:24.189 – with under four minutes remaining, Anthony Geraci in the #27 KRUGSPEED Ginetta G55 posted a 1:24.166 to slot into third, pushing Wittmer to fourth on the grid. Rounding out the top 5 was Hart in the #47 NOLASPORT Porsche 718 Cayman CS MR (1:24.802).

Results are provisional until posted final. Pirelli GT4 SprintX series competitors will next take to the CTMP Grand Prix circuit Friday afternoon at 5:30 pm Eastern for the first of two races. All SprintX races will be streamed live on gt4-america.com and via audio simulcast on SiriusXM satellite radio Ch. 383 (983 on the app).