The 50-minute, 32-lap contest featured an exciting duel between pole sitter Elghanayan, in the #71 KTM X-bow and second-on-the-grid Spencer Pumpelly in the #66 TRG – The Racers Group Porsche 718 Cayman CS MR.

From the drop of the green flag, Elghanayan held the lead over Pumpelly, with three-time series champion Michael Cooper in the #10 Blackdog Speed Shop McLaren 570S GT4 slotting into third. Pumpelly though overtook Elghanayan to head the pack later in the first lap, but as the leaders came to the line, race control issued a full-course yellow when the #53 Mercedes-AMG GT4 of Matthew Fassnacht bumped the wall on back straight ending his day. In the Am division, Jarett Andretti in the #18 Andretti Autosport McLaren 570S GT4, who qualified sixth overall, had moved up into fourth overall.

On the lap 6 restart, Pumpelly led Elghanayan, Cooper, Andretti and Am competitor Drew Staveley in the #12 Ian Lacy Racing Ford Mustang GT4 to the line.

Pumpelly and Elghanayan then began an intense back and forth duel for the lead that lasted for numerous laps. Elghanayan would pass for the lead, only to have Pumpelly come back to regain the lead.  As the two waged a heated battle up front, Cooper still held 3rd over Andretti in 4th.

On lap 26 through turn 10, Elghanayan grabbed the lead from Pumpelly and this time he would not relinquish it – by lap 28 he had built an eight-car lead over Pumpelly. Cooper continued to hold 3rd but Pro Driver Championship contenders Gar Robinson, piloting the #74 Robinson Racing Chevrolet Camaro GT4 and Ian James, in the #50 Team Panoz Racing Panoz Avezzano GT4 had moved into 4th and 5th pushing Andretti back. 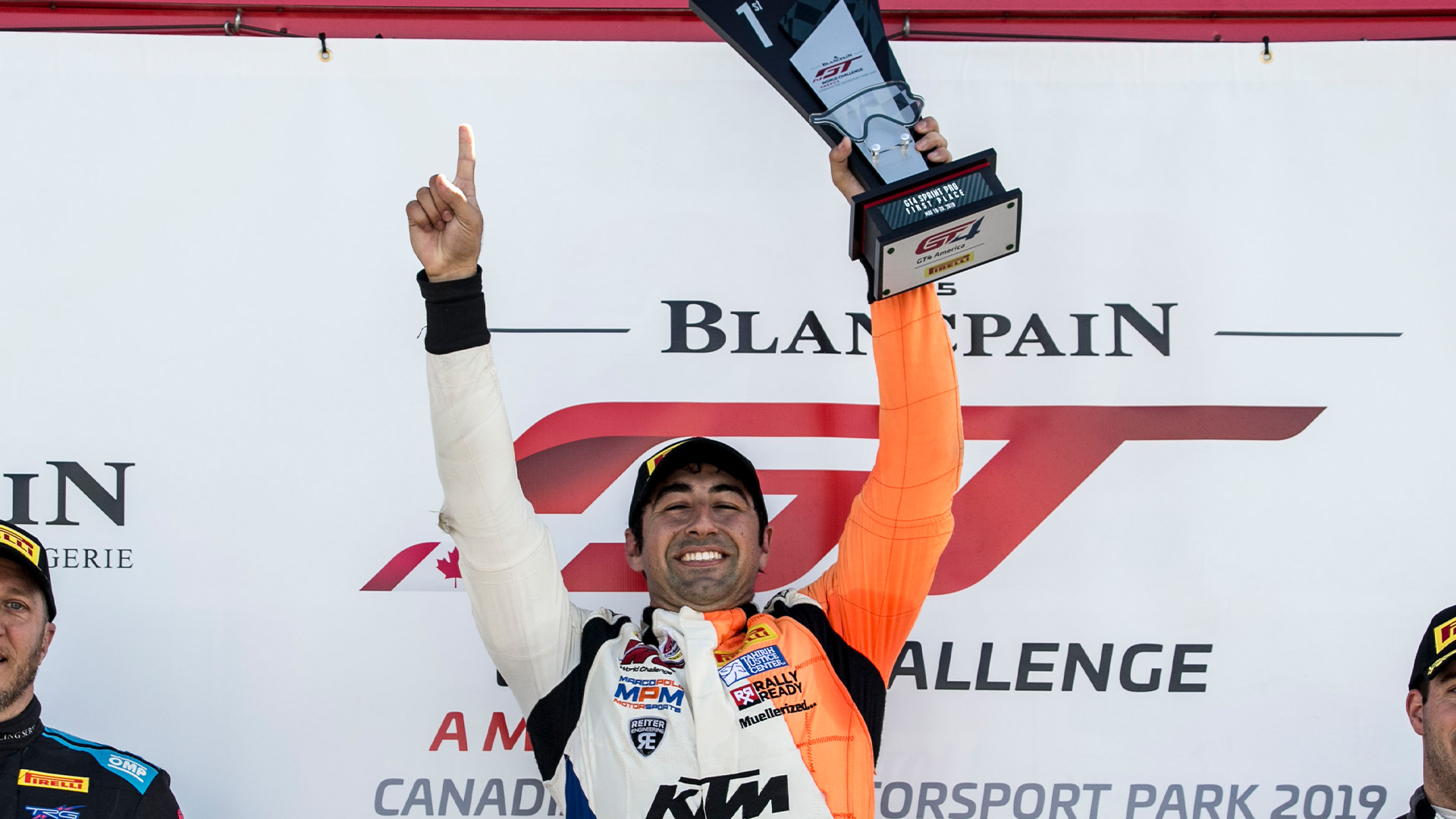 At the checkered, Elghanayan crossed the line for the victory 1.6 seconds ahead of Pumpelly. Cooper finished third. A late race charge had Andretti finishing 4th overall and 1st in the Am division. James rounded out the top 5 (4th in the Pro division). In the Am division, Staveley took second and Alan Brynjolfsson driving the #7 Park Place Motorsports Porsche 718 Cayman CS MR finished third.

Results are provisional until posted final. Pirelli GT4 America Sprint series teams now get set for their second race of the weekend scheduled for Sunday afternoon at 4:30 pm Eastern. All Sprint races will be streamed live on gt4-america.com and via audio simulcast on SiriusXM satellite radio Ch. 383 (983 on the app).