From the green flag, pole sitter Szymczak, in the #34 Murillo Racing Mercedes-AMG GT4 led over second-on-the-grid Elivan Goulart, in the #27 KRUGSPEED Ginetta G55 with Karl Wittmer, in the #24 Ian Lacy Racing Ford Mustang GT4 and Friday’s co-race winner Jason Hart, in the #47 NOLASPORT Porsche 718 Cayman CS MR in pursuit in 3rd and 4th respectively. Before the first lap had been completed, Goulart passed Szymczak for the lead and by the second lap grew his lead over the pack by an over five-car gap.

By lap 5 the battle behind Goulart was intense between Hart and Szymczak who had moved into second and third respectively. Through turn 10, Hart and Szymczak came together with Hart going into the tire wall on the front straight allowing Szymczak to continue in second. By lap 13, Goulart continued in the lead followed by Szymczak, Wittmer and Stevan McAleer in the #29 Classic BMW M4 GT4.

On Lap 16, race control issued a full-course yellow as Karl Thomson in the #36 Andretti Autosport McLaren 570S GT4 went off in turn 5. On the Lap 19 restart, Goulart led Szymczak and Gannett to the line.

By lap 26, Goulart continued to lead the field by 2.5 seconds. On lap 27 the pit window opened, Goulart came in passing the lead over to Wittmer with Greg Liefooghe, in the #19 Stephen Cameron Racing BMW M4 GT4 in pursuit. Liefooghe then assumed the lead a lap later when Wittmer came in for the driver change. 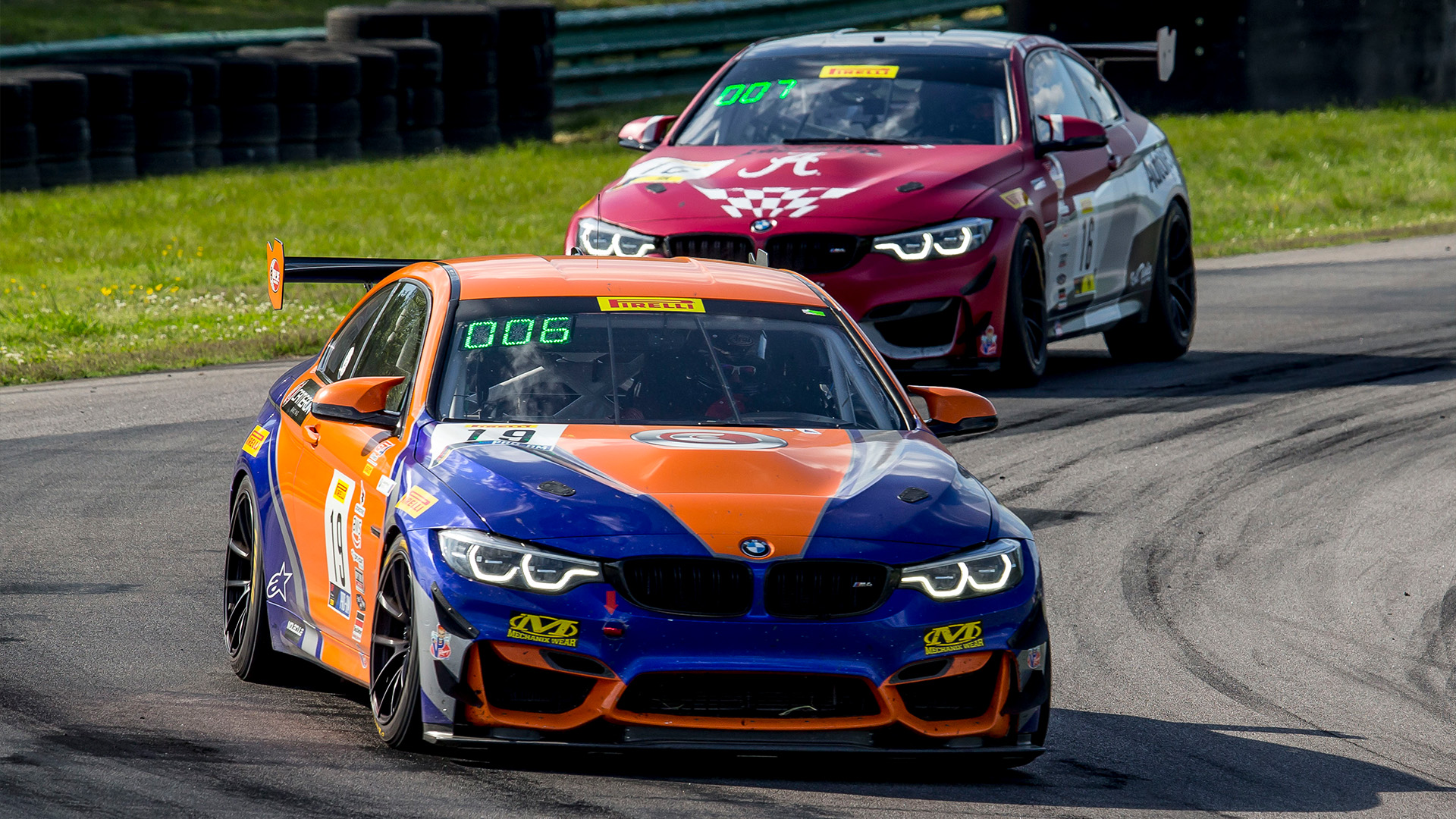 By lap 29, the pit window had closed, and all teams had changed over to their second drivers. Fassnacht led Geraci with Gannett in third and Brynjolfsson pursuing in 4th. On lap 30, Gannett and Brynjolfsson battled for position with contact occurring between the two drivers. Brynjolfsson moved into third but was subsequently given a drive-through penalty by race control for infringement. Gannett moved back into 3rd.

By lap 32, Fassnacht pushed his lead on the pack to six seconds. Brynjolfsson would serve his penalty moving Geraci into second with Gannett into third overall. At the checkered, the Fassnacht/Szymczak team took the victory by 7.5 seconds ahead of the Geraci/Goulart team in second. The Gannett/Wittmer team finished third overall. The top 5 included the Mueller/James Clay team (Epic Motorsports #3 BMW M4 GT4) and the Quinlan/Liefooghe team.