The 50-minute, 35-lap contest featured fierce action right from the drop of the green flag. Saturday’s race winner and second-on-the-grid Nicolai Elghanayan in the #71 Marco Polo Motorsports KTM X-bow got the jump on pole sitter Pumpelly to take the lead through turn 1. Pumpelly then passed Elghanayan through turns 9 and 10 only to relinquish the lead once again on lap 2 through turn 3.

Before lap 2 could be completed, Pumpelly then re-passed for the lead while Gar Robinson in the #74 Robinson Racing Chevrolet Camaro GT4 and Ian James in the #50 Team Panoz Racing Panoz Avezzano GT4 moved past Elghanayan who started to fall back into the pack. Am division driver Jarett Andretti in the #18 Andretti Autosport McLaren 570S GT4 led in class and was 5th overall.

The leaders held their positions until lap 9 when Andretti gained two position up into third. Also, on a charge up from 8th, three-time series champion Michael Cooper in the #10 Blackdog Speed Shop McLaren 570S GT4 moved up to 4th. By lap 13, Andretti continued his charge moving up to second overall.

By Lap 14 the top 5 were Pumpelly, Andretti, Robinson, Cooper and James. While Andretti led the Am division, Drew Staveley in the #12 Ian Lacy Racing Ford Mustang GT4 ran 9th overall, 2nd in Am class. 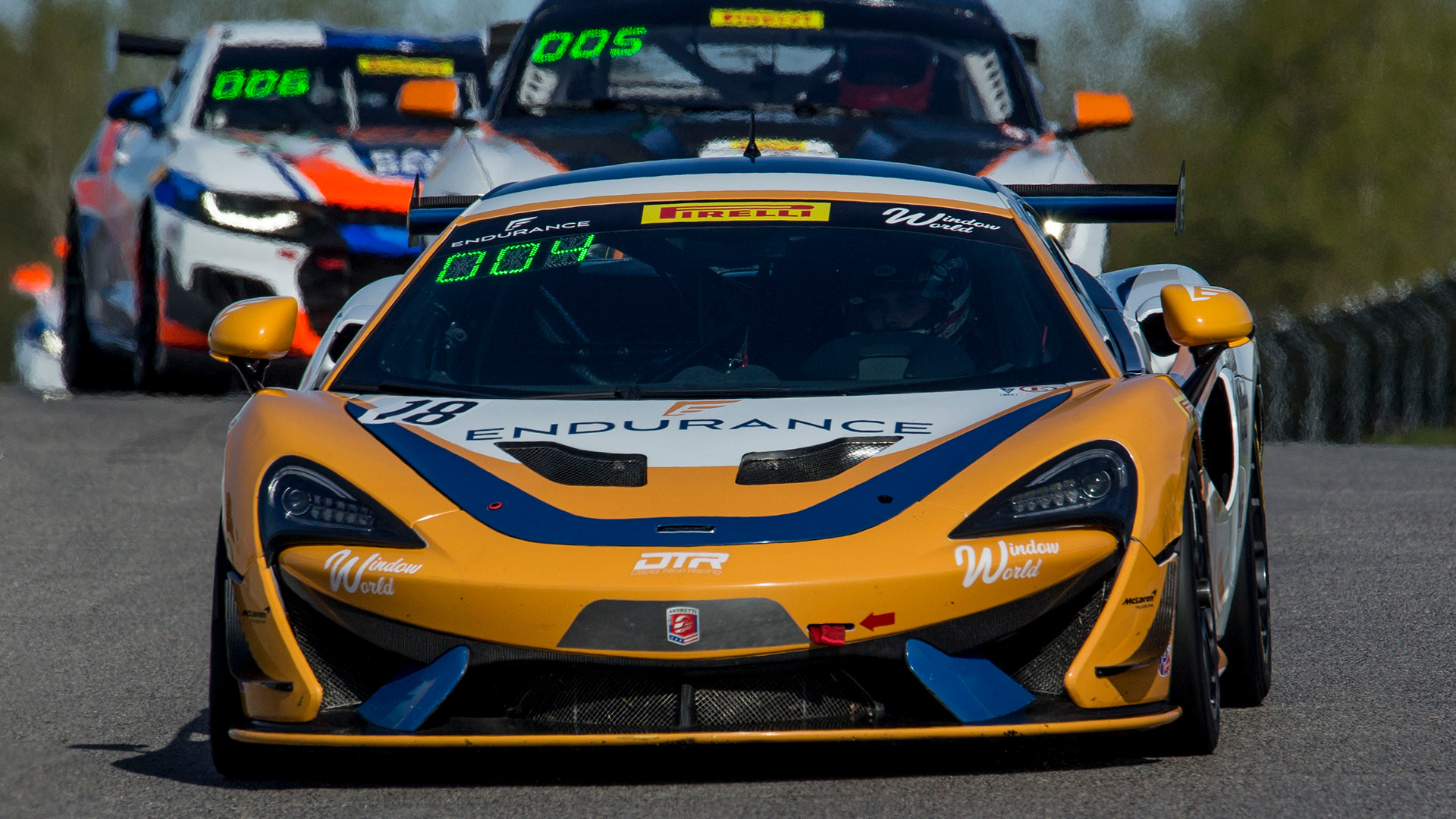 Cooper continued his charge on lap 20 moving past Robinson to slot into 3rd. James then moved past Robinson on lap 22 through turns 3 to move into 4th. By lap 25 Andretti started to close on Pumpelly reducing the gap to .325 seconds. On lap 27 Andretti moved side-by-side with Pumpelly through turn 8 but the driver of the #66 machine defended well holding on to maintain the lead.

With under 10 minutes remaining in the contest, battles behind Pumpelly ensued as Andretti and Cooper dueled on lap 31. James then passed Cooper into 3rd on lap 31, only to have Cooper re-pass for position. The battles allowed Pumpelly to gap the group behind him.

At the checkered, Pumpelly crossed the line in first by 1.4 seconds. Cooper finished second, James third, Stacy fourth and Andretti 5th, first in the Am class. Staveley finished 8th overall and 2nd in Am, while Tony Gaples, in the #11 Blackdog Speed Shop McLaren 570S GT4 finished 10th overall and 3rd in Am.

Results are provisional until posted final. With the win, Pumpelly provisionally leads the Pirelli GT4 America Sprint series driver’s championship with 98 points, while James has 93 points, and Cooper has 90 points.