The fast 2.459-mile, 10-turn historic CTMP (formerly Mosport Park) track always proves to be a tough circuit for the drivers, but a popular tour stop in the Blancpain GT World Challenge series.

Battling for the GT4 SprintX East point lead at CTMP, the Raphael/McAleer team needed valuable points in both 60-minute GT4 SprintX races this weekend. In addition to scoring second to the KrugSpeed pair of Anthony Geraci and Elivan Goulart Friday, the No. 29 BMW M4 GT4 also placed fourth in Saturday’s GT4 SprintX feature for the East Pro-Am category. 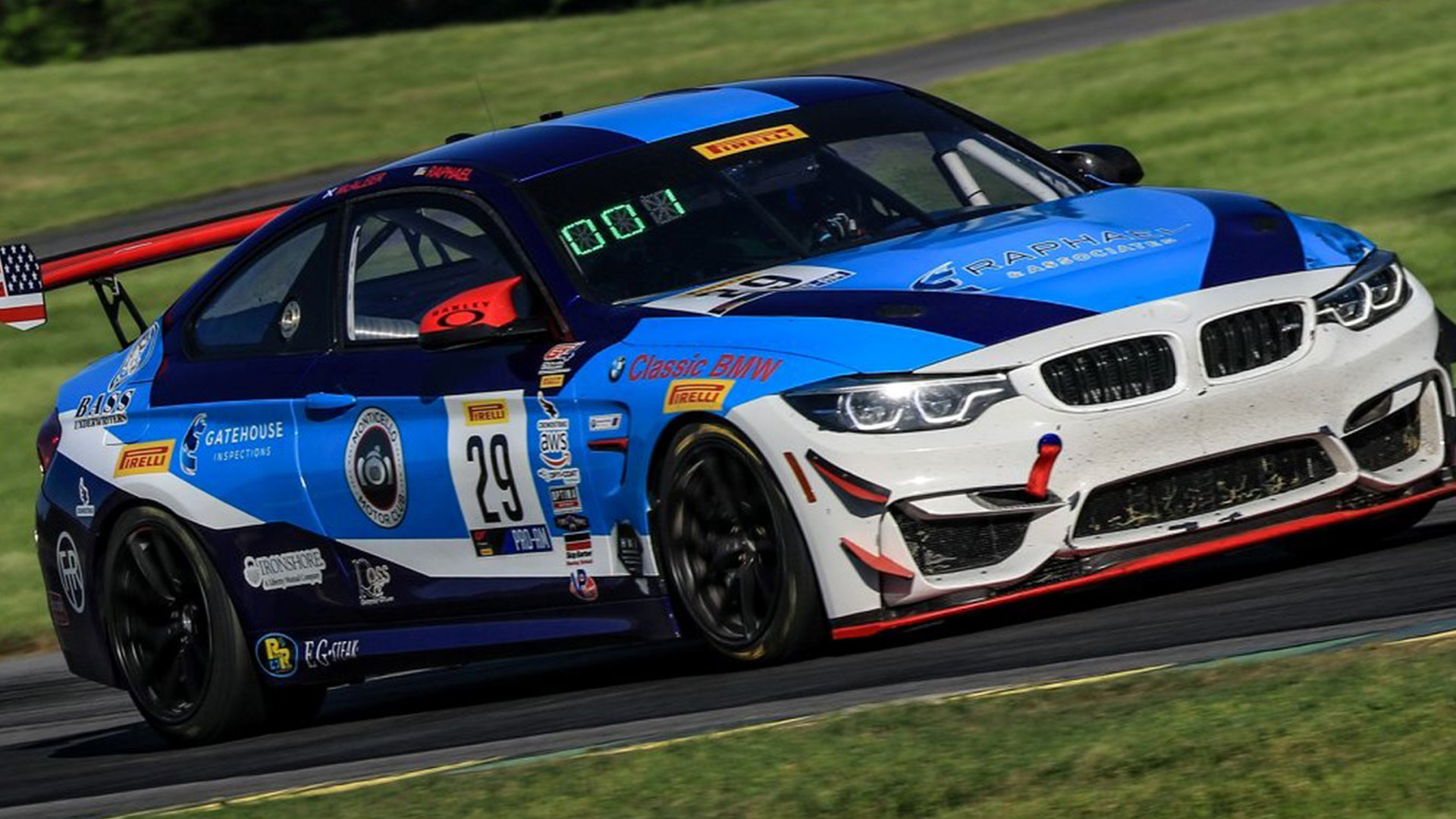 “We were hoping to capture more wins this weekend at CTMP,” said Toby Grahovec, Fast Track Racing team manager and driver. “We just missed out to repeat the VIR success, but we’ll take the podium finishes, collect our important points and prepare for our next event. The CTMP course is fun, but tough on a driver and team. Taking more podiums keeps us in the hunt for the series championships now.”

On Friday, the Grahovec/Ohmacht duo drove to third place in the GT4 SprintX Pro-Am national division in the 40-lap, 60-minute race. Then they returned on Saturday with a second-place performance to another BMW M4 GT4 squad of Sean Quinlan and Greg Liefooghe.

The Fast Track Racing organization now returns to his Plano, Tex., headquarters and prepares for the next Pirelli GT America competition set for June 7-9 at Sonoma Raceway in northern California.