Cooper finished second in a tense battle for his fifth consecutive top-three finish in the No. 10 Blackdog Speed Shop McLaren 570S GT4. Teammate Gaples navigated through his own mid-race tussle for a hard-earned third place result in GT4 Am.

It sets the pair in solid championship position heading to the next round in two weeks at Sonoma Raceway. Cooper also won the race’s Hard Charger award – the third in as many events for the Blackdog Speed Shop duo.

Cooper, a three-time World Challenge champion, began the 50-minute race eighth but gained two spots on the opening lap with another aggressive start. By Lap 10, he was into the top-four with a power move off the long backstretch.

With 20 minutes left he was into the overall top-three and swapped positions twice with competitor Ian James. The final lap saw Cooper gain one more spot to second place to match his best overall finish of the season.

The result puts him provisionally third in the GT4 Pro championship. 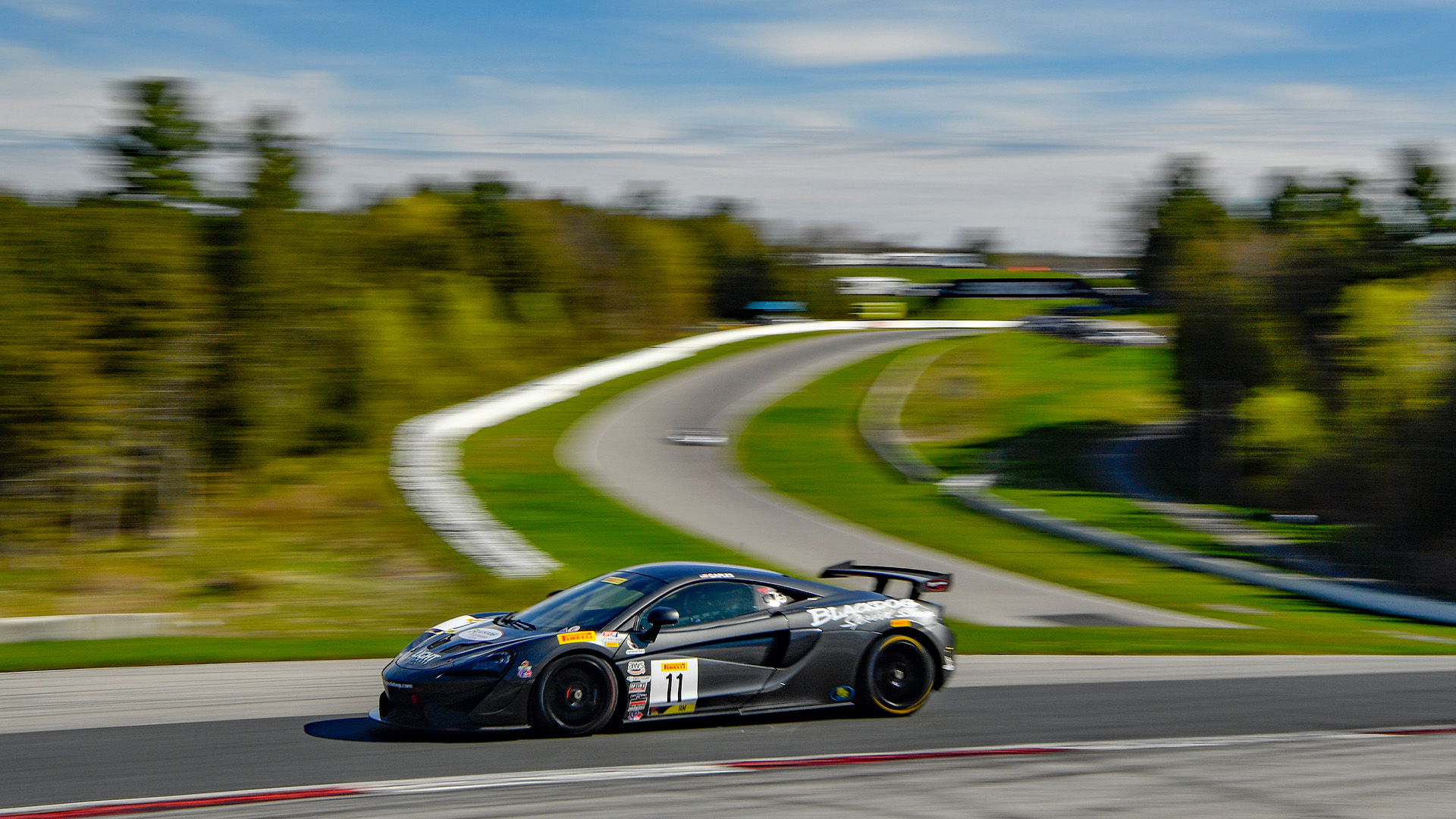 Sunday also saw Gaples’ usual charge through the field. After briefly losing ground at the start, Gaples settled in with the No. 11 Blackdog Speed Shop McLaren and started marching forward. It took him less than 30 minutes to move into the overall top-10 and past two other competitors to third in class.

Gaples’ pace remained consistent throughout, good enough to cover fourth place by more than 10 seconds at the end. He unofficially moved to fifth in Am points and within striking distance of the top-three heading to Sonoma, where he recorded his first career victory.

Blackdog Speed Shop’s next event in the Pirelli GT4 America is at Sonoma Raceway from June 7-9.

MICHAEL COOPER, NO. 10 BLACKDOG SPEED SHOP McLAREN 570S GT4: “That was tough, intense… but a fun race today. The Blackdog Speed Shop guys did a great job with the overnight changes which were just enough. I was really surprised how much the cars that were quick yesterday struggled today. We aren’t there yet but today seemed as close as it has been all season for us. There’s still work to be done to match the Porsche, but two podium finishes on the weekend continues our good momentum heading to Sonoma.”

TONY GAPLES, NO. 11 BLACKDOG SPEED SHOP McLAREN 570S GT4: “I’m happy with today’s result. At the start of the weekend, I wasn’t sure if we would have the pace or performance to challenge for a podium finish, so we definitely will take this and the points. We made a change overnight to both Blackdog Speed Shop McLarens that helped us a little bit. Around this track, those little changes can make big differences. So I enjoyed the fight, and I think we’re headed to Sonoma on the right track.”