Sports car driver Erin Vogel made her professional racing debut this weekend in the SRO sanctioned GT4 America series at Sonoma Raceway with Flying Lizard Motorsports. Coming from the Porsche Trophy West USA series, Vogel immersed herself in the highly competitive series for the weekend’s double header event, finishing both races unscathed, earning valuable seat time in the Audi R8 LMS GT4 car.
“This is a tough series to make your professional debut, but Erin did an amazing job.” said Program Manager Darren Law. “Her lap times consistently improved over the course of the weekend, and she was able to grow her race craft in a more competitive environment than what she’s used to. She did very well, and we’re hoping to see her back in the series soon.” 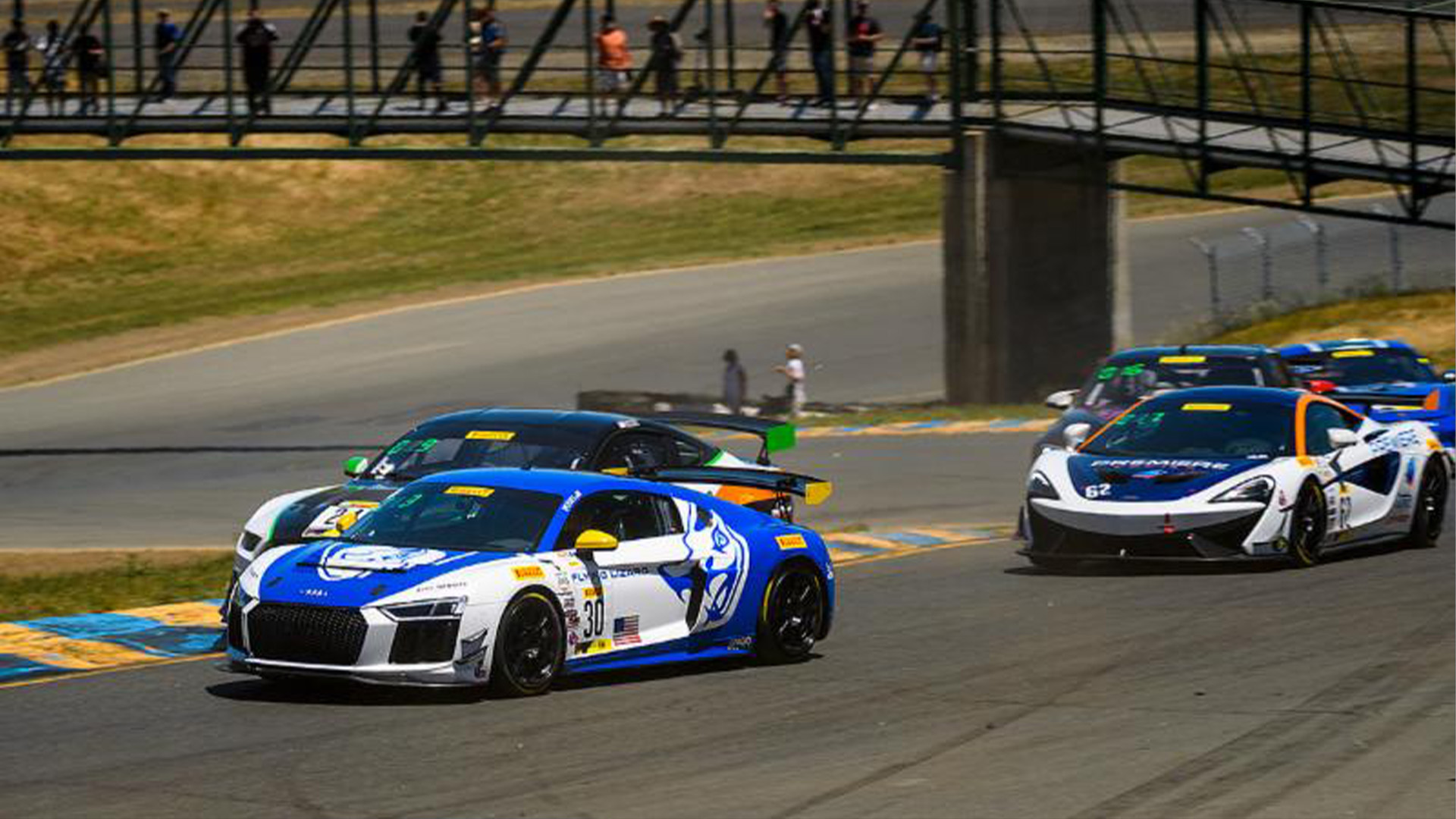 Vogel and the Audi GT4 were able to partake in four test and practice sessions before qualifying for race one on Saturday afternoon. Vogel’s qualifying lap time improved by over three seconds, setting her up to start fifth in the Sprint AM class, 13th overall out of 21 cars. Race one opened with early contact from another car, but unphased, Vogel continued on. The field spread out fairly quickly into the race, and Vogel finished in 16th position overall, eighth in the Am class. She started race two near the rear of the field and expertly avoided an incident in the opening turns of the first lap. She maintained class position, bringing home the Audi R8 LMS GT4 in great condition, finishing ninth in the AM class for her GT4 America debut.
“I’m very pleased with how this weekend went,” said Vogel. “My goal was to drive clean, finish both races, and prove to myself that I can compete at this level. I know now what the work is to get competitive in this series and be faster. I love the team. Everyone at Flying Lizard Motorsports is fun to work with, and they know how to do their jobs better than most.”
Vogel will next compete with Flying Lizard Motorsports in the Porsche Trophy West USA series, racing her Porsche GT4 MR at Utah Motorsports Campus at the end of July 19-21.
Flying Lizard Motorsport will next race July 12-14 at Portland International Raceway, with full time driver Michael Dinan returning to the driver’s seat, following an eight week break due to a shoulder injury. The Portland double header will run the SprintX format where the race time will extend by 10 minutes to an hour long race, with Dinan sharing the driving duties for the pair of races with co-driver Robby Foley in the No. 21 Porsche 718 Cayman GT4 Clubsport. For series and schedule information, visit www.gt4-america.com.