At turn 1 Trent Hindman in the #77 Park Place Porsche 718 Cayman CS MR swung around the outside of the #34 Murillo Racing Mercedes AMG of Christian Szymczak to go from fourth to third and would begin his pursuit of the #37 RS1 Porsche Cayman GT4 CS-MR of Jan Heylen.  At the same time, Heylen began reeling in the Wittmer-driven Mustang and would close to within two-tenths of a second of the leader. 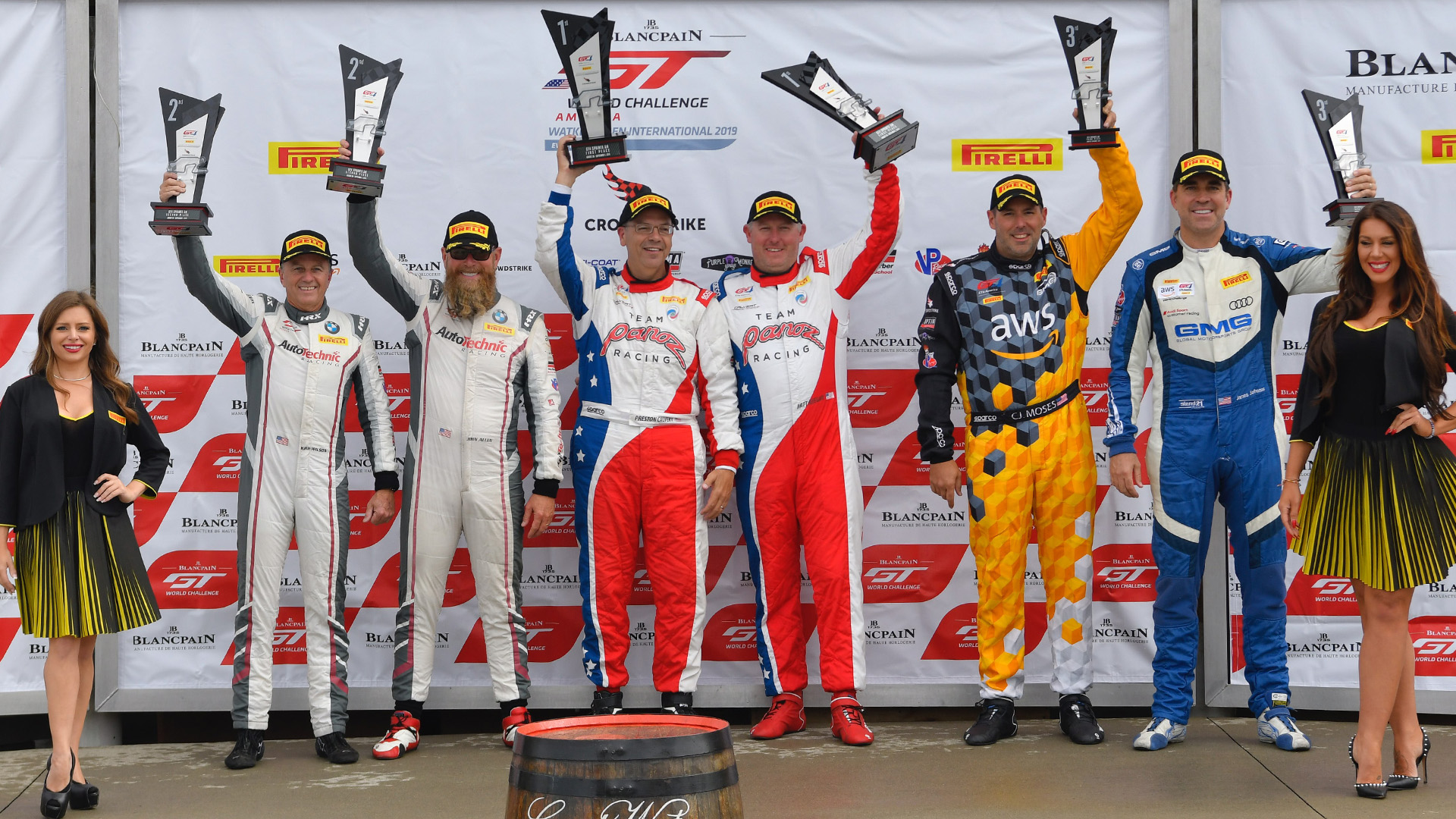 With 40 minutes left on the clock, Heylen would power past Wittmer for the lead on the inside of turn 11 and instantly pull a gap of 2.2 seconds over his rivals.  Trent Hindman would then close on Wittmer and begin stalking as the clock ticked down closer to the pit window opening for driver changes.

As the pit window opened, Wittmer would see an issue with his car and fall from second to sixth overall in just a few turns.   While that was happening Steven McAleer in the #29 Classic BMW M4 GT4 would slide past Hindman for second. 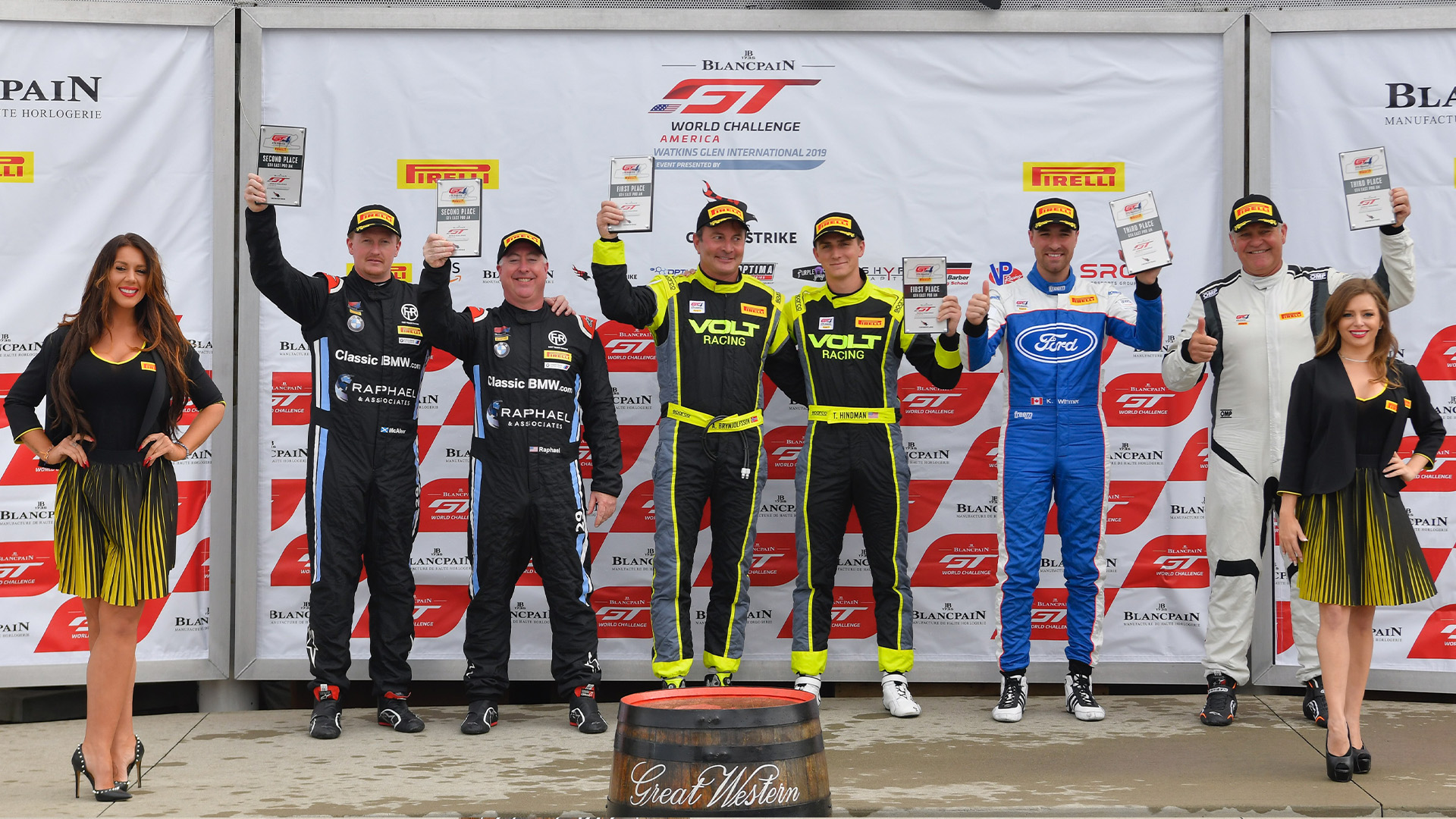 With 27 minutes remaining, the leading #37 RS1 Porsche of Jan Heylen would unexpectedly go wide at turn 6 and hit the tire barriers, ending his race.  Nearly the entire field would dive for the pits expecting a safety car to be called with the #34 Murillo Racing Mercedes, now with Matthew Fassnacht driving, coming out in first position.

A safety car would be called for a separate incident with 23 minutes remaining as the #46 NOLASPORT Porsche 718 Cayman CS MR of Patrick Byrne and #3 Epic Motorsports BMW M4 GT4 of Randy Mueller had a massive incident at turn 10 with both cars getting into the armco.  The #24 Ian Lacy Racing Mustang would face more issues during the safety car period and pull into the pits, ending its day.

Due to armco repairs needed, race officials would call the race with 8 minutes remaining with the #34 Murillo Racing Mercedes AMG GT4 (East Am) taking the win.  “The end result was obviously good, but I would have liked more time in the car!  I want to thank Murillo Racing for a great car this weekend and Christian [Szymczak] for driving a good, clean race,” said Matthew Fassnacht. 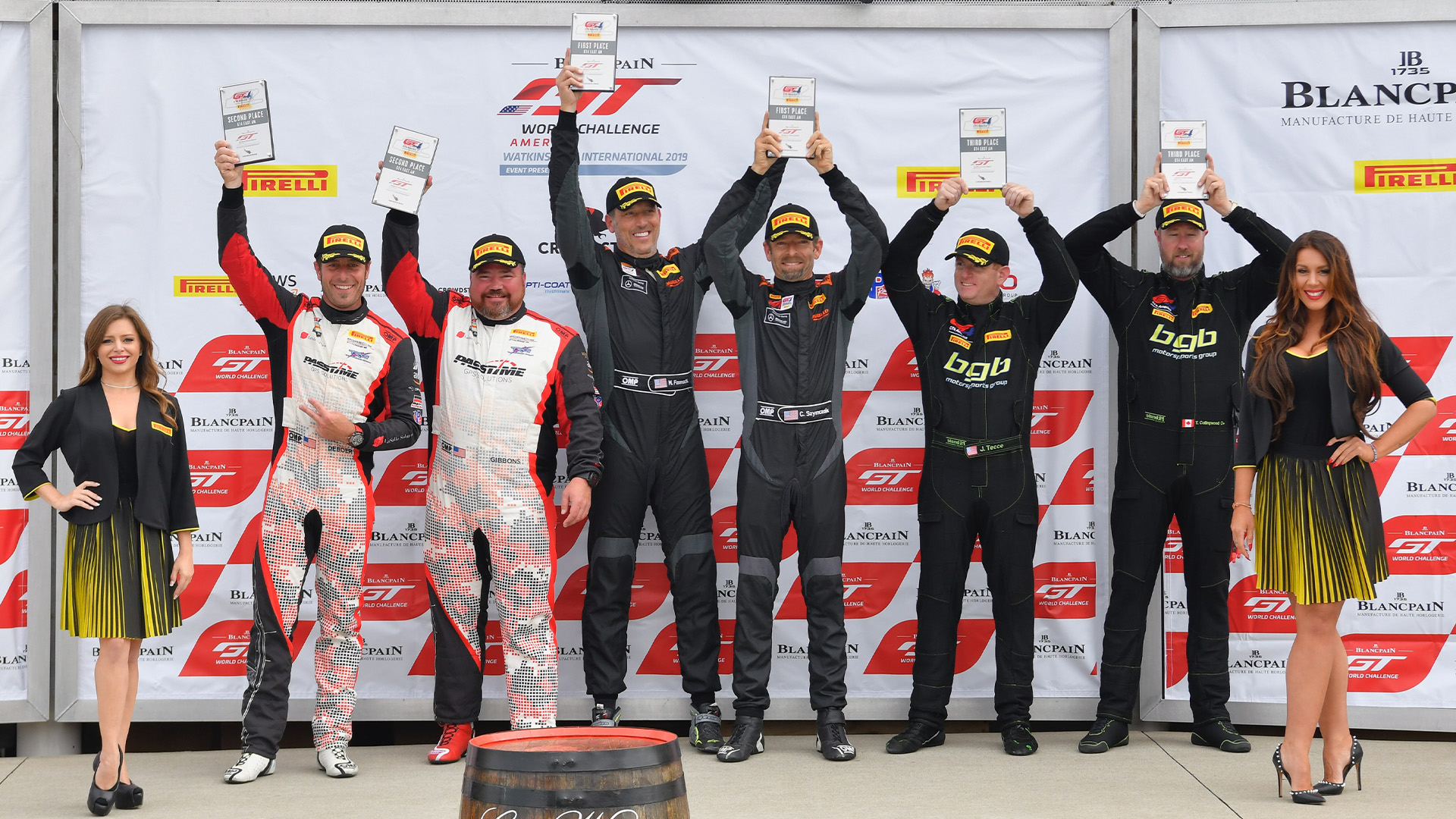 The Pirelli GT4 America SprintX series will next be in action September 20th-22nd at Road America in Elkhart Lake, Wisconsin.