WATKINS GLEN, N.Y. – It’s been a banner year for the Rearden Racing combination of Jeff Burton and Vesko Kozarov in the GT4 SprintX action this year in the Pirelli GT4 America Am division, a part of the Blancpain GT World Challenge America sports car racing campaign. 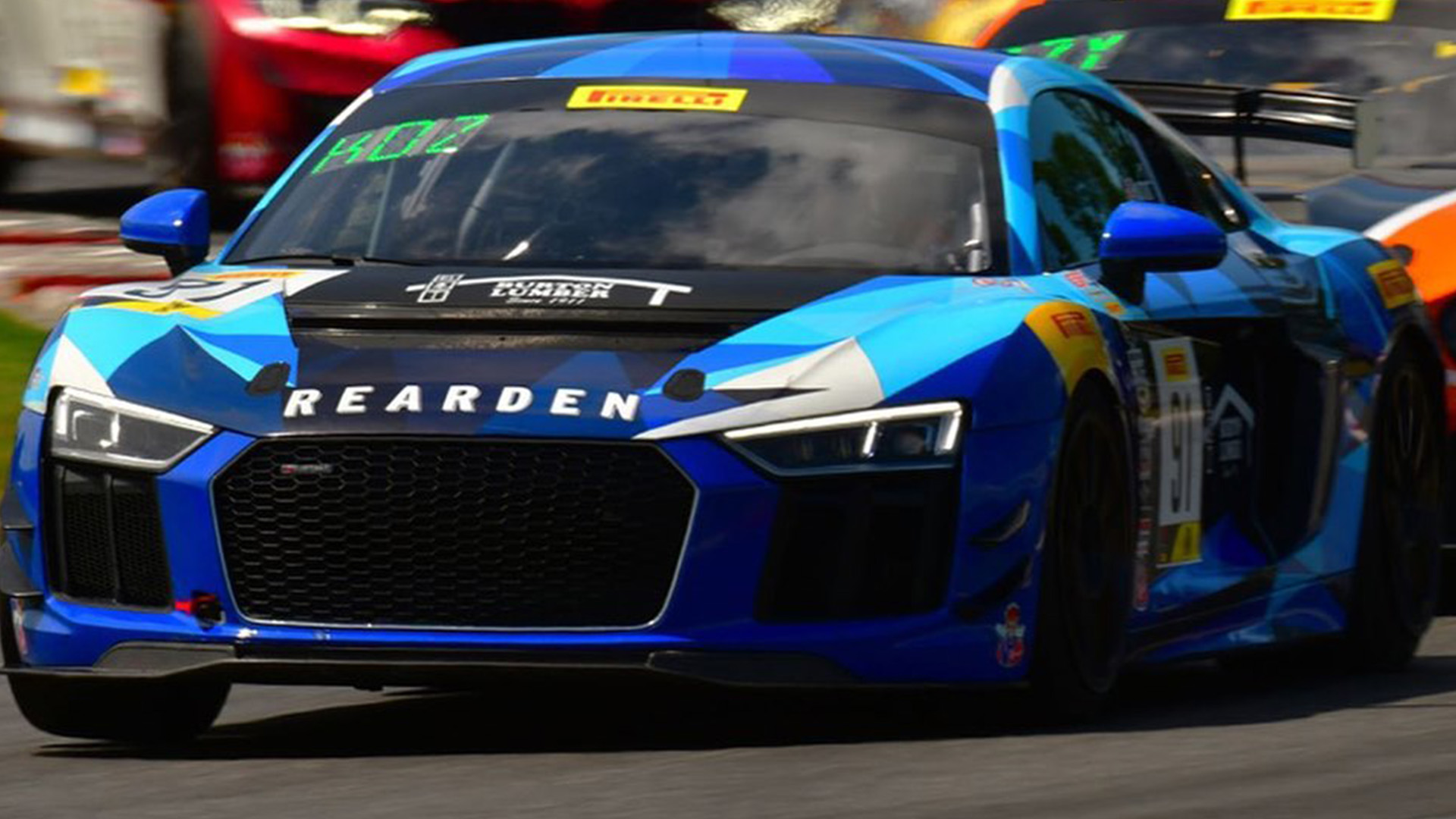 Action for the GT4 SprintX events begins this Friday with practice runs and race one at 5:50 p.m. EDT Saturday with race two set for 1 p.m. EDT Sunday at the Glen.

For Burton, this weekend’s appearance at Watkins Glen will be his first in competition at the famed road course, but recent testing has the Utah businessman in a positive attitude for the GT4 events.

“The Glen has great history of racing,” said Burton, who’ll also compete in the two 50-minute GT4 Sprint races this weekend. “I’ve never raced there before. A couple of weeks ago, we practiced at the Glen and it was fabulous. It’s fast and technical. The high speed esses that carry right into the bus stop are great. Wow, it’s a racer’s dream to navigate a car around the track successfully. The Audi seems to like the Glen, negotiating turns at the higher rate of speed and the car performed well. Vesko and I should do well I believe. ‘V’ has helped me with the tools needed and, if we both drive with precision, our chances are good being back on podium.”

Team owner Lara Tallman has been impressive with Burton’s continued improvement at the wheel of the Rearden Racing Audi R8 and working with the veteran Kozarov in the highly competitive GT4 division.

“Jeff has come a long way in his driving development, and we are excited with the victories this year,” said Tallman, who has put her World Challenge driving career on hold to over say the Rearden Racing team this year. “Vesko and Jeff have become a solid pair in the SprintX class, and we are looking to add to our win column at Watkins Glen. Vesko has been there many times and will guide Jeff in his initial outings at the famed track. After some testing a few weeks back, we think we are set for a strong performance again.” 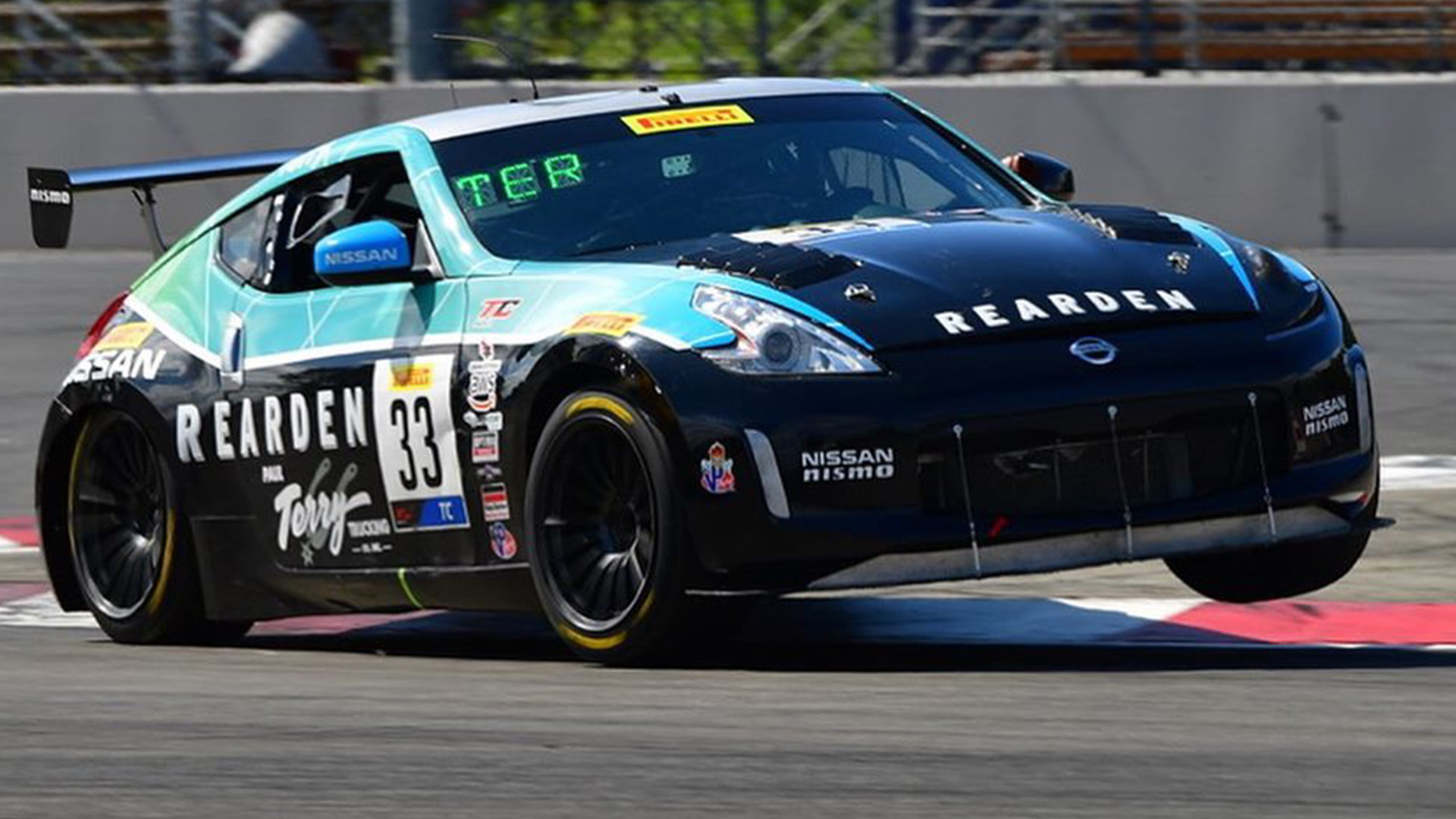 In addition to the No. 91 Rearden Racing GT4 entry at Watkins Glen this weekend, Paul Terry of Fillmore, Utah, will drive the #33 Terry Trucking/Rearden Racing Nissan 370ZX TC sports car in the Touring Car category. Terry currently ranks seventh in the TC national point standings despite driving in just four of eight TC races in 2019. With a limited schedule, Paul has three top-five finishes including a third at Portland last month.

The sister Nissan 370ZX TC machine driven by Kozarov clinched the TC national title last year at Watkins Glen, and Tallman is hoping for a good run by Terry at the classic Glen circuit.

“Paul ran very well last month at Portland against the tough BMW field,” said Tallman. “We are very hopeful he can put our Nissan 370ZX back on the podium at the Glen. It is a difficult task racing against the BMWs in TC this year.”

ABOUT REARDEN RACING: Owned and operated by Lara Tallman and driver Vesko Kozarov, Rearden Racing’s roots date back to the 2000s when Tallman drove in the IMSA ST class. The Utah-based operation consists of several aspects with design, build and service racing cars; offering “arrive and drive” programs in both professional and club racing clients and manufacture and distribute a variety of racing-related parts. On the track, Rearden Racing has been a winner, taking the 2018 Touring Car Championship with Kozarov as well as the prestigious 2017 and 2018 SRO Intercontinental GT Challenge for the GT4 category at WeatherTech Raceway Laguna Seca. The Rearden name comes from the popular Ayn Rand book, “Atlas Shrugged,” a novel about advocacy of reason, individualism, self-made, independent thinkers, inventors, business owners and risktakers.