Both Blackdog drivers will regroup for Sunday’s second GT4 Sprint race of the weekend at 9:40 a.m. ET.

Cooper’s result was enough to keep him second in the GT4 Sprint Drivers Championship with five races to go. The McLaren Automotive factory driver started sixth on the grid but gained a position on the opening lap. He soldiered on to the halfway point when he moved up into fourth. A full-course caution late in the race brought Cooper back to the leaders but the pace of the McLaren couldn’t match the front-runners. 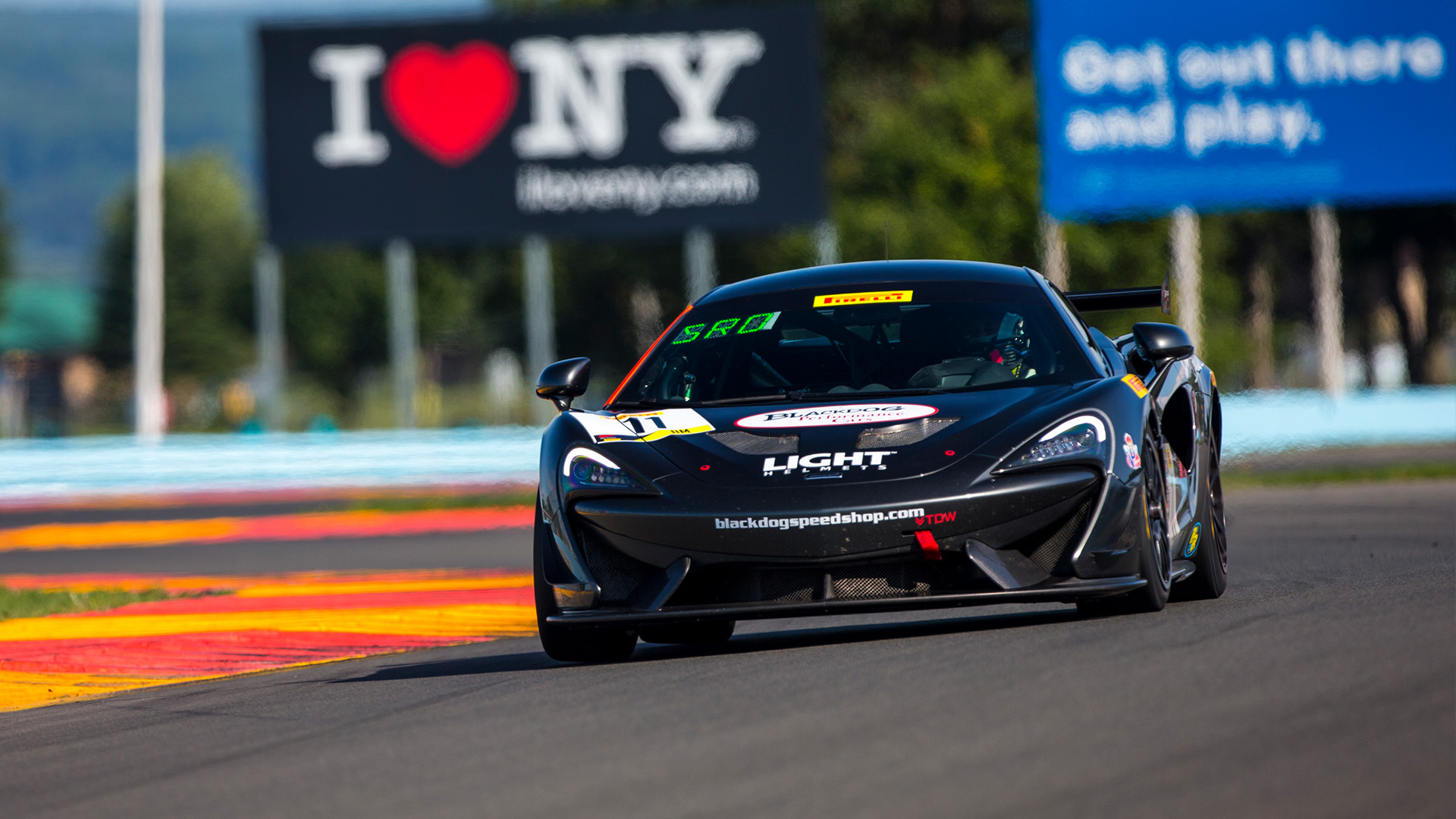 Gaples unofficially moved up to second in the Sprint Am Championship with his Saturday result. He ran a consistent pace in the opening half of the race before gaining a couple spots into the overall top-10 before the late-race yellow.

Not having the pace to challenge for a race win was the least of his problems by the end of the race as the McLaren returned to pitlane with a plume of smoke trailing. Gaples was unharmed, but the team was sorting the cause of the problem after the race.

His finish did extend his season-long streak of points-paying finishes to 10 straight – tops among all Sprint drivers regardless of class.

Gaples’s McLaren is expected to start Sunday morning’s event, which will be available at gt4-america.com. CBS Sports Network’s broadcast is scheduled for 1 p.m. ET on Sunday, September 8.

MICHAEL COOPER, NO. 10 BLACKDOG SPEED SHOP McLAREN 570S GT4: “My race was pretty uneventful. I was essentially stuck where I started. I got around Spencer Pumpelly on the start. We went side-by-side in the Esses, and it was good to race with a driver that can be trusted. When Jared Andretti got the flat tire, I got around him and was stuck in fourth place holding off Spencer. Unfortunately I didn’t have anything for the Camaros or Panoz. I thought maybe I could get the Panoz on the restart; but he hung back really far from the Camaros and went earlier which bought him a buffer to me. The track seemed to be quicker at the end, and with the top-three having left me already I was able to put together a really clean lap with some draft to start third tomorrow. We’ll see if we can’t come up with something for them tonight to help us tomorrow.”

TONY GAPLES, NO. 11 BLACKDOG SPEED SHOP McLAREN 570S GT4: “It’s great to be back at Watkins Glen International and to be back in the car. Everything was going pretty well until late in the race when the car started to go away. The smoke… it may have looked like I lit up a few packs unfiltered before I got out of the car! But I’m fine. We don’t know yet what exactly happened but it doesn’t seem catastrophic. Fortunately I was still able to put in a good lap at the end and lost just one spot. The guys will have some work to do tonight but I have faith in them. We’ll aim to be ready to go tomorrow.”