WATKINS GLEN, N.Y. – For the second year in a row, Flying Lizard Motorsports has graced the GT4 America podium at Watkins Glen International. Drivers Michael Dinan and Robby Foley earned a third place finish on Sunday in the No. 21 Porsche 718 GT4, netting the team’s 94th professional podium in its 16 year history.

“We’re all very proud to see Michael, Robby, and the Flying Lizard Porsche back on the podium,” said Team Principal Thomas Blam. “With four races in two days, it was a long and demanding weekend for everyone, but we executed well and it paid off with another podium finish.”

Running in both the Sprint and SprintX championships, the team and Michael Dinan ran four races between Saturday and Sunday. Tire wear proved to be a nemesis of the weekend, with the track being particularly demanding on the left rear corners of many of the cars in the field. In both of Saturday’s races, higher temperatures led to faster tire degradation, forcing many of the competitors to make additional stops than originally planned.

The team regrouped for Sunday’s races, assessing additional changes to the cars to help with the conservation of the tires. Dinan started Sunday’s Sprint race in eighth in the pro-am class, fighting a slight vibration to run a clean opening stint, despite getting pushed several positions down. He pressed on and worked his way back up, able to finish the morning race in eighth position.

Foley took the green flag for the SprintX race from fifth in the pro-am class, eleventh overall. As the GT4 field charged through turn one, he kept the car clear of contact, gaining several positions in the opening turns to only give them back later in the lap. He continued on, enduring several tense battles for position to keep eleventh. He pitted during the mandatory pit window, and Dinan took over, joining the race in fourth after a strong pit stop by the Flying Lizard crew. Disaster hit for several competitors laps later, resulting in a full course caution and additional stops to be made. Dinan was able to stay out to the checker flag, which waved ten minutes early due to the incident on track. The podium marks Dinan and Foley’s third so far in the 2019 season. 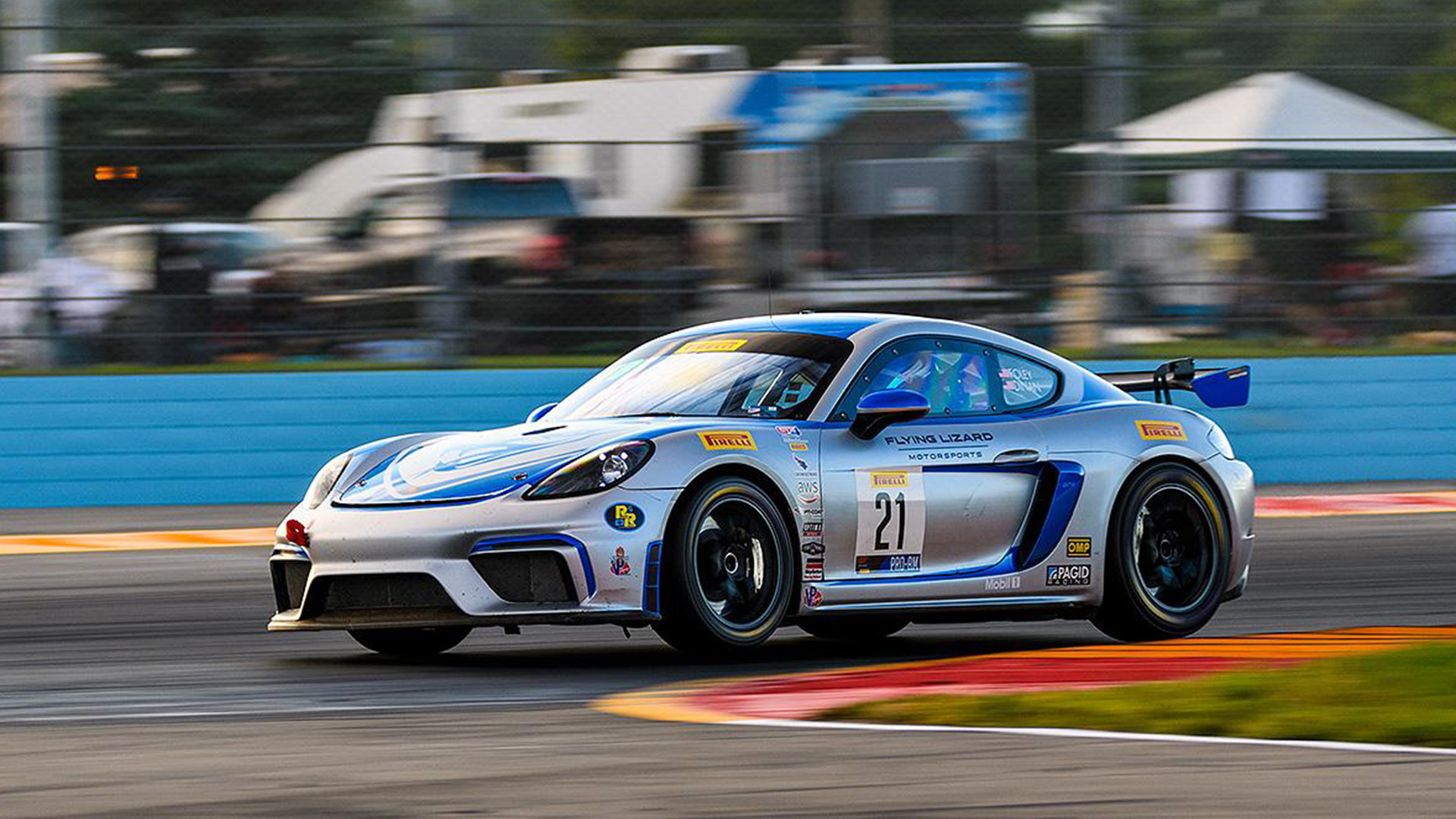 “It was great to end the weekend with a podium finish,” said Dinan. “Robby did a great job in his stint and the team did a phenomenal job all weekend. I’m happy with the progress I am making as a driver, and I feel I am consistently improving. I’m looking to take this momentum into the final two races of the season and have a strong finish.”

“It’s good to be back on the podium with Michael, after a hiatus since Circuit of the Americas,” said Foley. “It has been a trying weekend for us, so this is a big positive to end the weekend with. We’ll try to learn from this weekend and take it to Road America.”

Road America will host the penultimate race weekend of the year September 20-22. Flying Lizard Motorsports has celebrated a fair amount of success at the Elkhart Lake, Wisconsin track, with one win, eight podiums, and fifteen top five finishes earned at the four mile road course. The event will again feature the Sprint and SprintX championships for the Pirelli GT4 America championship, where Flying Lizard will run all four races with Dinan and Foley. For full event information, visit gt4america.com.