Cooper cruised to a 4.8-second victory in the No. 10 Blackdog Speed Shop McLaren 570S GT4 and finished second in the Driver Championship, narrowly missing out after a tire failure Saturday robbed him of a points-paying finish.

Teammate Tony Gaples in the No. 11 Blackdog McLaren had the drive of the season in GT4 Am on Sunday, taking a third-place finish after starting last on the grid. The result moved Gaples into second place in the GT4 Am Driver Championship, a fitting reward for one of the series’ stalwarts. 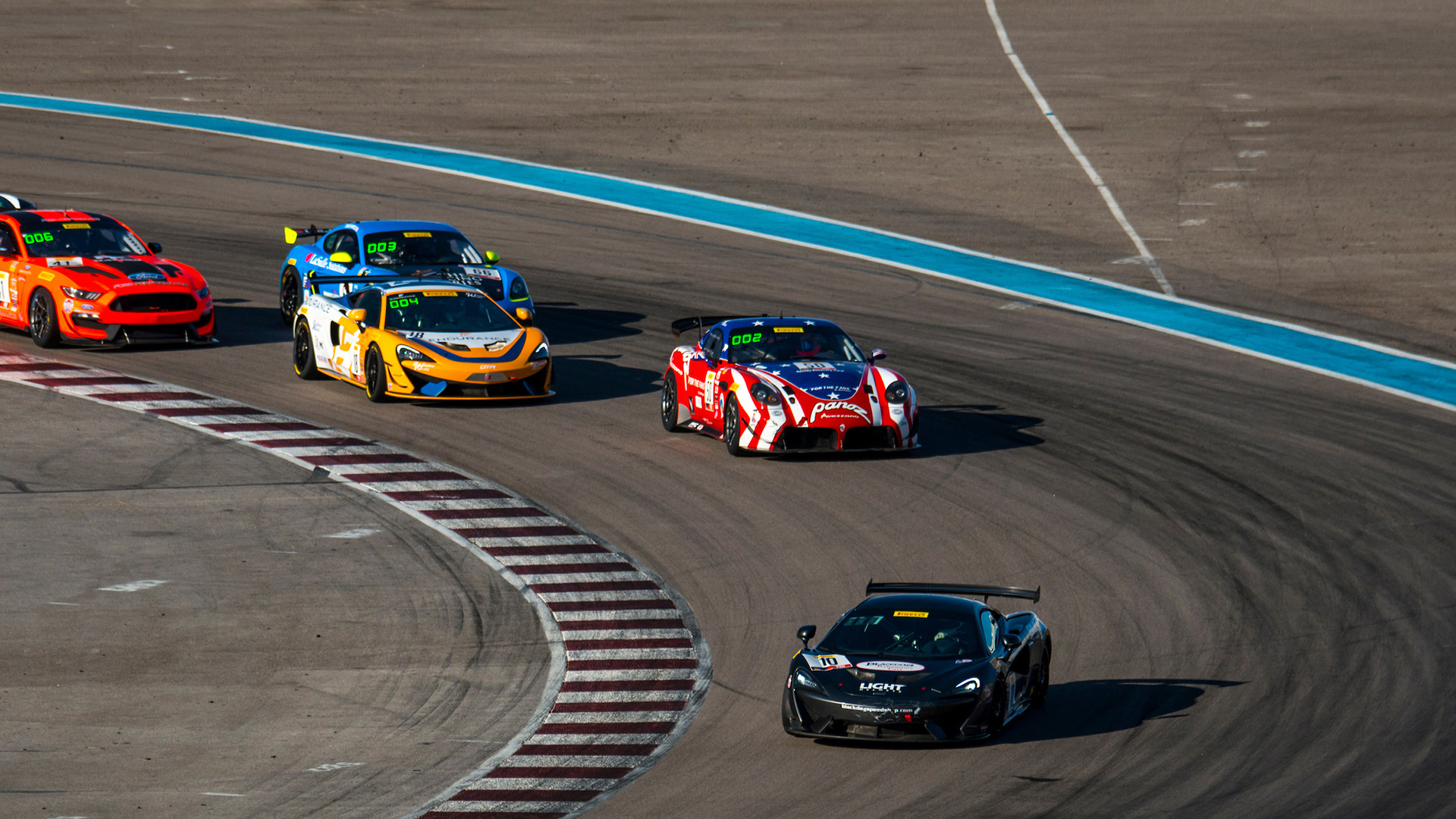 Cooper led from pole position and cruised for all 50 minutes. His only challenges came at the green flag at the start and following a full-course caution that was lifted with 34 minutes to go. Saturday’s results meant he needed to win the race and have championship leader Ian James finish outside the top-five; however the Panoz driver placed fourth. 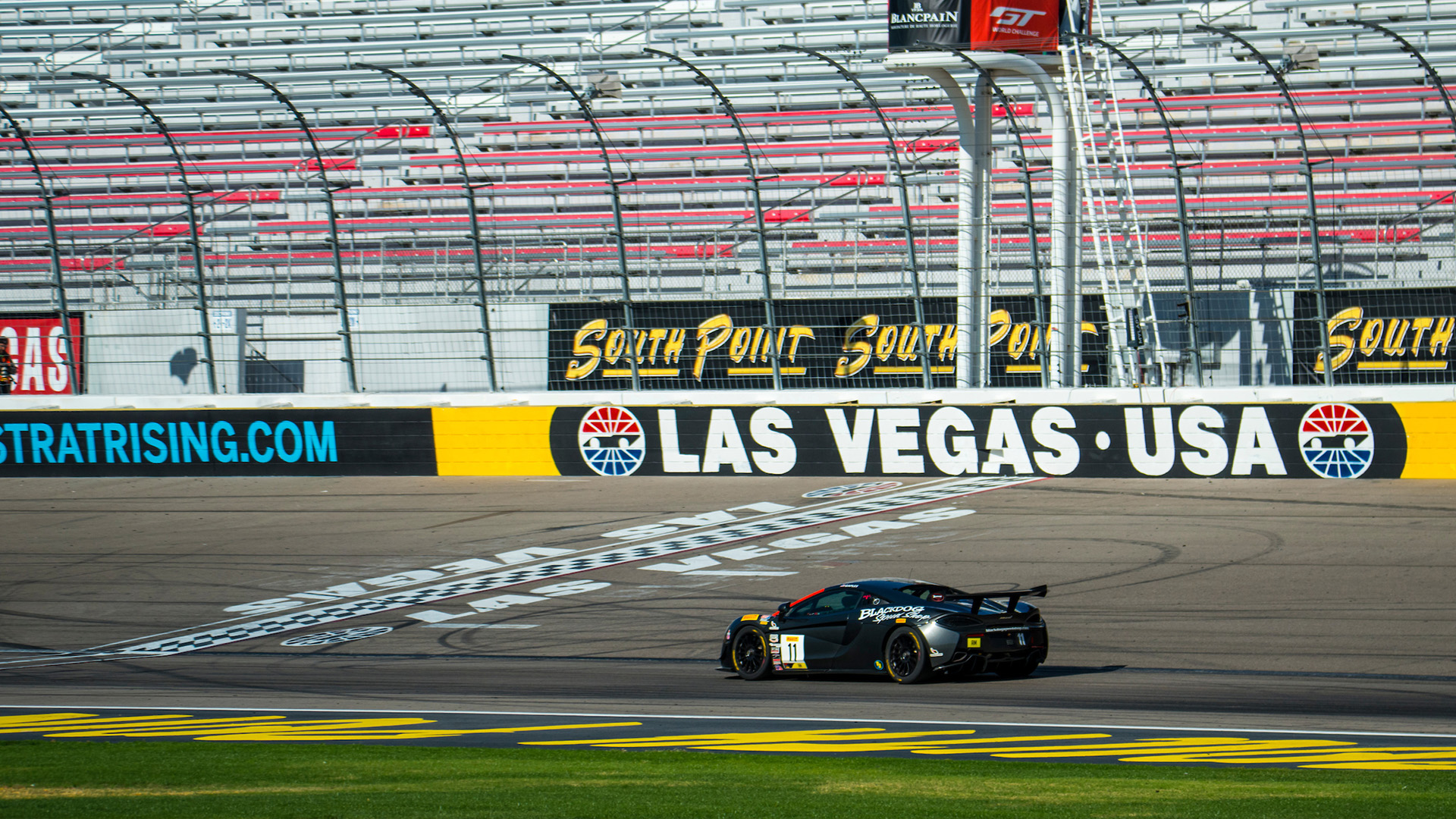 The focus turned to Gaples, who started 20th overall and 12th in class after not being classified in Saturday’s race due to another tire failure. The series’ active leader in career starts, Gaples gained four spots on the opening lap before the caution flag flew.

Once the race went green again, Gaples picked up another spot to seventh by halfway. It took him just 20 minutes to move on the tail-end of fourth place, which he secured with two laps to go. The charge proved doubly beneficial – he moved onto the class podium when the second-place Porsche stopped on the final lap and elevated him from third to second in the final points standings.

MICHAEL COOPER, NO. 10 BLACKDOG SPEED SHOP McLAREN 570S GT4: “Congratulations to McLaren for winning the Manufacturers title. I’m just really happy to drive for McLaren and work with such a great group like Blackdog Speed Shop. They give me an amazing piece of equipment every weekend to deliver wins like we did today. Coming up short in the championship is tough but the reactions I got after that drive Saturday meant a lot. I’m proud of everything we’ve done as a team. Great job today by Tony to finish on the podium and second in the championship after starting last. He’s one of the many reasons I’m proud to drive for Blackdog Speed Shop and McLaren. Hopefully we come back next year and finish one spot better.”

TONY GAPLES, NO. 11 BLACKDOG SPEED SHOP McLAREN 570S GT4: “This is a great way to end the year after such a disappointing day yesterday. The goal today was to finish fourth in the hopes that I could take second in points. It didn’t look promising at the start but the Blackdog Speed Shop guys and McLaren gave me a car that I was confident with and could race through the field. There were some close calls but in the end we controlled what we could control and it was good enough for a podium and runner-up in the championship. So in a lot of ways this feels like a win. Congratulations to Michael on his win today and on a great season. It’s been great having him back with us this season.”