With the calendar now changed over to the new year, GMG Racing driver Jason Bell wasted little time finalizing his program. Already confirmed to compete in both GT2 and GT4, Bell has announced that veteran driver Andrew Davis will join him in his quest for the GT4 America Sprint X Championship in the upcoming season as they pilot GMG Racing prepared Porsches.

"2020 is now set, and I can't wait to get started," explained Bell. "This is the earliest in my racing career that I have ever been ready for a season. We have cars in place with Porche and their amazing support, a solid team in GMG Racing and a co-driver that can help take us to the top. It is a jam-packed schedule, but I wouldn't have it any other way."

"I am thrilled to have the opportunity to rejoin Jason Bell in SRO GT4 America competition for the 2020 season. Over the past couple of years, I have teamed up with he and the GMG organization on several occasions so, a return to this team and line up was my number one goal during the offseason," added Andrew Davis. "Returning to the Porsche marque makes the program even more special for me personally, as I've achieved many high points in my career with the brand. The GT4 platform is currently producing some of the fiercest on track battles in the world, and I really like the direction that the SRO GT4 America series is headed.  It's been a pleasure racing in the series in the past, and they are working hard to make the series even better each season." 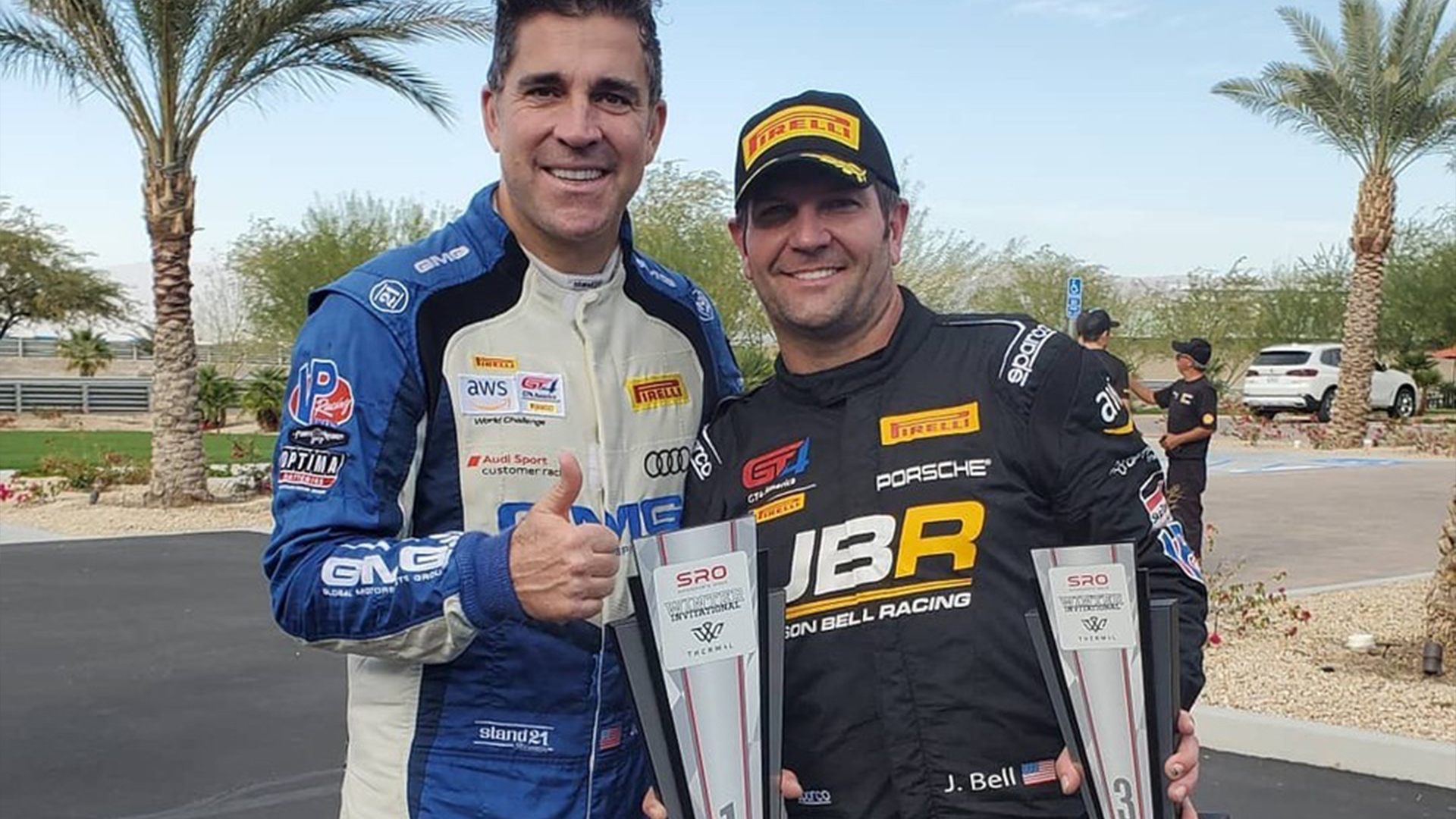 Davis continued, "In addition to my driving duties with Jason in the GT4 Sprint X category, I will also be helping him achieve his goals in the GT4 Sprint and GT2 series. Jason showed remarkable speed throughout last season, but I feel that he will be unlocking his maximum potential as a driver this season. Our goal is to finish out the 2020 season with three championships! I want to thank both Jason Bell and James Sofronas at GMG Racing for choosing me to be a part of this program."

To say that I am excited about this upcoming season with Jason would be an understatement! Jason and I have been working on these upcoming season plans since the checkered flag dropped at the finale in Vegas where he and I won the AM-AM Class in Sprint X GT4," stated James Sofronas. "We knew we had the two Caymans in play and then adding the GT2RS Clubsport into the fray, 2020 will be a banner year for Jason!  He has never been more prepared in his career and with Andrew Davis co-driving and coaching him, in addition to the entire GMG Team, I see a strong run for a Championship with this duo!  We here at GMG have been testing quite a bit over the winter and can't wait for the first race at COTA.  Jason is a great talent with immense determination to get to the top step, and I am thrilled to be there to help him reach his goals."

With the first event set to kick off in fifty-two days at the Circuit of the Americas in early March, Bell will be getting plenty of seat time leading up to the season. Already competing in the SRO Motorsports Group Winter Invitation where he was victorious in his GT2, the Floridian will take part in several test days leading up to the start of the 2020 season.

Bell added, "We are leaving no stone unturned in 2020. I have learned a lot over the past two years with GMG Racing and together we have progressed and learned so much about the Porsches. 2020 is our year!"

Jason Bell would like to thank all of his partners for their continued support. A huge thanks to GMG Racing, Kavana Rum, Ceramic Pro, Highway Systems Incorporated, Osteria Tampa, and Frost NYC.