SONOMA, Calif. – After making her Pirelli GT4 America debut at Sonoma Raceway last summer, Erin Vogel will compete in the series for her first full season SRO program, returning to Flying Lizard Motorsport to run in the SprintX championship. Joining her in the two-driver championship will be four-time sports car racing champion Michael Cooper, and the pair will pilot a McLaren 570S GT4.
“We are really looking forward to this upcoming season with Erin Vogel,” said Program Manager Darren Law. “Erin has been racing and testing with us for a couple seasons now and she has really progressed as a driver. She is fast, consistent, and very dedicated to improving her skills. Not only can she produce the lap time, but she is continuously working on several key items that will help her grow such as race craft, chassis analysis and feedback. As I have seen with several other drivers in our program, she has the potential and is at the right point in her development to step up to the SRO GT4 America series. She and Michael work well together and this series is the right place for her.”
Vogel’s racing career began as a family bonding experience in 2009, when she participated in an Audi Club High Performance Driving Experience with her parents and brother. From there, she joined the Inde Motorsports Ranch Challenge Series for two years before moving to the Porsche Owners Club in 2016. She first joined Flying Lizard Motorsports in the Porsche Trophy West USA series, earning 15 wins in the 2019 season. In 2018 she led the Lizard all female effort at the 25 Hours of Thunderhill in an Audi R8 LMS GT4, where the ladies took the win in the Toyo Tire GT Challenge class, and earned fourth overall. In addition to her Porsche Trophy West efforts, Vogel had her first Pirelli GT4 America event in June of 2019, where she continued to improve with every session, concluding with a flawless double header weekend. This season will mark Vogel’s first full season championship sharing a car with another driver.
“I’m really looking forward to my debut in a new format, and to participating in my first full season of SRO GT4 America Challenge,” said Vogel. “As a team we've been doing extensive preparation, and look forward to an aggressive test schedule through the first part of 2020 and going into the season. Michael Cooper and I have worked together previously, and we're confident that our campaign together in the McLaren is going to be very successful. Cooper brings with him extensive experience in the McLaren GT4, as does Flying Lizard, who most recently ran a McLaren GT3 at Pikes Peak.” 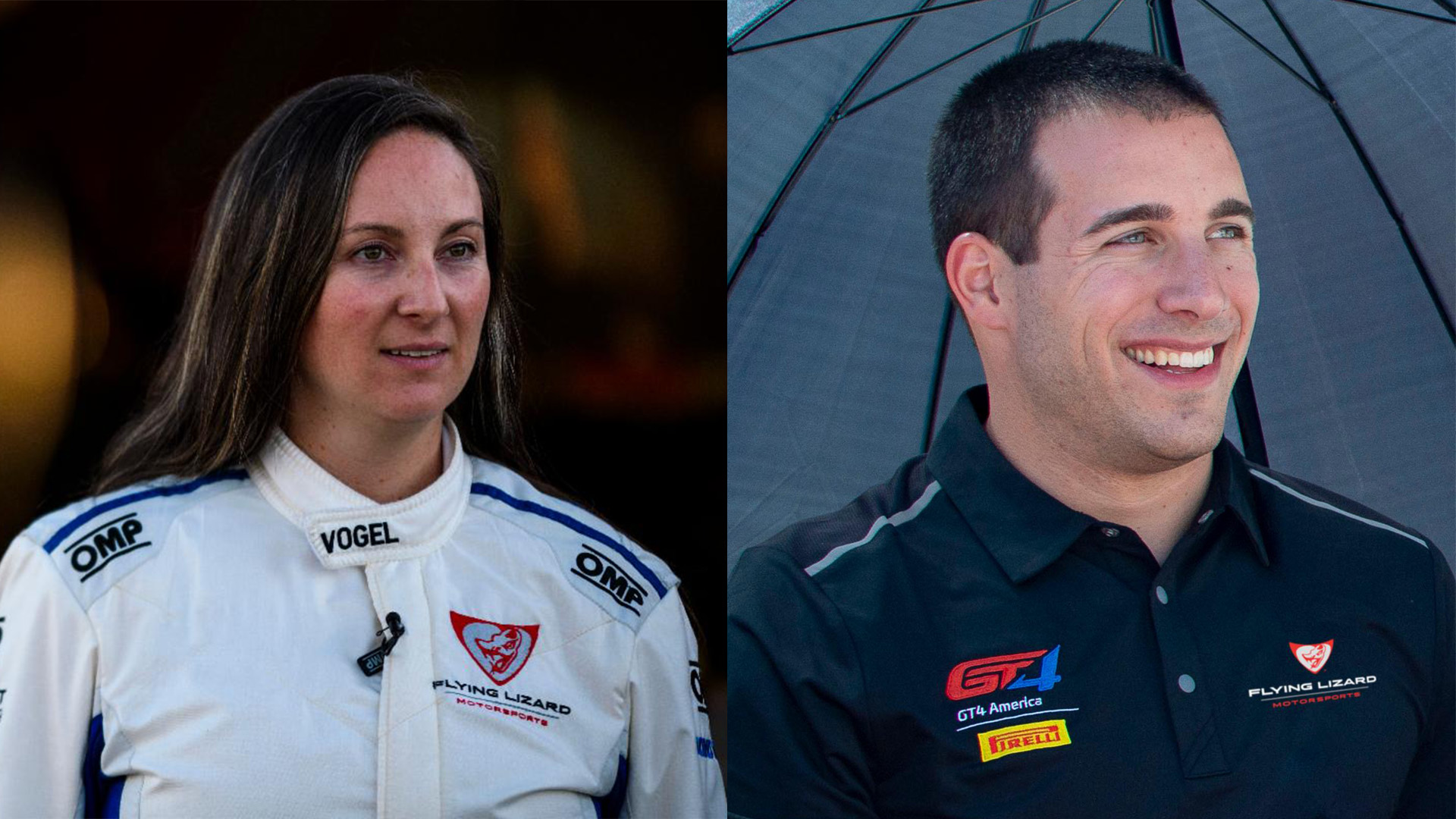 Michael Cooper, a McLaren Factory Driver and three-time Pirelli World Challenge champion will have a smooth transition to both the team and the SprintX format. Having raced against Flying Lizard managed GT3 programs in the GT World Challenge America, Cooper has also worked with many members of the team in recent years in other racing efforts. Cooper last competed in the SprintX championship in 2017 where he clinched the title for Cadillac Racing with co-driver Jordan Taylor.
“I’m eagerly anticipating getting to work with Flying Lizard after racing against them in GT3 for several years,” said Cooper. “Having also worked with members of the team previously, I know exactly what the potential for the group is. I also know how capable Erin can be behind the wheel. The speed she displayed at her first SRO GT4 event was very impressive. Once she gets familiar with the format of the series. A lot of people are going to be surprised by her pace.”
The season will be a busy one for Cooper, who will also run the entire Sprint season with longtime team Blackdog Speed Shop.
“I’m very fortunate that McLaren and Blackdog Speed Shop have allowed me to pursue this Sprint/SprintX opportunity," said Cooper. "I’ve always wanted to race as much as possible and this challenge is a step in the right direction.”
Based on site at Sonoma Raceway, Flying Lizard has continued to use their home base location in the off season months for testing in preparation for the 2020. The team received the McLaren 570S over the winter months, and have continuously been working in anticipation of the first event of the season at Circuit of the Americas (COTA), March 6-8.
Vogel and Cooper’s SprintX championship calendar will consist of eight double header race weekends, with the exception of the Long Beach Grand Prix, which will run as a single race event. Their effort will race alongside Michael Dinan and Robby Foley’s SprintX entry in an Aston Martin Vantage GT4, which Dinan will also race in the Sprint championship. The seasoning opening event at COTA will have no shortage of racing for Flying Lizard Motorsports, hosting both the first Sprint and SprintX rounds of the season. For full series information, visit www.gt4-america.com.