After a championship winning season in TC America’s TCR Cup class, Bryan Putt has stepped up into Pirelli GT4 America to team with his longtime driver coach, Kenton Koch, forming BSPort Racing. Putt claimed the TCR Cup championship in 2019 driving to seven victories in his Audi RS3 LMS machine. For Koch, he’s seen success in a variety of sports car racing and prototypes and will make his full season debut in Pirelli GT4 America. For 2020, Putt is driving again while also adding team owner to the resume and looks to continue the momentum built last season into this year. The new operation has teamed with Aston Martin and CSJ Motorsports to compete with the new Aston Martin Vantage GT4 in the SprintX category. The duo got off to a quick start at COTA earlier this season, pacing the first official practice session and finishing in the Top 5 in the Pro-Am category for Race 2. We had the chance to catch up with Bryan and Kenton for this week’s Driver Download. 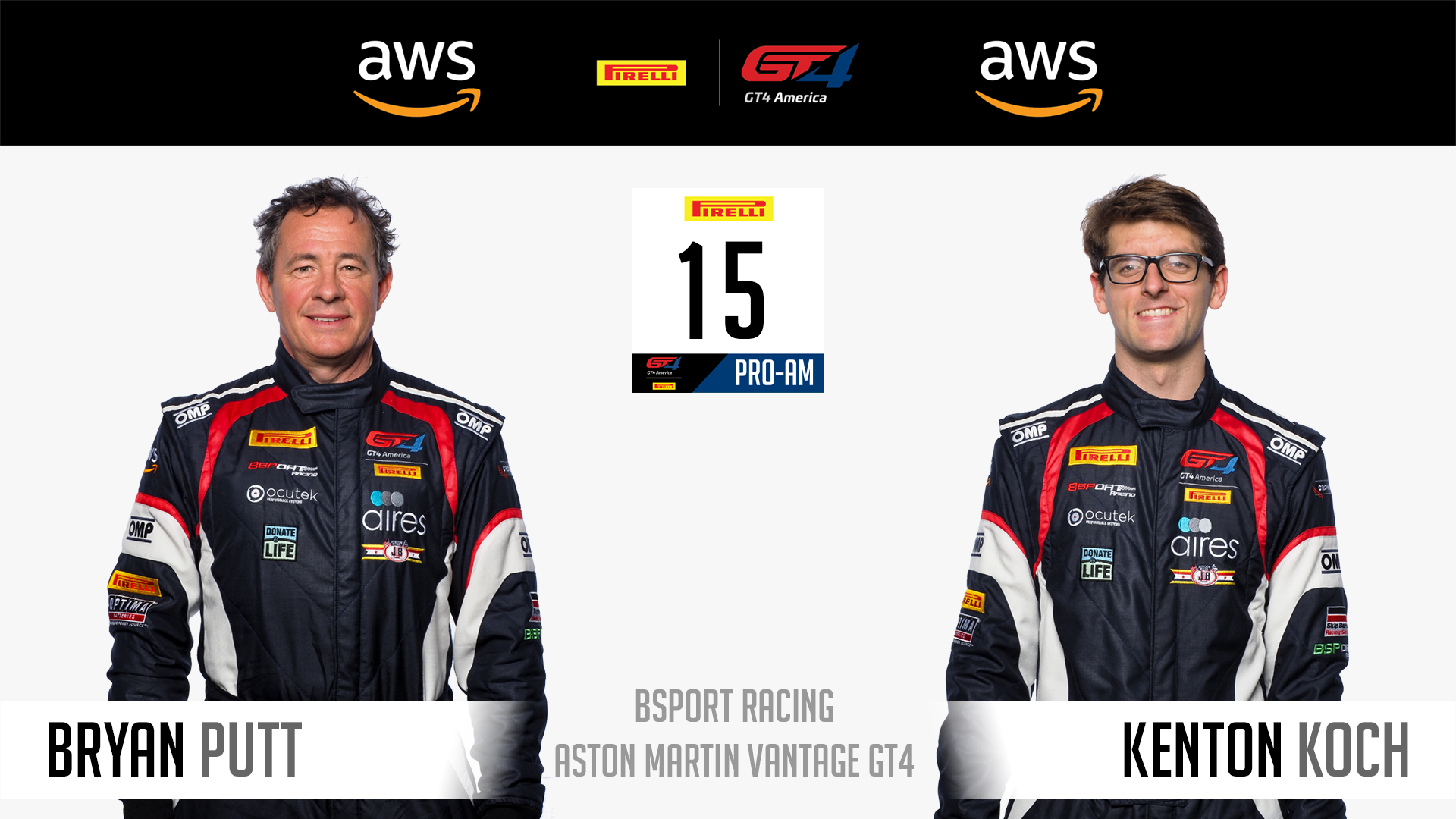 How did COTA go for you?
Bryan: COTA was our first event as a new team.  The learning curve was steep, but we had a great time, and reasonable results.

Kenton: Couldn't have gone much better for our first outing as a team.

How did you get into racing?
Bryan: I wanted to race as long as I can remember.  I finally got my first chance in 1991 in an old Formula Vee in SCCA at Mid-Ohio.  The car was a disaster, I was a disaster, and I was hooked…

Kenton: Via go karts when I turned 8. Saw one when I was 6 and couldn't take my mind of it until I was old enough.

What is your favorite racing memory?
Bryan: Pulling onto the grid at COTA last year in the TCR Class. Finally realizing the bucket list dream of running in a Professional series.

Kenton: Winning the 24 hours of Daytona with JDC Motorsports

What’s the story behind your helmet design?
Bryan: My helmets all incorporate the American Flag as the primary element, along with small German and Scottish flags in honor of my ancestry.

Kenton: I always liked red chrome and the first design I had done was the one I've stuck with the last8 years. With slight variations. I've got a verse on the back of my helmet as well. 2 Timothy 4:7.

Something interesting about you?
Bryan: Haha…  I have no objective self-analysis skills, so I can’t answer this one! lol

If you could invite 3 people to dinner (living or dead) who would it be and why?
Bryan: George Washington, Abraham Lincoln, Ronald Reagan. I would love to hear their impressions of who we are, where we’ve been and what we’ve become as a nation.

Kenton: Justin Wilson, Daniel Ricciardo, and Will Smith. Because why not? Always wanted to get know these people more. Curious to see if they are as genuine as seam!

Bryan, you began your professional racing career at the age of 54 and won the TCR DSG Championship in your first year of pro competition. You’ve now moved up to a greater challenge in 2020 in the GT4 SprintX competition with Kenton Koch. You’ve done this under your own race team. How has the process of moving from focusing on racing to both racing and managing a team been?

Bryan: It’s been an interesting adventure!  Mid-season last year, the team I was running with went bankrupt, and I found myself suddenly “promoted” from driver to Team Owner.  As we looked to 2020, the idea of putting our own program together in a more permanent sense took hold, and when I considered all the options, it was really that final step of “the racing dream” to someday operate my own Pro team. We had a solid group that made up our team in 2019 which we knew would work well together again this year, and Kenton was willing to step into the role of co-driver as well as co-Team Manager along with his wife Dani. With all the right pieces falling into place, it was a relatively easy decision to stay together and go racing as our own small but efficient team this year.

Kenton, your passion for racing started at the age of eight when you received a kart for Christmas. From there you have steadily climbed into the professional ranks. But racing has taken on a greater meaning for you after your mom received a heart transplant. Since then you have been a supporter trying to get people to sign up for organ donation lists. Tell us about donatelife.net…

Kenton: Donate Life is an organ donation awareness program that shines light to the fact that there are thousands on a waiting list for organs with not enough donors donate. The main purpose is to encourage more to become a donor so that others can live a full life. It hits close to home as my mother was fortunate enough to receive a heart and I'm forever grateful to that donor who was able to help my mom and many others lives with what they were able donate.

Thank you gentleman and wish you well this season! 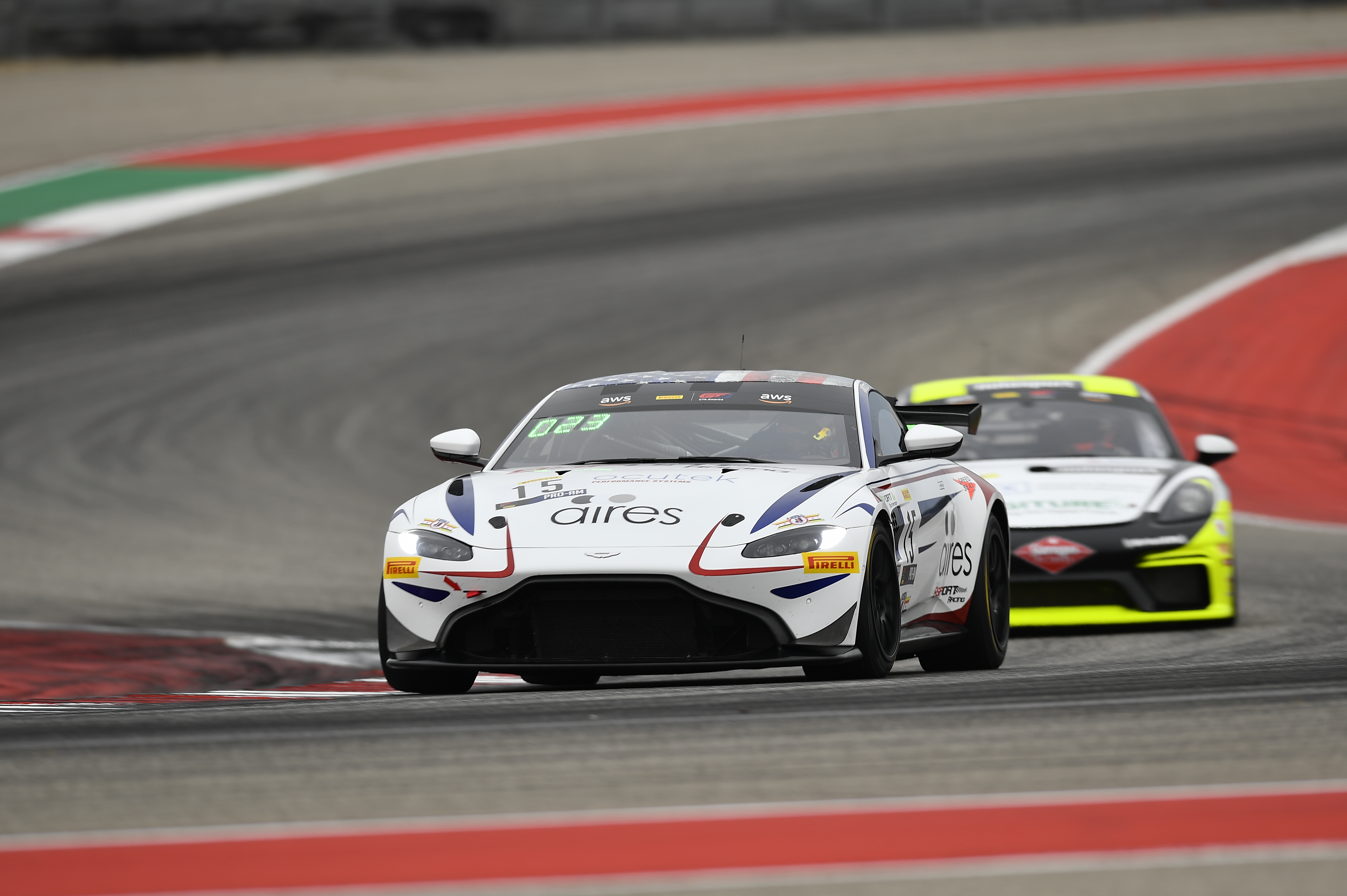