Spencer Pumpelly, driver of the #66 TRG - The Racers Edge Porsche 718 Cayman CS MR is no newcomer to piloting a Porsche or being with TRG as he returns for another year with the team. What started out as driver coaching at Skip Barber Racing School turned into nearly two decades of sports car driving including 24 podium finishes in SRO America Competition. Pumpelly has captured many titles including two GT class wins at The Rolex 24 Hours at Daytona and many victories in American Le Mans Series and GRAND-AM Rolex Sports Car Series. We got to chat with Spencer further for this Driver Download. 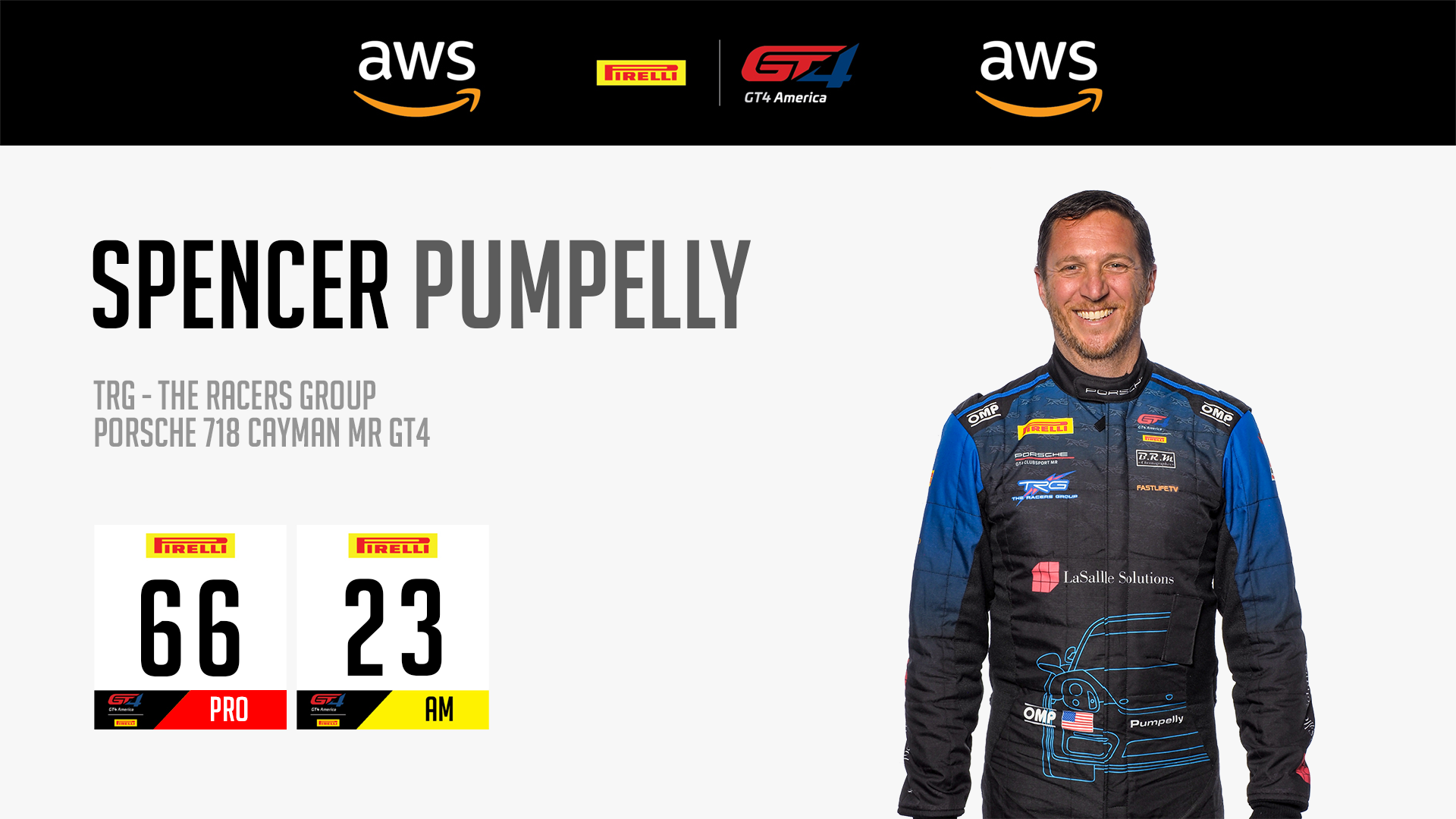 How did the season kickoff at COTA go for you and the team?
COTA was OK. I raced in 4 races total. Craig Lyons and I ran in SprintX. Craig had a slight miscue on the damp track in qualifying, so we had to start from the back in both races. Craig moved us up a ton in the first one leading to a decent finish while in the second one I got hit on the front straight and it ended our day. In Sprint we had a lot of great racing and we came away with a 2nd place on Saturday. The best part of the weekend though was getting to hang out with the guys on the team afterwards in Downtown Austin. Who knew it would be so long before we saw each other again.

How did you get into racing?
My father raced Formula Atlantics and GTP cars when I was a kid. I developed an interest and that led me to Skip Barber Racing School where I first raced wheel to wheel and later became an instructor.

What is your favorite racing memory?
It’s a tie between my first Daytona 24 Hour win and my first time racing Le Mans. The 24 win in 2006 was my first big win and we had to fight for it all night. We managed to come out on top of TRG’s car, driven by Andy Lally among others. I like to remind my TRG boss, Kevin Buckler, and my good friend Andy about it as much as I can. However, my first trip to LeMans was beyond description. The size and scale of the event, both literally and from the standpoint of the hype surrounding it has to be seen to be understood. Both will forever stand out.

What’s the story behind your helmet design?
I like it to be simple and recognizable. Too many helmets, for a while, featured the same type of design with busy, flashy neon colors. While they were all different, they were basically all the same. I went with some basic colors and had Savage Designs come up with something. I liked Mike Savage’s first attempt and I have had it ever since.

Something interesting about you or a hidden talent?
I play the guitar but I’m not very good, especially for as long as I’ve been playing. Because I’m not good enough to be in a real band I started my own with my son who was 3 at the time. We played AC/DC, GnR, Poison, and Bon Jovi songs along the Atlanta Beltline. My Daughter who is 2 years younger than my son joined in with some Joan Jett when she was only 2 and a half. We played over 30 gigs including Atlanta Streets Alive and the King of Pops field day, and we even did a performance at VIR in 2017. But as the kids have gotten older they have discovered lots of cooler things to do than rock out with dad so now we only play limited dates.

You grew up in a racing family. Your father Tom was an avid sports car competitor throughout the 1980's and 1990's, But you didn’t begin your racing career until after graduating in 1998 with an economics degree. What brought you back to racing, or was it always the plan to get a degree and then make a push to race?

I always wanted to race but 30 years ago things were a lot different. Karting, at least in Northern Virginia where I grew up, was something I had never heard of (the internet was still years away.) The path to racing was to race in the SCCA and then try to move up but back then this was something you started as an adult, not at age 6 like the kids do now. College was the logical path out of high school and there was no way I could afford to go SCCA racing when I was in college so I never got into it. It wasn't until my Junior year at JMU that I saw an ad for Skip Barber in a car magazine and I sent away for a brochure (yes kids, that's how we had to get info back then.) Thanks to Skip I now had a new path that was more attainable. One where I didn’t need to buy a car, tools, spares, a trailer, and something to haul it around with. When I got to Skip Barber I was one of the youngest drivers in the 1995 Eastern Series and I did my first race at age 19. Now days that seems ancient with all the kids in karts but times were different. 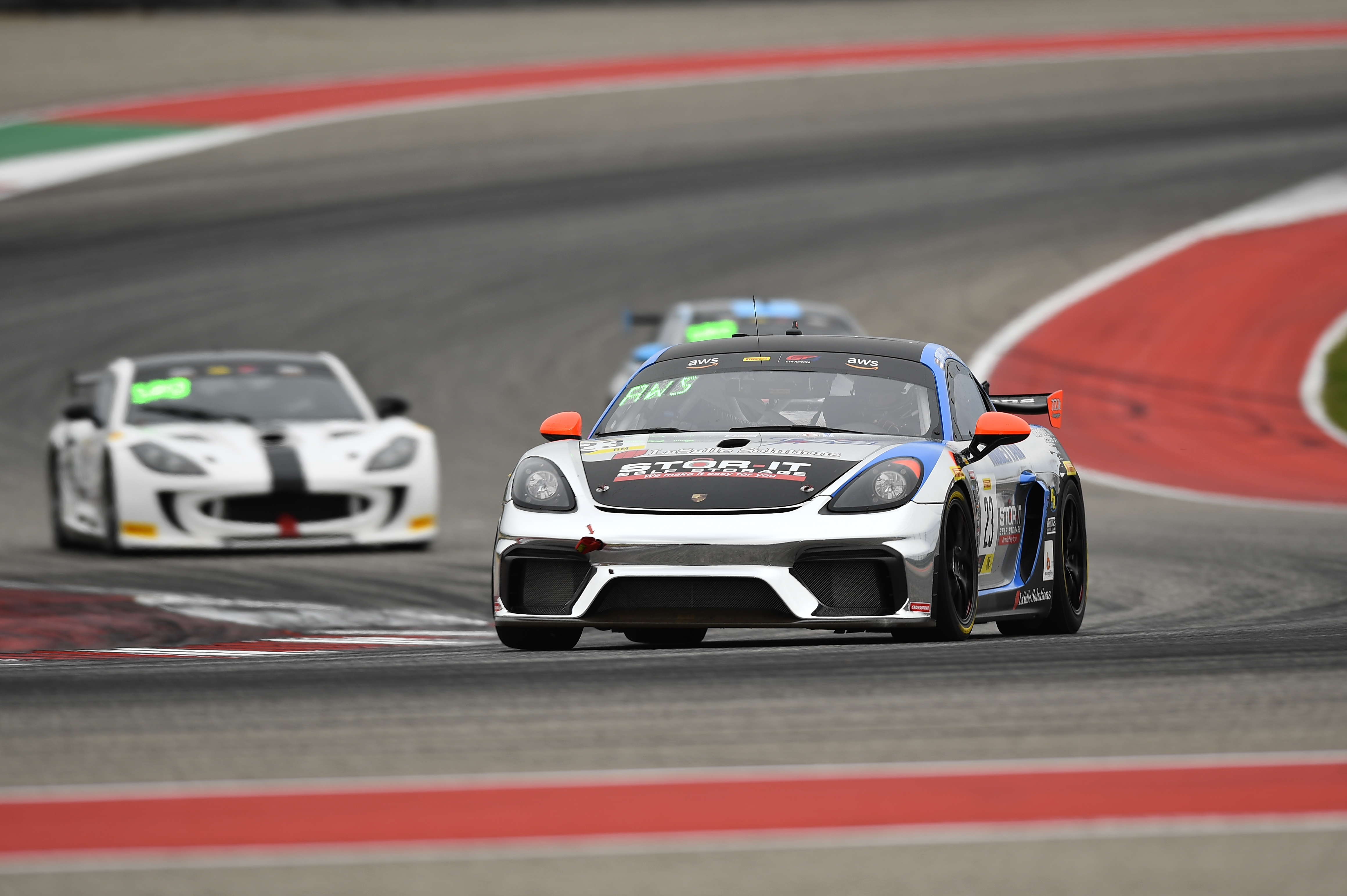