Competition embodies the Wittmer family and Karl is no stranger to winning. His success in Pirelli GT4 America and in Touring Cars has rewarded the Canadian throughout his career. Most recently his speed has been on display in the virtual world as well with strong performances in GT Rivals competition. Learn more about Karl Wittmer on this week's Driver Download. 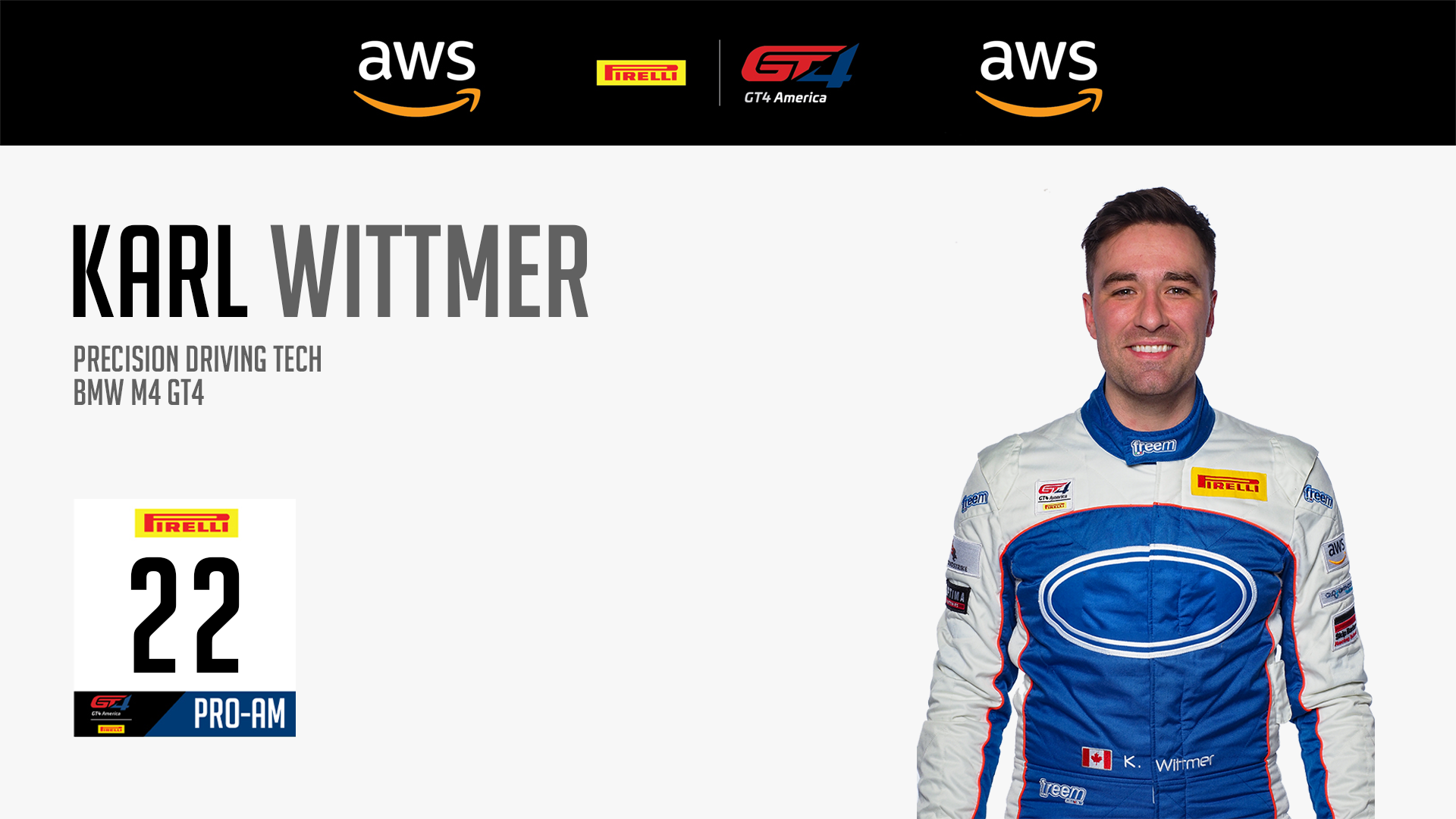 How did your season kickoff at COTA?
COTA was extremely challenging for us as a last minute entry. It was not the best weekend in terms of results, but it was still a very positive team effort and we all enjoyed being at the track.

How did you get into racing?
I got introduced to the world of motorsport at a very young age following my brothers Kuno and Nick around at every race. My twin brother Kurt and I would wear little fire suits that matched Kuno’s and we would just walk around the paddock as if we were drivers. Both my father and grandfather started racing in the 60’s so it was our family way of life.

What is your favorite racing memory?
One of my favorite memories was watching my brother Nick race in a torrential downpour at a small Autodrome here in Quebec. It was 2001, he was 16 at the time and he lapped everybody, even 2nd place in a Honda Prelude. It was amazing to watch the lines he was taking.

What’s the story behind your helmet design?
I’ve always loved Mika Hakkinen’s helmet design! I love the blue stripes and the simplicity of the design. I wanted something a little old school looking, so I took that design and added the fleur-de-lis Quebec flag to the stripes. I also added a Canadian flag on the top with Hockey sticks on the back.

Something interesting about you or a hidden talent?
I’m a huge Hockey guy and follow it religiously. Racing was often put on hold during our winters, so at a very young age we would play and watch hockey almost everyday. I went on to play tier 1 Junior hockey which led to three seasons overseas playing professional. I also have an Identical Twin that no one would be able to differentiate.

If you could invite 3 people to dinner who would it be and why?
Will Smith, Steve Irwin and Bob Marley. The conversations would be legendary.

You’ve had early success in the GT Rivals ACC esports competition. Tell us about what it’s like running in GT Rivals?
Running the GT Rivals esport competition is such a great way to get all the drivers back together during these hard times. It’s amazing how much talent we had in one race and the competition level was off the chart. I really look forward to competing virtually again.

You’re Canadian and played hockey, even some in Europe! How did you choose one sport when it came down to it?
It definitely wasn’t easy to choose one or the other as I love both sports equally. The decision to focus on racing became easier as my body became more worn out from hockey. The constant bus rides, the morning skates and afternoon off ice trainings started to take a toll on me. I’ve also had some surgeries linked to hockey that I still feel every day.

There's a lot of Wittmer's in racing and you are 1 of 4 brothers. What was it like growing up all being interested in the same sport and your father being a part of how that all played out successfully for you all?
So competitive. We always pushed each other at everything we did so the compete level was extremely high. It was hard losing but it definitely taught me how to lose which is one of the hardest thing to learn. We never gave up. My Dad was the squad leader and always guided us in the right direction. We never skipped a step, we always grinded through the ranks to make it. 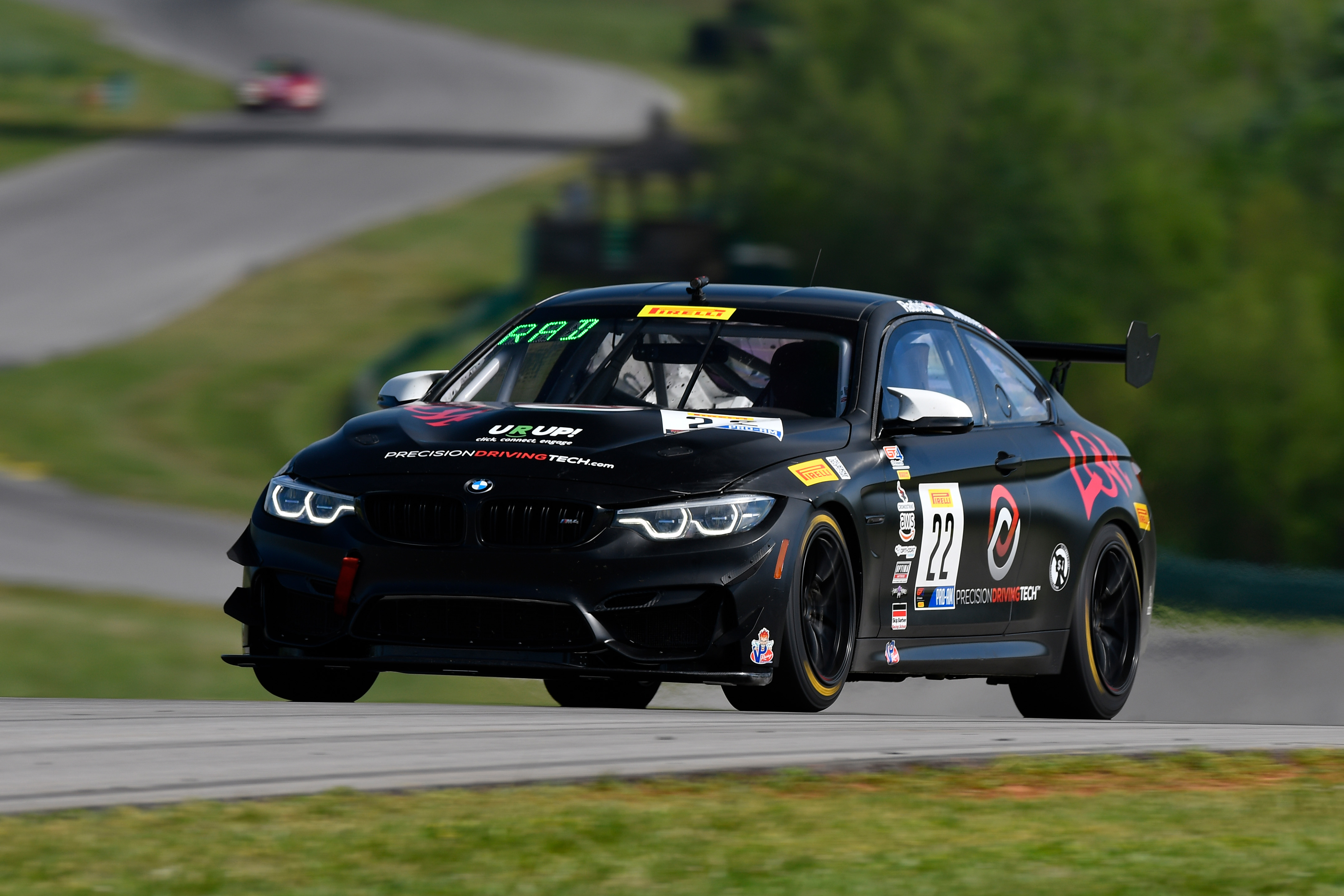