The 50-minute sprint contest was held under sunny, 75-degree Fahrenheit weather conditions. From pole Pumpelly, in the #66 TRG-The Racers Group/LaSalle Solutions Porsche 718 Cayman GT4 led the field to the green and was immediately challenged by second-on-the-grid Cooper in the #10 Blackdog Speed Shop McLaren 570s GT4. Cooper attempted a drag race pass of Pumpelly around the outside of turn 1, but Pumpelly effectively closed the door only to have Cooper come back to go side by side with him through turn 2. Cooper was able to then slide by through turn 3 and into the lead. From there he grew his lead up to as much as four seconds over Pumpelly during the race. Behind the two, Drew Staveley in the #12 Ian Lacy Racing Ford Mustang GT4 slotted into third, while Jarett Andretti in the Andretti Autosport #36 Window World-MI Windows and Doors, #CheckIt4Andretti-Military to Motorsports McLaren 570S moved into fourth overall around Dinan, in the #210 Flying Lizard Motorsports Aston Martin Vantage GT4. 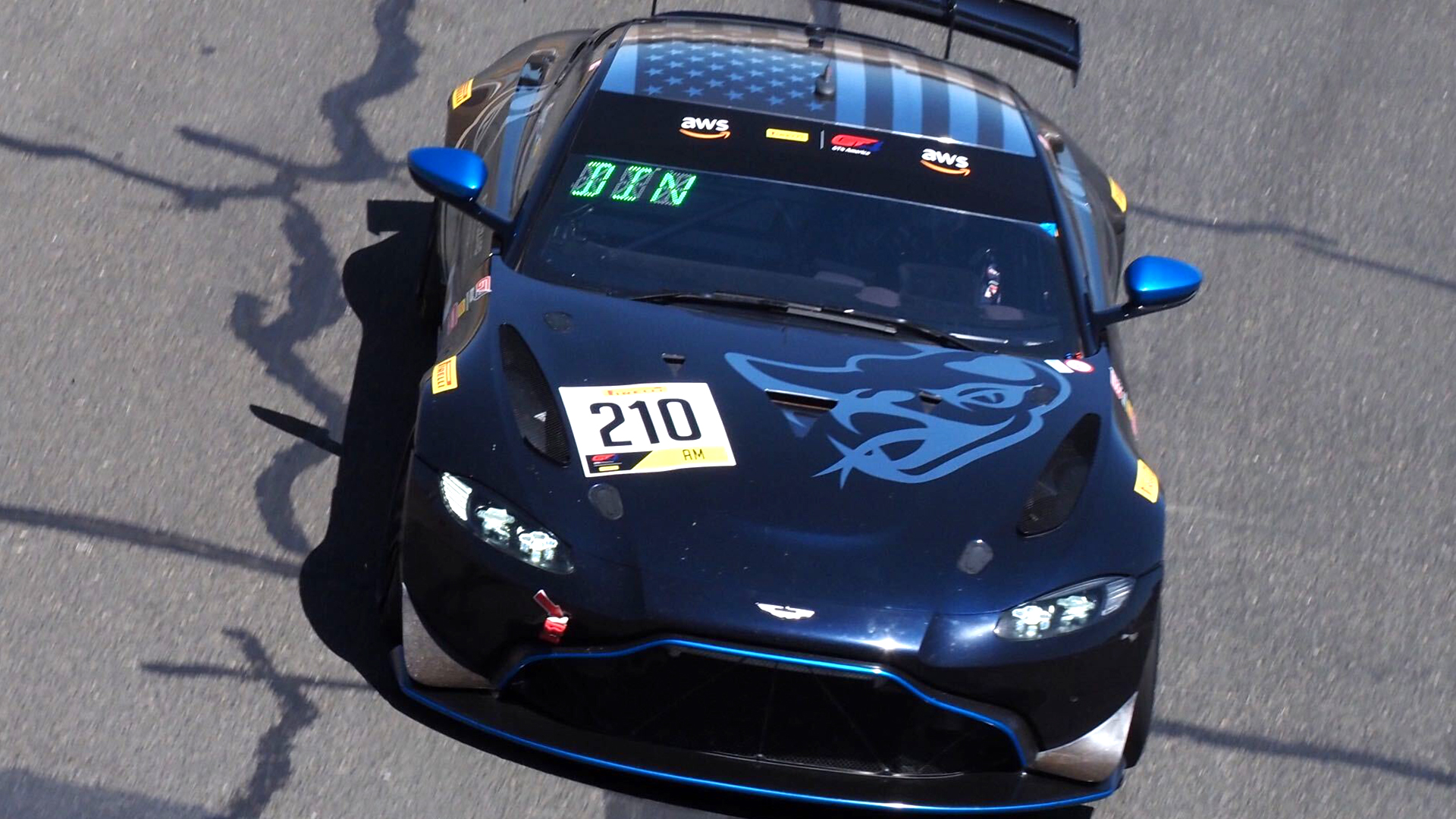 "I was able to cross over and make it stick on the outside of turn 2, my car's pretty good on cold tires," said Cooper after the race. "I've won in everything (since I started coming here in 2012), I can be beaten on any given day, but it's pretty tough to beat me here at Sonoma."

"I was told not to take any risks and maintain the gap on Terry behind me," said Dinan after the race. "It's a long weekend, this is the first of six races (between Sprint and SprintX) so it was important to keep the car in good shape and take care of it for the remaining races."

Results are provisional until posted final. With the win, Cooper extends his lead over Pumpelly in the Pro division driver's championship, while Dinan continues leading in the Am division, over Terry. Drivers now get ready for Round 7 scheduled for green flag start Saturday at 9:25 am Pacific time. Catch all the races live at YouTube.com/GTWorld.