The race calmed down for the next 20 minutes as the three overall leaders separated themselves from the rest of the field.

Paul Terry would stretch his class lead to 1.5 seconds over Dinan as Jeff Burton and the #191 Rearden Racing Aston Martin Vantage GT4 and Mark Klenin in the #62 KPR SIN R1 GT4 battled for third in the Am class.

As the clock clicked past 15 minutes, Cooper would maintain a lead of just under 1 second over Staveley, as Pumpelly would stay about a half second behind the Mustang driver. 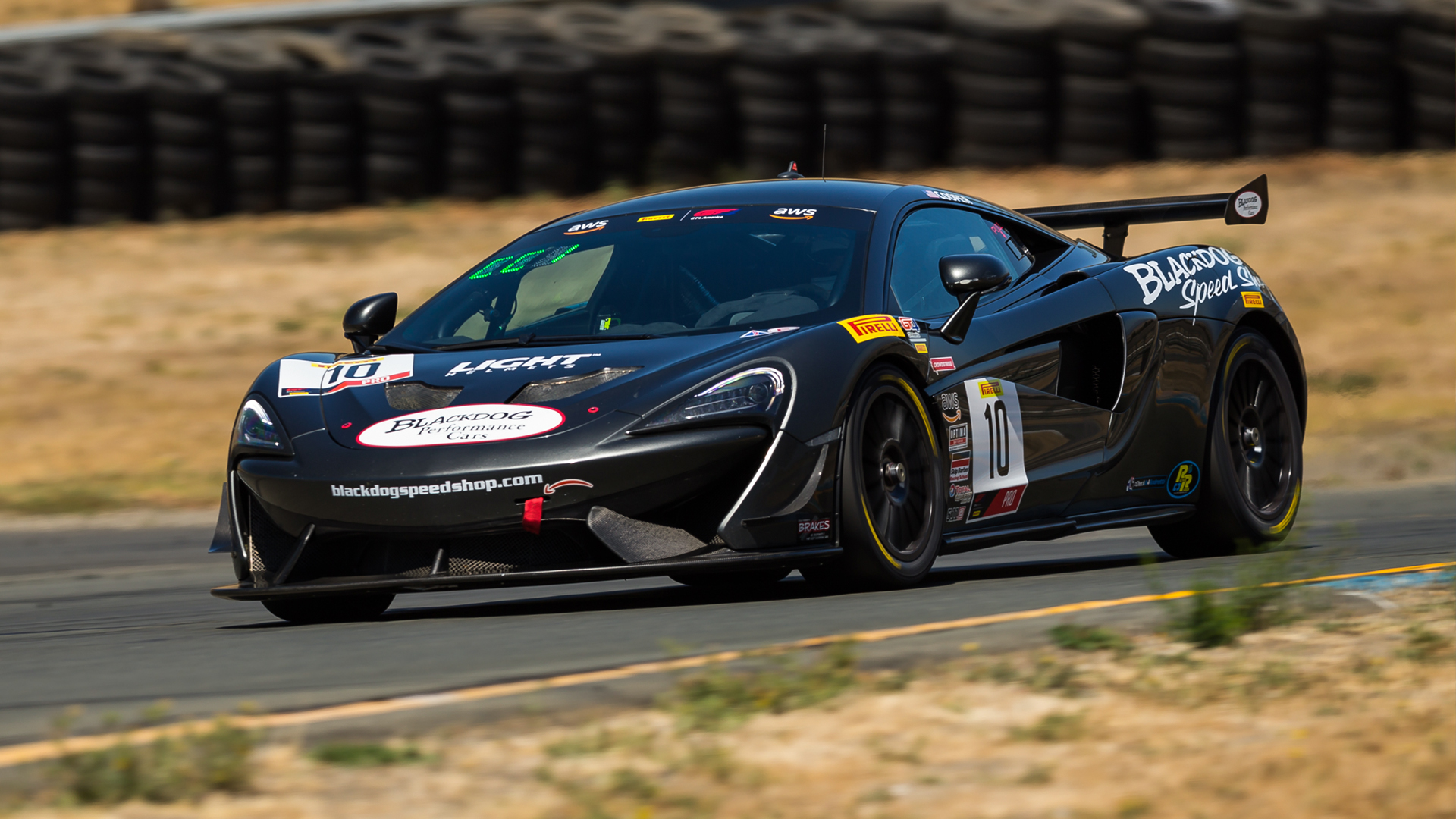 Paul Terry would stretch his lead in the Am class to 3 seconds over Dinan with Burton a further 3 seconds back in third.

Cooper would go on to take his fourth win of the season, the third straight, with Staveley and Pumpelly rounding out the podium. Cooper would also set a fastest lap of 1:46.706, giving him pole for Sunday’s Race 3.

“It was really tough today. I think we had the third fastest car honestly, but luckily we started on pole so the two behind me had the dirty air. The car really didn't have anything left in it I was pusing 100% the entire race, but the guys got the setup right, so thanks to everyone at Blackdog Speed Shop and McLaren!" said Cooper.

Terry would comfortably win the Am division with Dinan coming home second and Burton third. Mark Klenin would run the fastest Am lap in his SIN R1 GT4, giving him the class pole for tomorrow's weekend finale.

“Michael is a hell of a driver, so it was a lot of fun to race clean and race hard, it was excellent from both of us. It was a great race from start to finish and Rearden Racing gave me a great car!" said Terry.