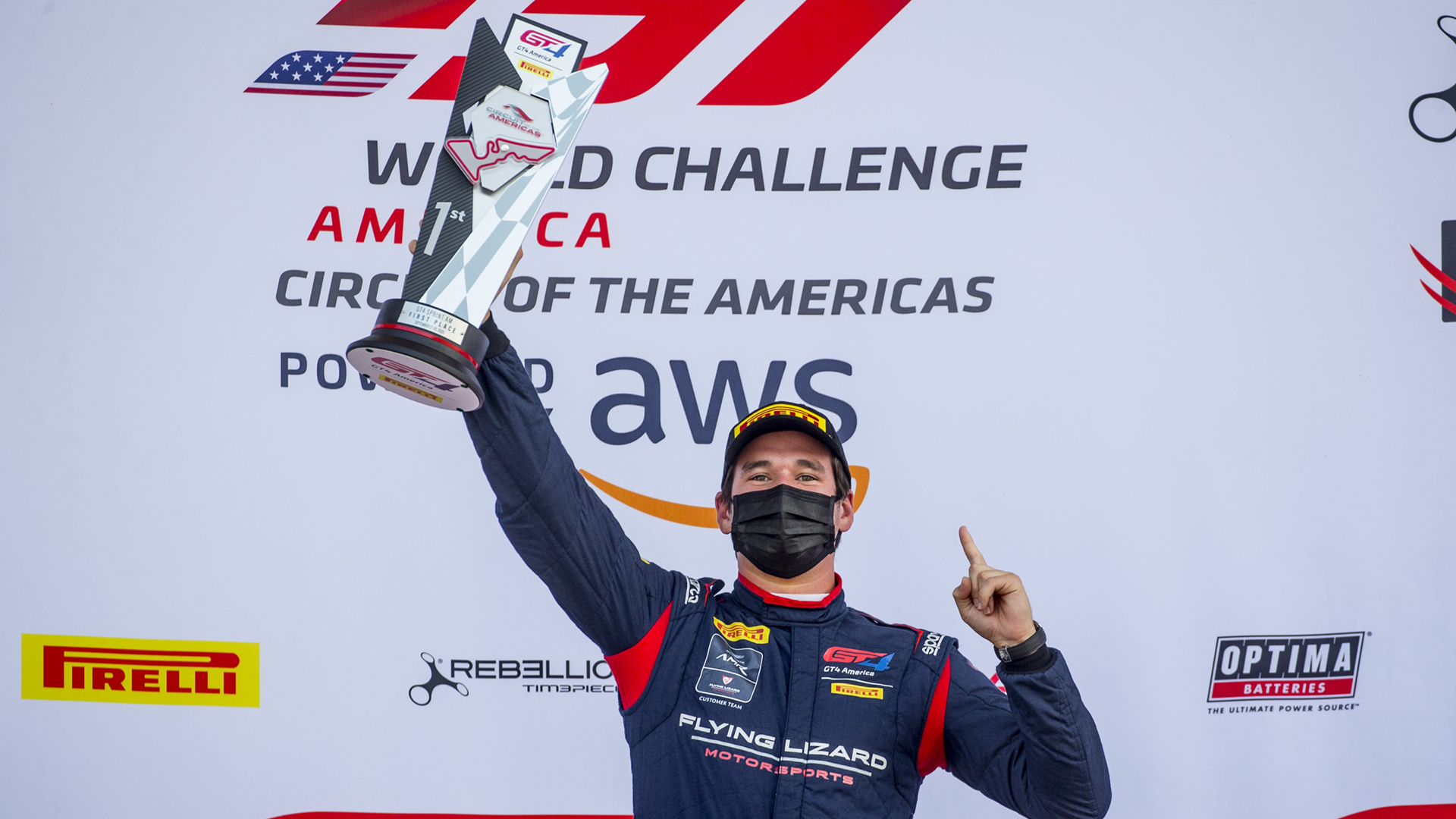 After a partial-season Pirelli GT4 America Sprint run in 2019, Michael Dinan set his sights on completing a full season, switching to Aston Martin machinery and going on to have one of the most impressive championship runs in series history in 2020. Winning eleven of the season’s sixteen races, Dinan dominated the competition and grabbed the title with 323 points, a full 55 points over rival Paul Terry’s 268 points.

Twice Dinan and his #210 Flying Lizard Motorsports Aston Martin Vantage GT4 won four-straight races through the season, claiming the championship at Circuit of the Americas with two races remaining on the season. “This has really been an amazing season for us,” said Flying Lizard Program Manager Darren Law. “Focusing on not only good results every weekend but also keeping the big picture of the Championships in mind has been a priority for us and to have already clinched the Drivers Championship with Michael in the Sprint class with one weekend to go is a testament to the entire effort.

The SRO GT4 America Sprint class is so competitive and there are a lot of great teams and drivers. With all of the changes in the series schedule a lot of pressure was put on the team and drivers this year. Michael has come a long way in a short time as a driver and Robby Foley has been a very big part of this. They work well together and Robby’s mentoring of Michael is really showing.” 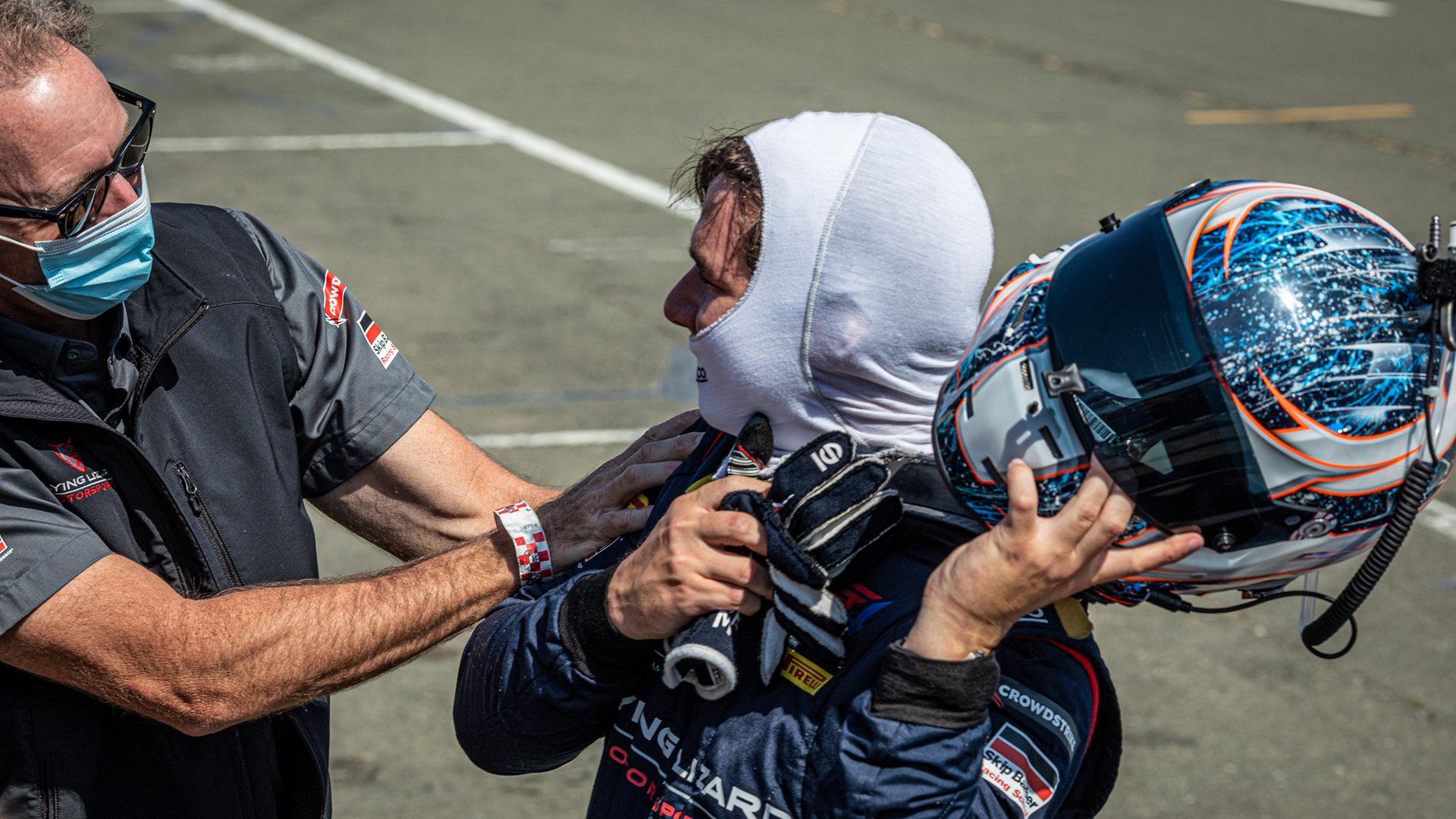 Come a long way he has. In 2019 Dinan never had a podium finish, but in 2020 the young hotshoe only finished off the podium two times. "It's definitely something I'm proud of and I'm super happy, it's another step along the way. Last year was a big learning experience. It's another step to my ultimate goal in racing and I'm really happy to have the championship clinched," said Dinan.

"The Sprint Am championship was a great battle all year, and a massive improvement for me over last season. In 2019, I didn’t score a single podium in the sprint format races. This year, I was able to open up with a win at Circuit of the Americas which helped boost my confidence for the rest of the season," Dinan explained. "I was able to really hone in my consistency and tire management, and it paid off with my results. To win 11 out of 15 races in any championship is an impressive accomplishment, and I am just making sure to enjoy the moment a little coming off such a great year."

He concluded, "I want to give a massive thanks to the whole flying lizard Motorsports team, Robby Foley, and my parents for all of their support. Now back to finishing my senior year of college! See you all soon!"