Austin, Texas - Matt Travis and the #47 NOLASPORT Porsche would dominate the time sheets in the opening qualifying session to set the grid for Pirelli GT4 America's Round 3 at Circuit of the Americas. Travis' 2:27.764 fastest lap was over half a second clear of the #72 Murillo Mercedes of Kenny Murillo, who will start second overall, on pole in Silver. Michael McAleenan paced the Am competitors and will start the #5 Motorsports USA McLaren and impressive third overall. 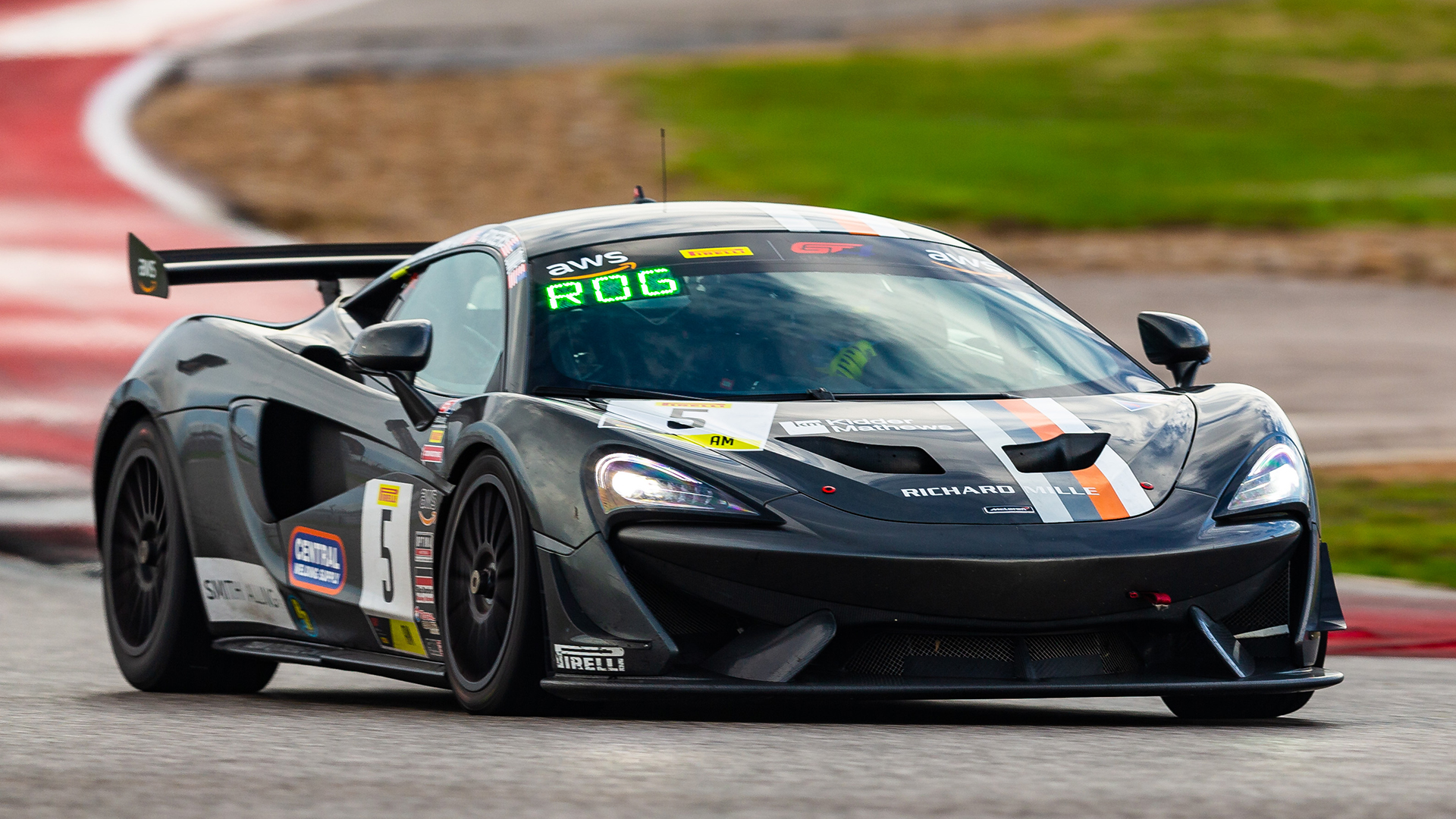 Jason Hart and the #47 NOLASPORT Porsche flew to the Race 2 Pro-Am and overall pole position with a late-session fastest lap of 2:21.764 on the rapidly improving Circuit of the Americas track. Kenton Koch’s #15 BSport Aston Martin ran a 2:21.982 and will line up second with Spencer Pumpelly’s #66 TRG LaSalle Solutions Porsche starting third.

Chandler Hull led the Silver-class competitors in the #94 BimmerWorld BMW and will start fourth overall with the #89 RENNtech Mercedes-AMG of Aaron Povoledo fifth overall, fourth in Pro-Am.

Kris Wilson, who was quickest of the Am competitors in Friday’s Practice 2, followed up with the class pole on Saturday in the #16 Capstone Mercedes-AMG. Wilson will start twelfth overall. Jeff Mosing and the #43 Murillo Porsche will line up second in class, twenty-first overall with the #46 NOLASPORT Porsche of Russell Walker third in Am, twenty-third overall.

Round 3 of the 2021 Pirelli GT4 America season goes green at 11:30am CT streaming live at the GT World Youtube page. Follow along at all GT4 America social media channels.