ELKHART LAKE, Wisconsin - A field of forty cars spread across nine different global manufacturers is set to take the green flag at scenic Road America in Elkhart Lake, Wisconsin, for Rounds 7 and 8 of Pirelli GT4 America presented by CrowdStrike. Three separate class championships remain in flux as the series heads towards its final few rounds of 2021.

In Pro-Am, the success of NOLASPORT’s #47 Porsche 718 Cayman GT4 Clubsport MR, and drivers Matt Travis and Jason Hart is most clearly measured by their points lead - with a 70-point advantage over the #15 BSport Racing Aston Martin Vantage GT4 driven by Kenton Koch and Bryan Putt. Koch and Putt come to Road America as the most recent race winners from VIR in June, but face mounting pressure from the #59 WR Racing car and drivers Paul Terry and Brandon Davis in their Aston Martin Vantage GT4. 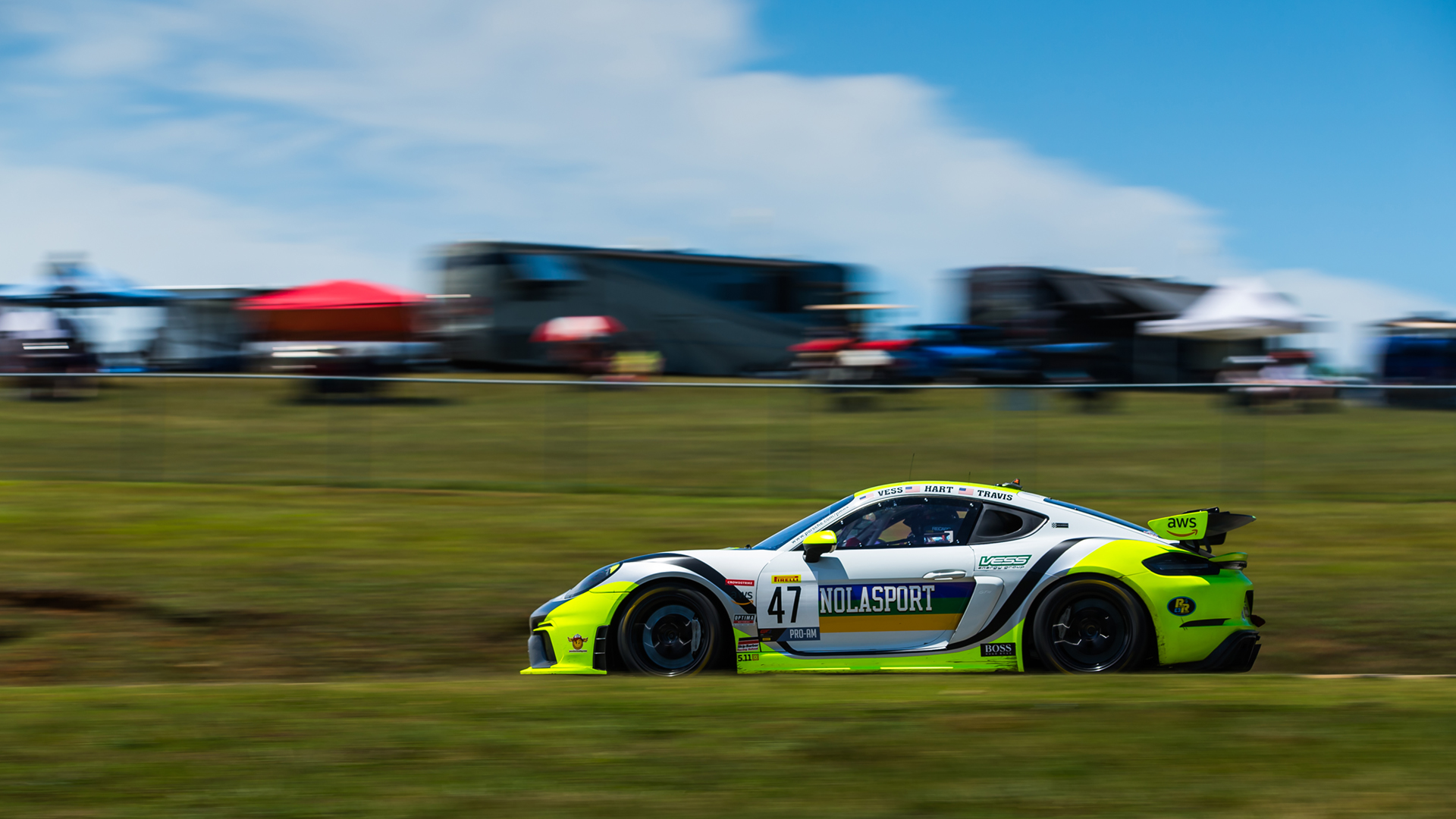 The Silver category features eight cars, highlighted by the current points-leading car, the #72 Murillo Racing Mercedes-AMG GT4 piloted by Kenny Murrillo and Christian Szymczak. The duo is fresh off a sweep of the rounds from Virginia International Raceway and look to continue their success at Road America.

Directly behind them in the #22 CCR Racing/Team TFB BMW M4 GT4 is the pairing of Tim Barber and Cole Ciraulo who have gathered momentum from the previous two races. The unique KTM X-Bow GT4 returns with Mads Siljehaug and Nicolai Elghanayan for their #71 MarcoPolo Motorsports entry; the pair sits fifth in the Silver class standings heading into the 7th and 8th rounds of the season. 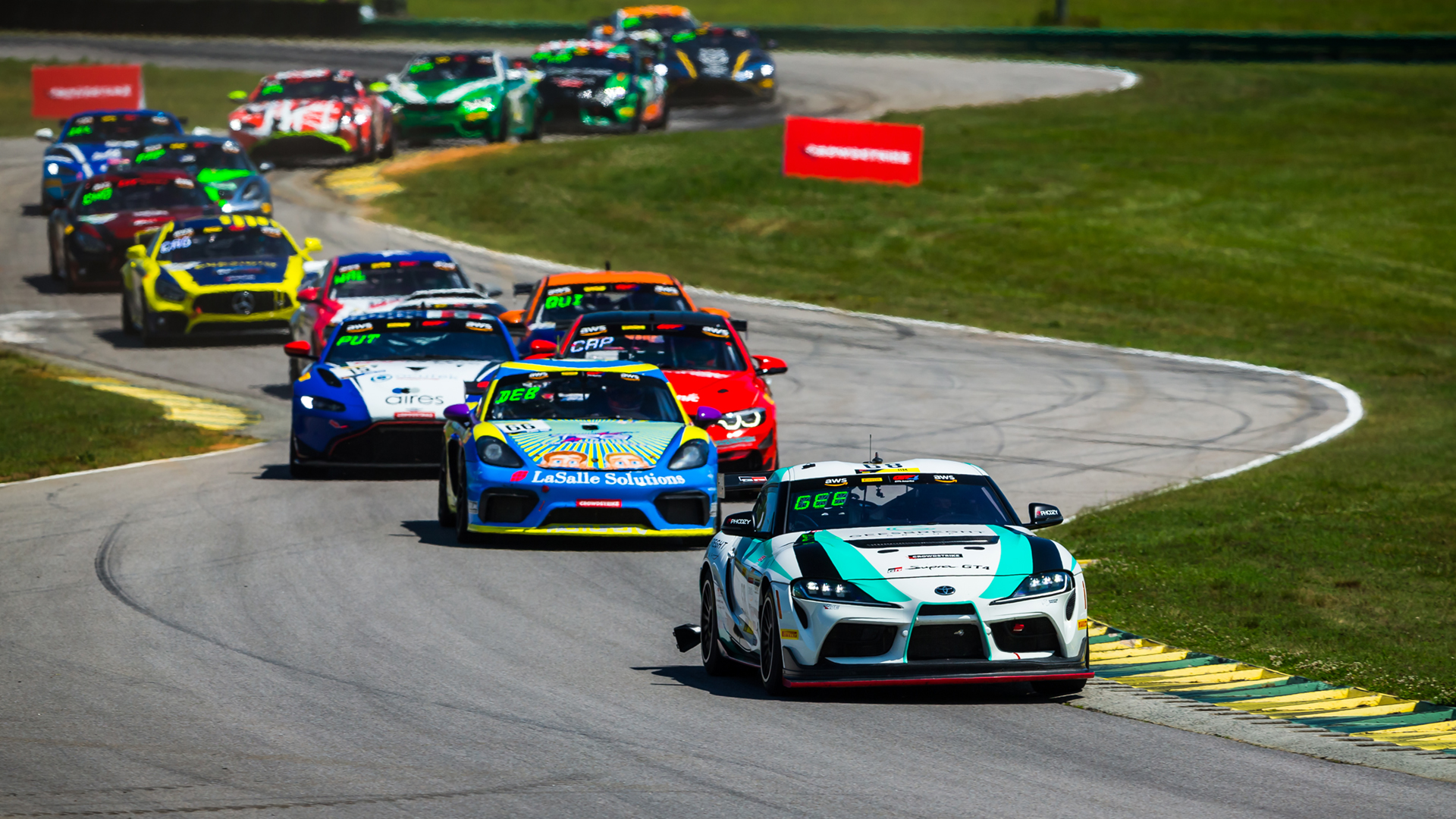 In the Am category, points leaders John Geesbreght and Kevin Conway maintain a 26-point lead in the #68 Smooge Racing Toyota GR Supra GT4 over John Allen and Kris Wilson in the #16 Capstone Motorsports Mercedes-AMG GT4.

Automatic Racing will also debut this season with an Am entry for Paul Kiebler and Mikel Miller, driving the #09 Aston Martin Vantage GT4. Motorsport USA is back and will run three McLaren 570S GT4s, all in the Am category; Michael McAleenan and Dan Rogers in the #5; Cavan O’Keefe and Jason Alexandridis in the #23; and Todd and Ty Clarke in the #11.

The race weekend kicks off with the GT Parade starting at Road America and running through the streets to downtown Elkhart Lake, ending at the Siebkens Resort Welcome party and SRO America race cars on display along Lake Street. The procession kicks off at Road America at 5:00 pm CT.

Tickets for the Road America race weekend are available at www.roadamerica.com. Enjoy an open paddock, camping, various fan activities, and fun for the whole family at the National Park of Speed.

If you can’t make it to Wisconsin, Rounds 7 and 8 of the Pirelli GT4 America championship from Road America can be streamed live for free on SRO’s GT World YouTube channel. CBS Sports will feature highlight broadcasts following the race weekend.

Don’t miss a moment! Follow along on our social channels @GT4America and #GTRA.