The Stephen Cameron Racing team battled back from a sixth-place start on the grid to take the checkered flag in Race 1 (Round 3) of the Pirelli GT4 America SprintX West competition this weekend at WeatherTech Raceway Laguna Seca.

Drivers Sean Quinlan and Gregory Liefooghe took the #19 BMW M4 GT4 on a steady upward pace through the field until a late Full Course Yellow evened out the pack on restart, allowing Liefooghe to capture the top position on the final laps of his stint and hold off the USRD entry.

Although running a charge of their own, the #5 USRD Ginetta G55 stopped just short of an 8-position gain for-the-win and came in just over 0.3-seconds after the Stephen Cameron Racing BMW. Casey Dennis, running the second stint behind the wheel after swapping out with Jeff Bader, managed to climb through the ranks while chasing Liefooghe and jockeying for the checkered but provisionally had to settle for the second spot on the podium.

The third spot on the ProAm podium went to the #38 ST Racing BMW M4 GT4 and co-drivers Samantha Tan and Jason Wolfe. The #38 car attacked from the back of the grid and managed to recover enough positions to finish out on the last step of the podium under Wolfe's race-finishing drive. 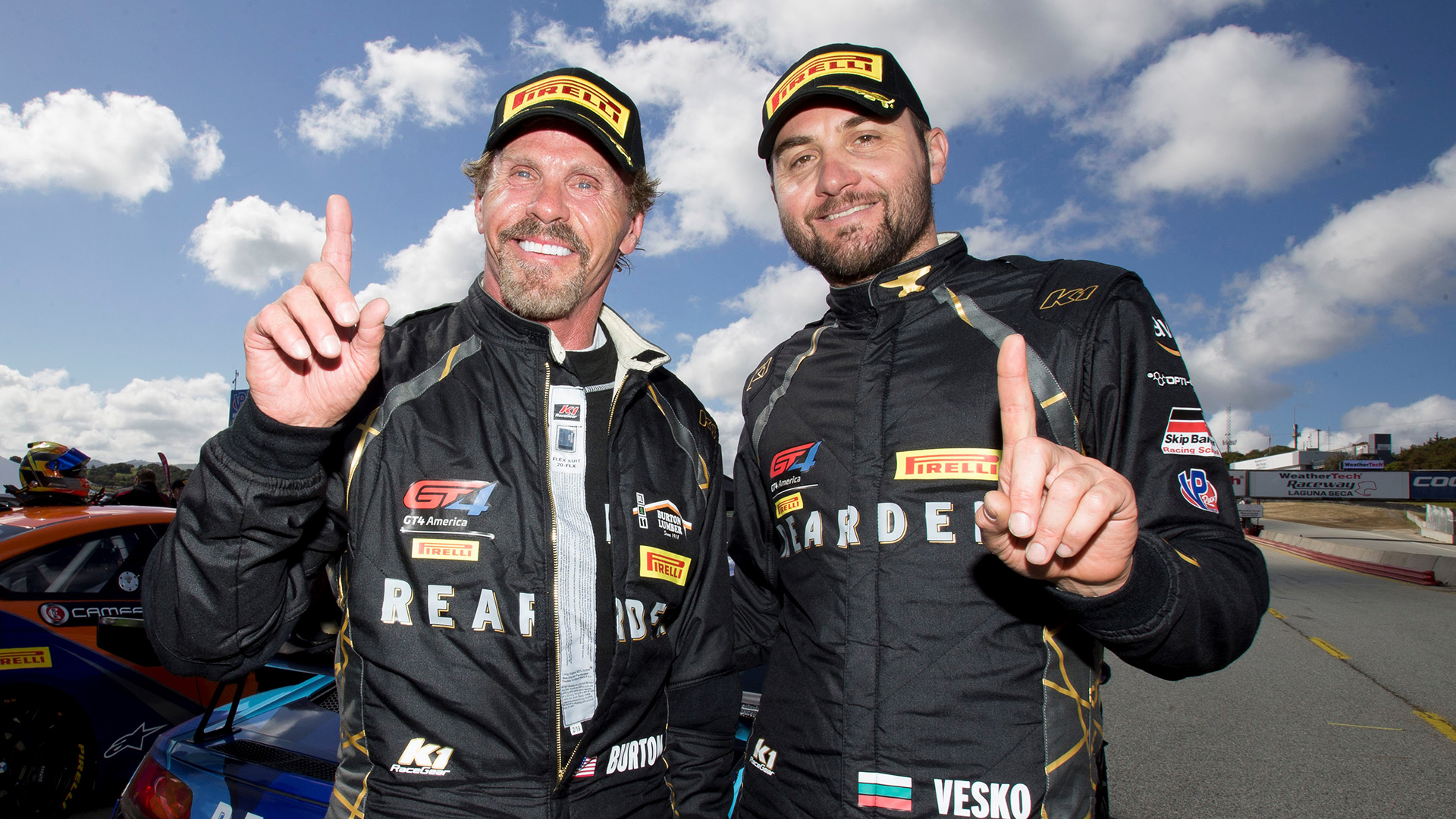 The top spot on the Am podium belonged to the #91 Rearden Racing Audi R8 LMS GT4. Both Vekso Kozarov and Jeff Burton managed to maintain a comfortable overall lead for much of the race after taking the top spot close to halfway through the race and keeping it through the mandatory driver-change. Post-pit driver Burton battled the top track contenders for the overall first place position until the #452 RHC Jorgensen / Strom by Strom Motorsports BMW M4 GT4 fell back due to a mechanical issue and initiated a Full Course Yellow. After the re-start, Burton was unable to maintain the top spot and fell to a charging Dennis to end the race third overall but on the top step of the Am podium.

The #54 Racers Edge Motorsports entry, driven by Bob Michaelian and Mark Pavan, took the second step on the Am podium while the original pole-sitters in the #17 TRG The Racers Group were overcome and ultimately had to settle for third.

The next round of Pirelli GT4 America SprintX West takes to the track at 2:30 pm PDT and will be live-streamed on GT4-America.com and also available on SiriusXM channel 383 (Ch. 983 on the app)