There was a moment of redemption for the #28 ST Racing BMW M4 GT4 as drivers Jon Miller and Harry Gottsacker parlayed a round 3 last-in-class finish into a Round 4 P3 grid position and a late-race pass to secure the checkered flag for Pirelli GT4 America SprintX West Round 4. Miller's clean pass of the previous race leader was followed by a master-class in driving that ultimately extended the lead over second place by over 8-seconds by the drop of the flag.

"It was a really good rebound for myself and ST Racing, compared to the first race this morning," Gottsacker remarked. "We made some adjustments in the car with the time that we had and they went the exact direction that we wanted them to go. Jon (Miller) drove the wheels off the (BMW) at the end of that stint. He's an awesome source to learn from and I'm lucky to be in this situation."

Earning the second position on the ProAm podium was the Stephen Cameron Racing team with another fantastic effort. Pole-sitting driver Greg Liefooghe handed the #19 BMW M4 GT4 off to the secondary driver Sean Quinlan who maintained the lead for some time until getting passed by Miller in the BMW in lap 32 of the 38 lap contest.

The ProAm battle for third place ultimately went to the #5 USRD Ginetta G55 that, under control of drivers Jeff Bader and Casey Dennis, worked through the field from the back of the grid but fell just short of entering the first-second battle. 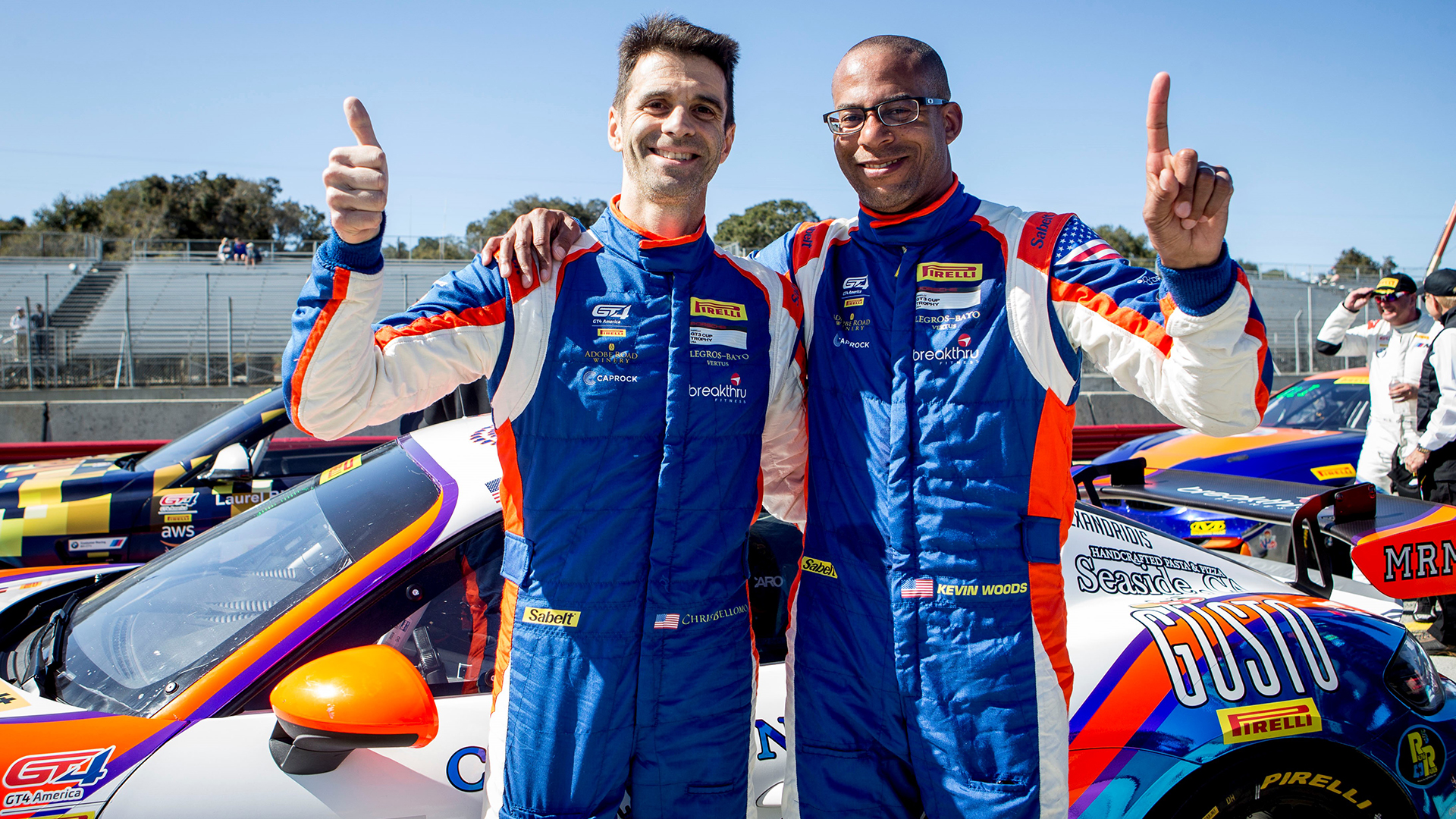 In the Am class, the #67 TRG The Racers Group Porsche 718 Cayman CS MR finished third overall with driver Kevin Woods behind the wheel, placing it at the top of the class podium. The team achieved this victory from a 5th place grid position overall and a fierce battle late in the Corkscrew.

"I was under a lot of pressure, but luckily I was able to hold on," Woods explained. "It was very close, especially in the Corkscrew. But Vesko is a really good driver so I trust him. We had a little tap but it was fine. Other than that, I have to thank my teammate (Chris Bellomo) for a good start, so good that he got an award for it. I think that's really what won it for us."

Kozarov's last-lap challenge in the famed series of turns at Laguna Seca was not enough to bring the #91 Rearden Racing Audi R8 LMS GT4 the class sweep for the weekend so he and co-driver Burton took the second step on the Am podium.

Daren Jorgensen and Brett Strom salvaged their event from a mechanically-induced No Classification in Round 3 to the third step on the podium in Race 4 in the #452 RHC Jorgensen / Strom by Strom Motorsports BMW M4 GT4.

All results are provisional until posted Final. Pirelli GT4 America next travels to Southern California for Sprint action at the Long Beach Grand Prix on April 12-14th, while SprintX and SprintX East return to the track on April 26-28 at VIRginia International Raceway.