Matt Travis would start from the third position and fall to fourth through the early laps of the race, on lap 9 he'd reclaim third and move to second position before handing oﬀ to Jason Hart. Once all the driver change stops had cycled through Hart found himself in second position less than .3s behind the lead car. On lap 25 Hart would make an outside pass in CTMP's high speed turn 4 to put the Nolasport 47 out front to the ﬁnish.

Motorsport can be a cruel mistress and Pirelli GT4 America SprintX Race 2 would be a quick reminder of how quickly fortunes can change for the Nolasport team.

Jason Hart would start from ﬁfth position. When the green ﬂag ﬂew Hart was able to follow the third place car through and found himself in second at the close of lap one. Hart lead an aggressive pack of cars until lap 5 when an ambitious move from the third place car through CTMP's turn 10 resulted in car to car contact and the Nolasport 47 in the barriers. The contact and resulting damage would require repair in the paddock. The Nolasport crew managed to assess, repair and align the car in less than 10 minutes losing only 7 laps in the process. A testament to the crew, Hart would set the car's fastest race lap after repairs. Matt Travis would hop aboard for the closing laps and take the 47 to a 14th place ﬁnish overall and third in SprintX America Pro-Am without any further drama. 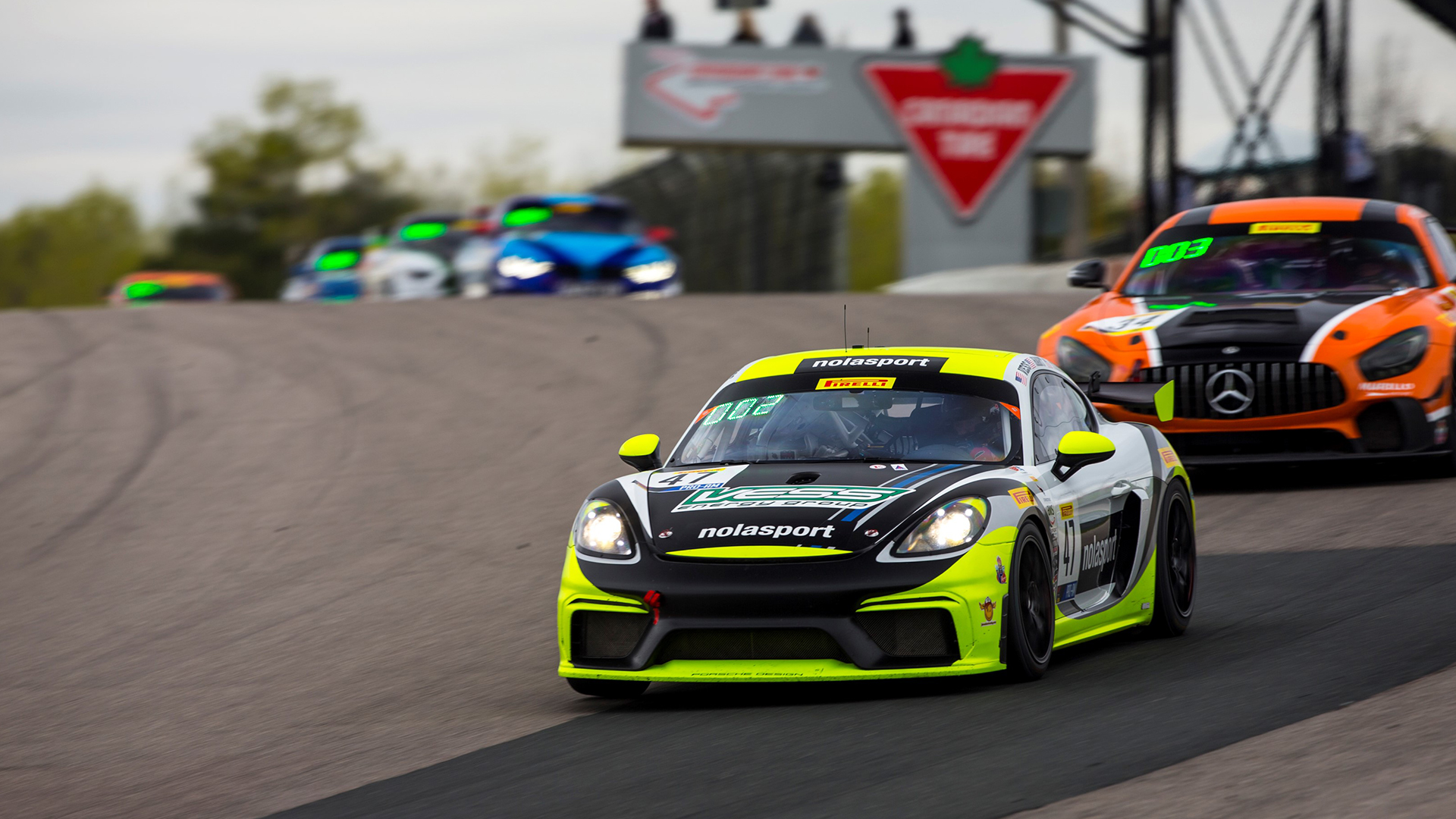 Jason Hart shared his thoughts on the weekend. 'The compressed schedule made CTMP a fast-paced event. The 47 felt good as soon as it it hit the track and team only made a few adjustments for qualifying. In Race 1 we stuck with the qualifying setup and managed an overall win for Nolasport, Porsche, Matt and I. Unfortunately Race 2 was spoiled by contact after an optimistic move from a competitor in T10. This resulted in a rush to the transporter and the replacement of a few suspension pieces. I can’t say enough about the Nolasport team, with an eyeball alignment, we set our fastest race lap after the repair and ﬁnished 3rd in class. I can't thank Matt and Nolasport enough for having me along.'

Matt Travis was disappointed the team wasn't able to sweep the weekend but philosophical about it all. 'I've crossed the anger bridge and come back to the friendship shore. If at the beginning of the season you told me that we'd be here, won 5 of 6 starts and that our worst ﬁnish would be third in class, I think that I'd have been really happy. I've asked the crew to locate and remove the orange car magnet from the 47 so we have no further issues. It stinks, every streak does eventually end and now we've got the chance to start another in a few weeks at Sonoma Raceway .'