With his sights set on the Porsche Cup, Jason Bell embarks on an ironman season racing in Pirelli GT4 America Sprint, SprintX and SRO's new GT Sports Club America. A refocused program in partnership with GMG Racing, Bell has teamed with sports car ace Andrew Davis to help him earn that illustratious Porsche Cup. Let's learn more about the duo in this week's Driver Download. 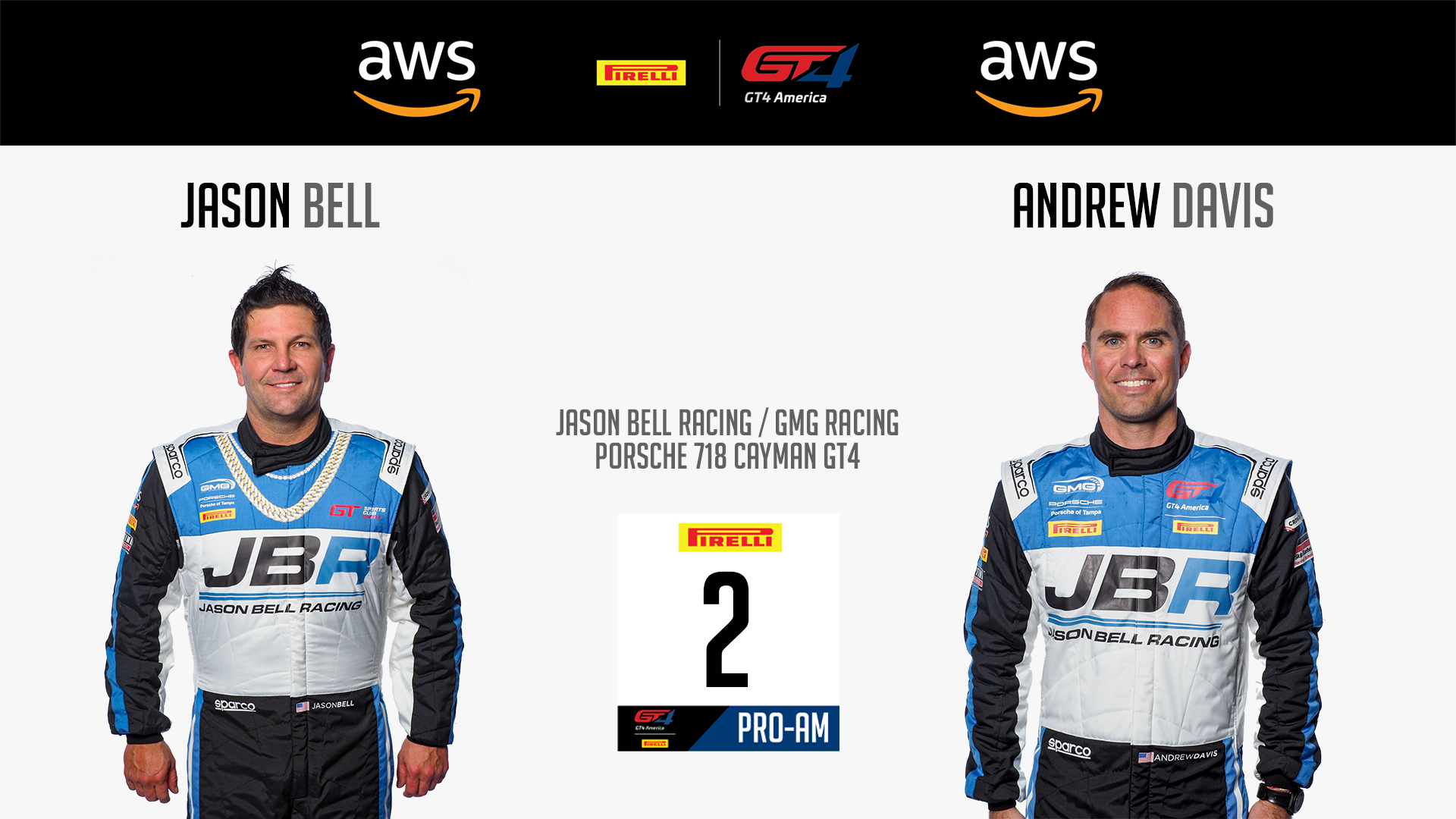 Andrew: There was lots of excitement surrounding the first round at COTA for our team.  It was our first time together with the new re-focused program that Jason Bell and James Sofronas created during the offseason, so the energy levels of the team were very high. We were quick right out of the box as our engineer, Chris Andrews, and the GMG crew had our Porsche 718 Cayman GT4 running exceptionally well. So well that I was able to take the pole position for the second Sprint X race!  Jason did a great job of splitting his driving duties between the Sprint and Sprint X programs, and I felt that we came away from the event with lots of positive data along with some very solid results. There were a few issues that knocked us out of contention for the podium, but I was thrilled to get a glimpse of our true potential moving forward.

How did you get into racing?
Jason: I started racing Go Karts when I was 8 until 12 then took a long break and in 2006 returned to go karting and open wheel racing for several years.

Andrew: My father raced as I was young, so I’ve literally grown up at the racetrack.  He drove an F-Production MG Midget in the SCCA before moving to a Lola Sports 2000 later in his racing career.  I began racing a similar Lola S2 back in 1997, also in the SCCA.  Having Road Atlanta just down the road, we had front row seats for all the great events and series in the 80’s and 90’s.  It wasn’t hard getting hooked on the sport when watching some of the greatest drivers push the limits in some amazing machinery.

What is your favorite racing memory?
Jason: Winning my First AM Race in The PWC at VIR

Andrew: I actually have two favorite memories.  I will never forget the special feeling of winning the 2011 Rolex GT Championship in the Brumos Porsche.  To win with such an iconic brand, and the fashion in which we won was simply amazing.  The other favorite memory was winning the 2015 CTSCC GS Championship with Stevenson Motorsports.  I’ve spent a lot of my career driving for the team, so clinching that championship meant a great deal.  Making that one even sweeter is that fact that we won it on my home turf at Road Atlanta!

What’s the story behind your helmet design?
Jason: About 6500 dollars lol No story for me I tend to allow the designer free reign. I love all of my helmets.

Andrew: My helmet looks a bit different than most of the modern day designs out there.  It’s also remained unchanged throughout my career.  The reason for the design is actually quite simple.  I’ve always been very proud to be an American driver in a sport that has such an international status, hence the stars and stripes being predominantly displayed.  The other colors integrated into my helmet design are red and black, which represents my alma mater University of Georgia.

Something interesting about you or a hidden talent?
Jason: I am a math nut I love numbers and calculations and very fast at calculations in my mind

Andrew: I won multiple BMX Championships when I was growing up before switching to four wheels.

If you could invite 3 people to dinner who would it be and why?
Jason: 1) My Mother so I could see her again 2) Donald Trump to pick his brain as I am a huge fan 3) Ayrton Senna because who wouldn’t want to be in his presence.

Andrew: Neil Armstrong, Michael Schumacher, and Chuck Yeager…I’m always in awe of individuals that push beyond normal human boundaries.  I’d love to be able to hear some of their stories about how they were able to find that next level.

Jason, tell us a bit about Osteria Tampa?

Just 2 months prior to COVID 19 I sold my part of the restaurant prior to all of this happening so I am not directly affected any longer, but I am still close to my previous partners and they are taking this opportunity to help the community and first responders as much as possible with meals. It is a tough time for anyone in the restaurant business.

Andrew, earlier this year we were at The Thermal Club where you got to work with Audi and prospective owners of their new R8 GT2 LMS…tell us more about the new platform? How was it received by the invited drivers?

I’ve had the privilege of working with Audi Sport Customer Racing for the last several years.  It was very exciting to be asked to head out to The Thermal Club to help potential customers become acquainted with the new Audi R8 GT2 LMS platform. Personally, I was completely blown away by the performance capabilities of this car! I’m not sure that I’ve driven anything in anger with quite that much horsepower before. However, Audi has done a superb job of harnessing that power and combining it with the braking and handling characteristics that make Audi vehicles so special. The end result is a beast of a car that still retains the desired drivability.  Having the opportunity to be part of that program certainly sold me on the new GT2 category and concept from the SRO.

The participants that came through to drive the car were all thoroughly impressed.  It was very special to see the big smiles and positive reactions of the drivers as they stepped out of the car.  I expect to see growth out of the GT2 category in the very near future. 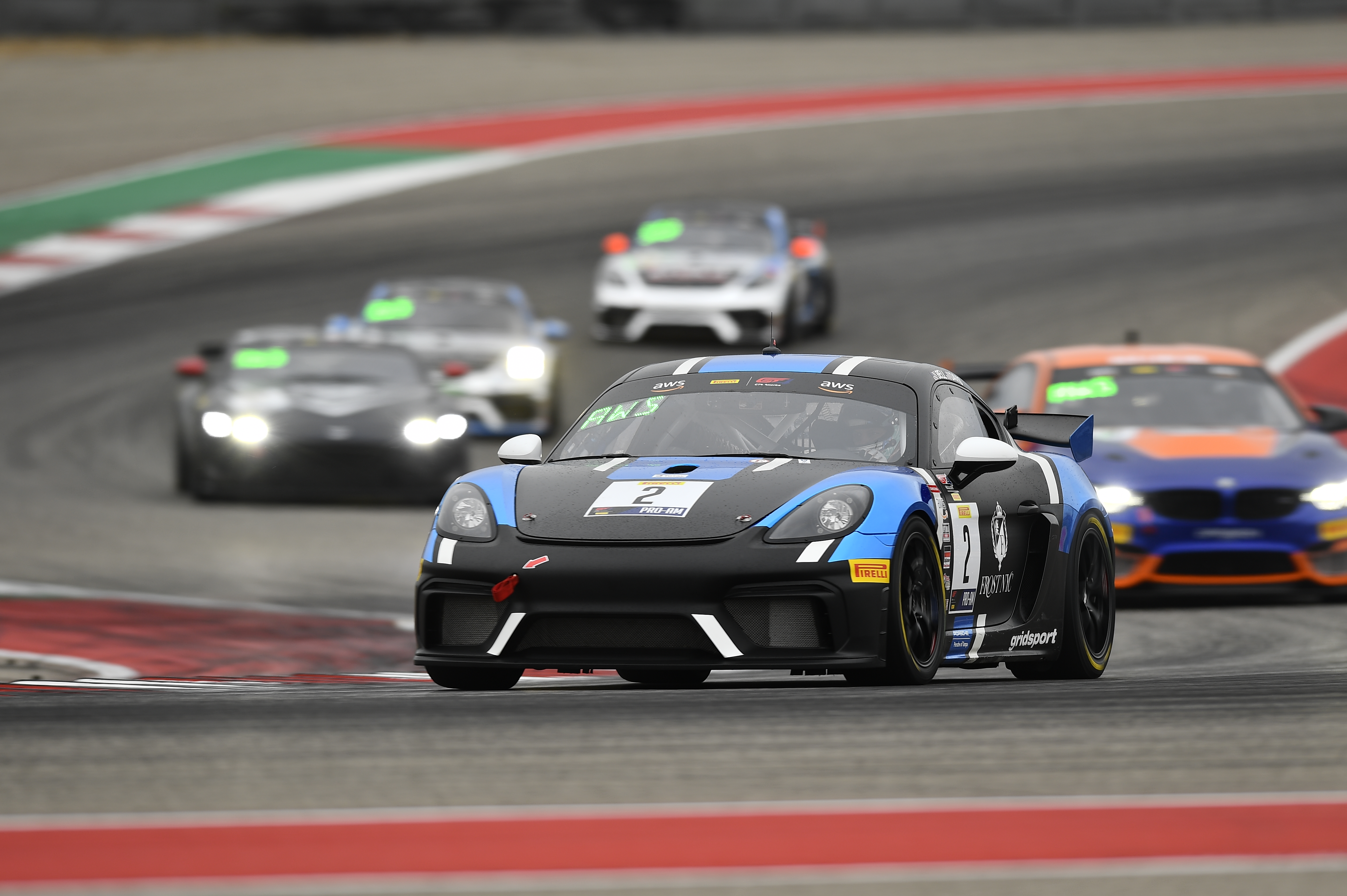 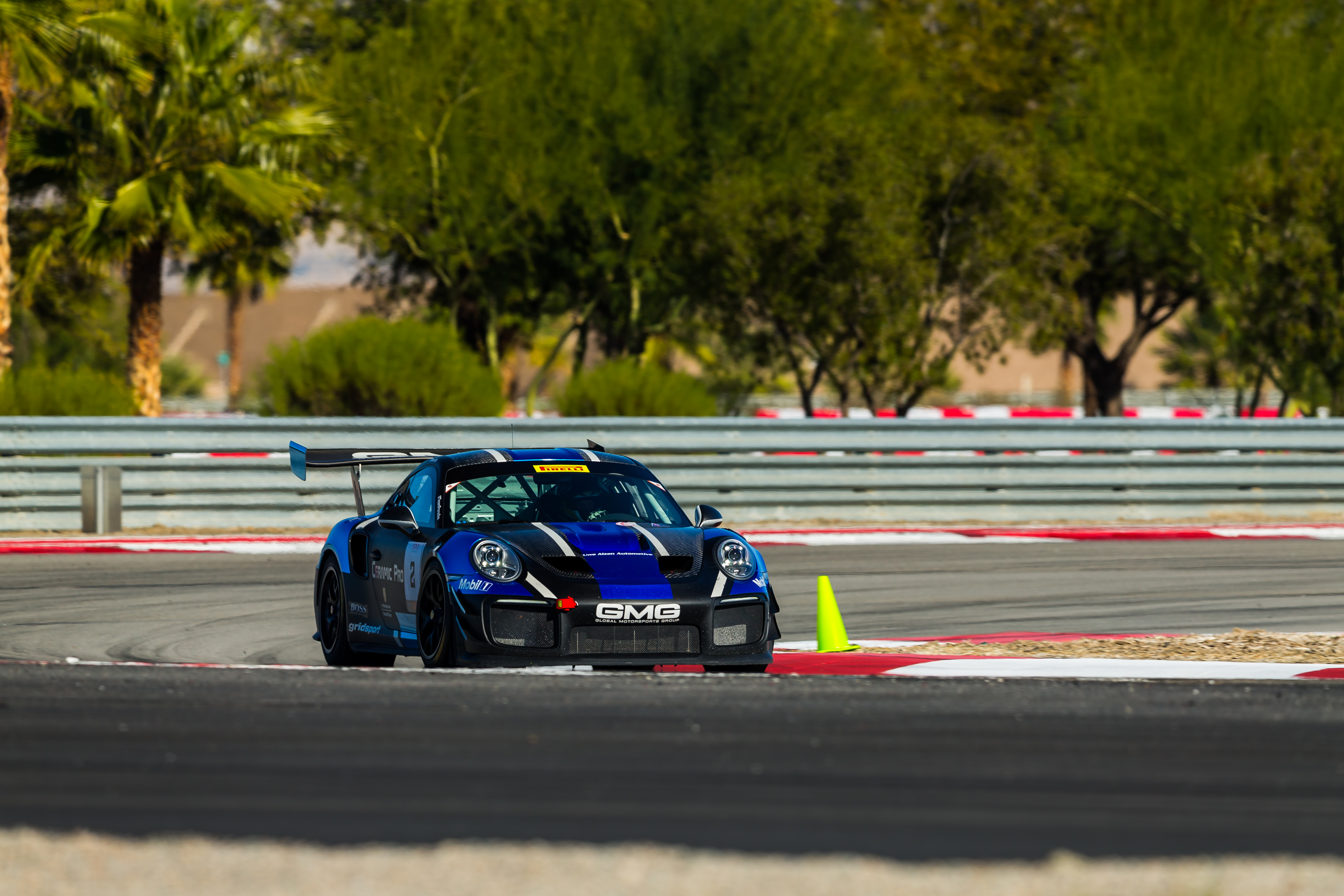