The Pirelli GT4 America Sprint series features a single-driver, 50-minute double-header race weekend at CTMP. The 15-minute qualifying session was held under sunny 12-degree Celsius/53-degree Fahrenheit temperatures. From the drop of the green, Spencer Pumpelly, driving the #66 TRG – The Racers Group Porsche 718 Cayman CS MR immediately went to the top of the charts with a 1:23.593.

Pumpelly, who had a dominating flag-to-flag win on the Streets of Long Beach in Round 3, held the top spot for a majority of the session until with just under four minutes remaining Elghanayan, in the #71 Marco Polo Motorsports KTM X-bow went to the top with a 1:23.465 bumping Pumpelly to second.

Of note, Pirelli GT4 America Sprint Pro series driver championship co-leaders coming into the weekend – Ian James in the #50 Team Panoz Panoz Avezzano GT4 and Gar Robinson in the #74 Robinson Racing Chevrolet Camaro GT4 posted the 6th and 10th fastest times of the session respectively (James with a 1:24.115, Robinson with a 1:24.616). 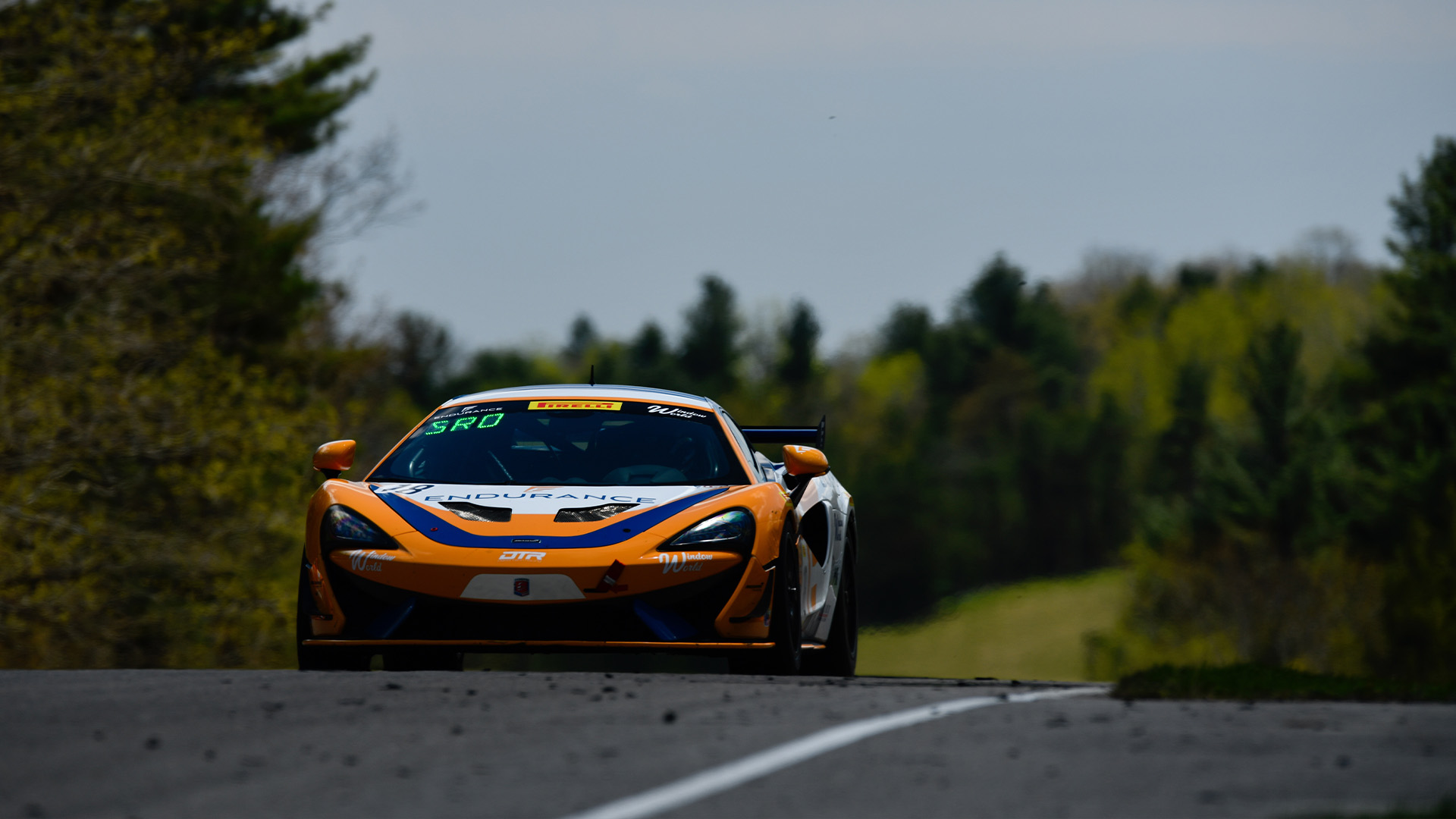 In the very competitive GT4 Am Division, the top five competitors running in the class came into the weekend all within a 11-point spread in the driver’s championship standings. Jarett Andretti, who sits a single point ahead of Matthew Fassnacht (51 to 50) before Round 6, set the fastest lap in the Am class in his #18 Andretti Autosport McLaren 570S GT4 with a 1:24.245 – and will start seventh overall on the grid. Fassnacht, driving the #53 Mercedes-AMG GT4 will start alongside Andretti eighth overall on the grid after posting a 1:24.336. Fassnacht comes off impressive back-to-back victories at VIR. Drew Staveley, who sits only two-points behind Fassnacht with 48 points coming into the weekend, will start just behind Andretti and Fassnacht, 9th overall after running a 1:24.466 in his #12 Ian Lacy Racing Ford Mustang GT4.

KTM, Porsche, Ford, Mercedes-AMG, Chevrolet, McLaren and Panoz were all represented within the top 10. Pirelli GT4 America Sprint competitors now get set for Round 6 of the 2019 Championship – a green flag start is scheduled for 9am Saturday.

All Sprint races will be streamed live on gt4-america.com and via audio simulcast on SiriusXM satellite radio Ch. 383 (983 on the app).

All results are provisional until posted final.