The #34 Murillo Racing Mercedes AMG of Christian Szymczak (SprintX West Pro-Am) would lead the field to the green flag with the late evening sun setting to the west of Sonoma Raceway.  That lead would only last for 15 minutes as Vesko Kozarov (SprintX West Am) in the #91 Rearden Racing Audi R8 GT4 would pass Szymczak and quickly gap the field.  The Kozarov/Burton pairing would hang on to the lead and claim their first overall win of the 2019 Pirelli GT4 America SprintX season.  “I’m super proud of Jeff [Burton] to hang on to the car with some great drivers behind him to pull away and take the win.  The car is a bullet and Jeff brought it home,” said a smiling Kozarov. 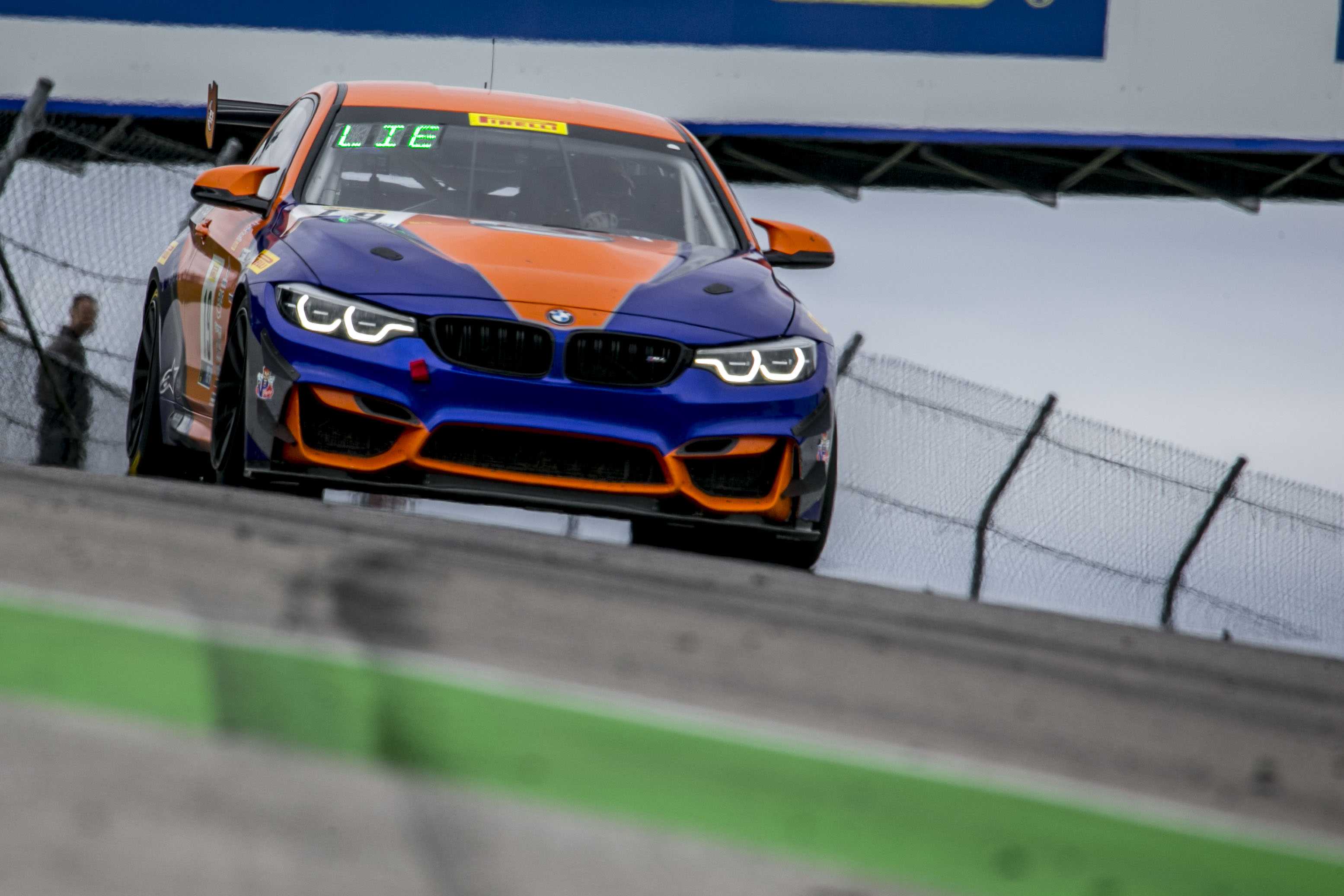 The first safety car would appear after Preston Calvert (SprintX Am) was spun by Matt Travis (SprintX Pro-Am) in the #47 NOLASPORT Porsche at the turn 7 hairpin, ending the #51 Team Panoz Avezanno’s race.  The championship-leading #47 machine would face a drive through penalty for avoidable contact.  It was a quick full course caution however with the race going back to green with 38 minutes remaining.

After the mandatory pit stops for driver changes, a second safety car would be called with 18 minutes to go after the #17 TRG Porsche 718 Cayman CS MR of Derek Deboer (SprintX West Am) made major contact with the turn 8 tire barriers.  Deboer was able to walk away from the incident under his own power. 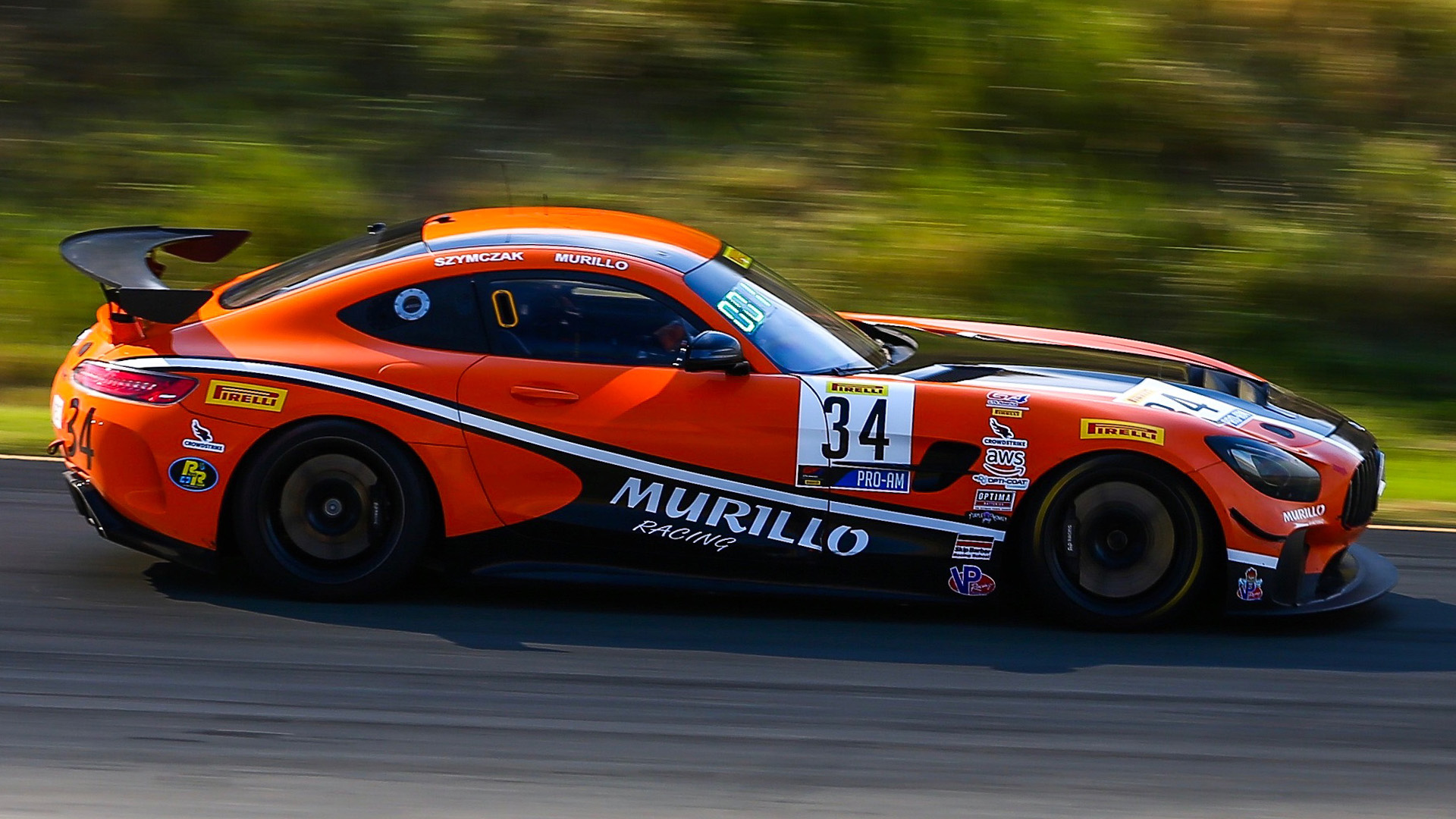 The race went back to green with 8 minutes remaining with Gregory Leifooghe (SprintX Pro-Am) in the #19 Cameron Racing BMW M4 GT4 pushing past the #34 Kenny Murillo-driven Mercedes for second at turn 2.  Leifooghe will start Sunday’s race 2 from pole after posting the fastest race lap of 1:49.446.

While battling for fourth position with 5 minutes left on the clock, the #5 USRD Ginetta of Casey Dennis (SprintX West Pro-Am) and #36 Andretti Autosport McLaren of Jarrett Andretti (SprintX Pro-Am) would make slight contact at the final hairpin, allowing the #28 ST Racing BMW M4 of Harry Gottsacker to move past the Ginetta, while the McLaren would hang on to fourth with the Ginetta falling through the field, ultimately finishing tenth overall.

The championship leading #47 NOLASPORT Porsche of Jason Hart, who took advantage of the second caution period, would find his way past the #28 ST Racing BMW and finish fifth overall.  The #28 would come home sixth. 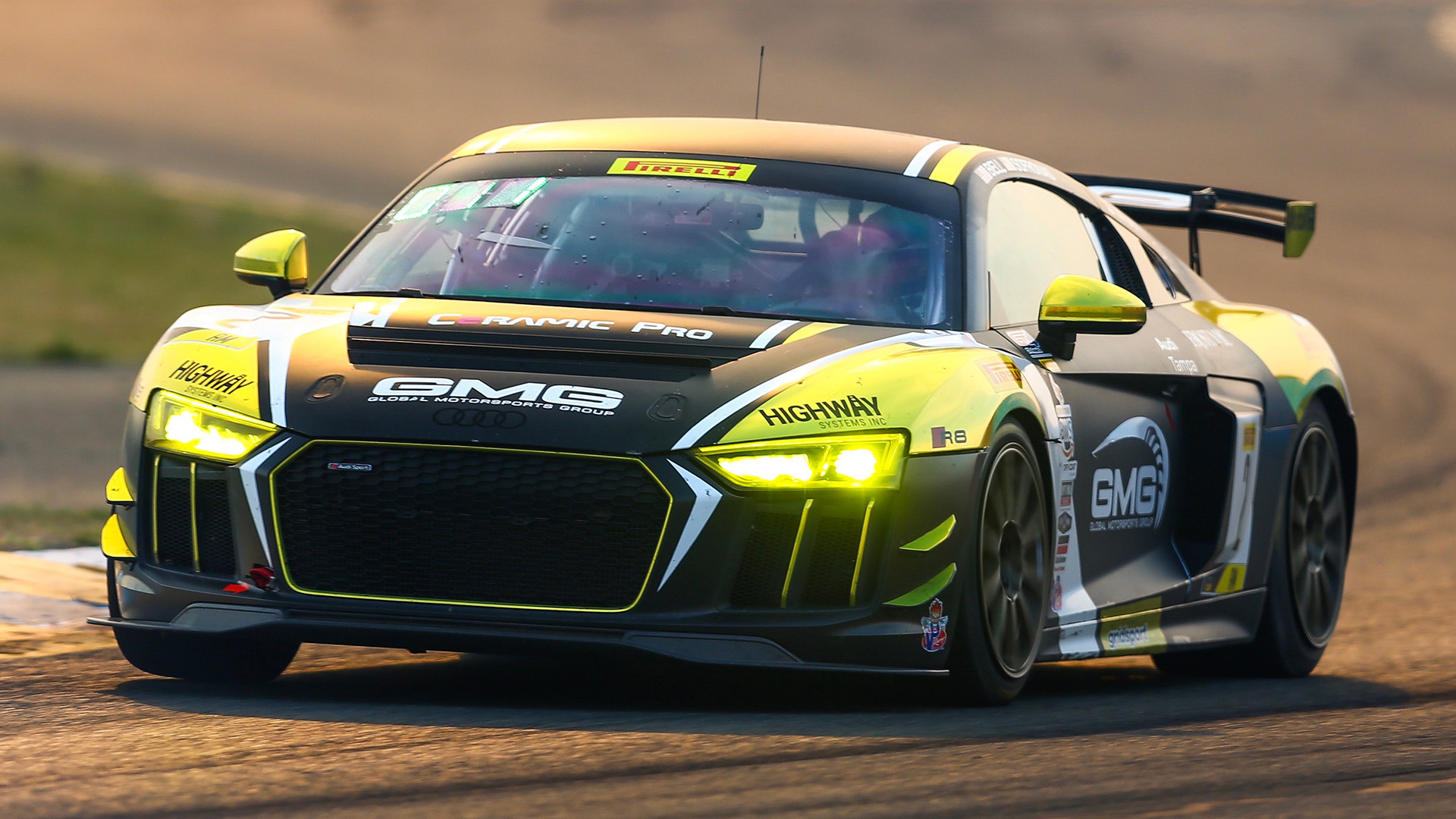 Kevin Woods (SprintX West Am) and the #67 TRG Porsche 718 CS MR would finish seventh followed by the #43 Rearden Racing Audi of Owen Trinkler (SprintX West Pro-Am) in eighth.  Ninth place would go to the #2 GMG Audi R8 LMS of Jason Bell (SprintX Am).