SONOMA, CA - The #47 NOLASPORT Porsche 718 Cayman CS MR of Jason Hart (SprintX Pro-Am) would lead the field to the green flag for the final Pirelli GT4 America SprintX race of the weekend at Sonoma Raceway. It was the #34 Murillo Racing Mercedes of Kenny Murillo and Christian Szymczak (SprintX West Pro-Am) who would grab the headlines however, moving from fifth position to first to take the win.

Just prior to the green flag, SprintX Race 1 winner Jeff Burton (SprintX West Am) would head to pitlane in the #91 Rearden Racing Audi R8 LMS GT4 to change a tire that was losing air pressure.  The team would change the Pirelli rubber and get the car back on track without losing a lap to the leaders.  The team would fight back through the field and grab an impressive eighth position overall.

13 minutes into the race the #51 Panoz of Matt Keegan (SprintX Am) pulled along-side the #19 Cameron Racing BMW M4 GT4 of Gregory Liefooghe (SprintX Pro-Am) and would out-brake the BMW at the turn 7 hairpin via the outside line for second place.  Keegan would then chase down the leading #47 NOLASPORT Porsche and grab the lead at the final hairpin one lap later.

Behind the leaders, the #43 Rearden Racing Audi R8 LMS GT4 of Owen Trinkler (SprintX West Pro-Am) would also choose the final hairpin to make a pass over the #67 TRG Porsche 718 Cayman CS MR of Kevin Woods (SprintX West Am) to grab seventh position.

During the mandatory pit stops for driver changes, the first and second place cars would pit together early in the pit window with Preston Calvert getting in to the #51 Panoz and Matt Travis in the #47 Porsche.  Third place Gregory Liefooghe would stay out in an attempt to over-cut his rivals and pit with 26 minutes remaining, turning the #19 Cameron Racing BMW over to Sean Quinlan.  The stop was just a little too quick compared to the minimum required time and the #19 would face a drive through penalty for the error.

The #34 Murillo Racing Mercedes AMG of Christian Szymczak (SprintX West Pro-Am) would be the fastest car on track after switching drivers, as the bright orange machine would move from fifth to second in just a matter of laps before chasing down the race-leading Panoz.  With 20 minutes remaining the #34 would slip stream past the #51 at the turn 7 hairpin and take the overall lead and victory.  “I was actually going back and forth on racing this weekend, but I knew it was going to be a great time so I had to!” said Szymczak, “The mercedes was really good all weekend.  I’ve been racing with Murillo for years now and the team is great and gave us a great car.”

Half a lap later Colin Mullan (SprintX Pro-Am) in the #36 Andretti Autosport McLaren 570S GT4 would pass the #47 NOLASPORT entry on the outside of turn 1 to take over the final podium position. 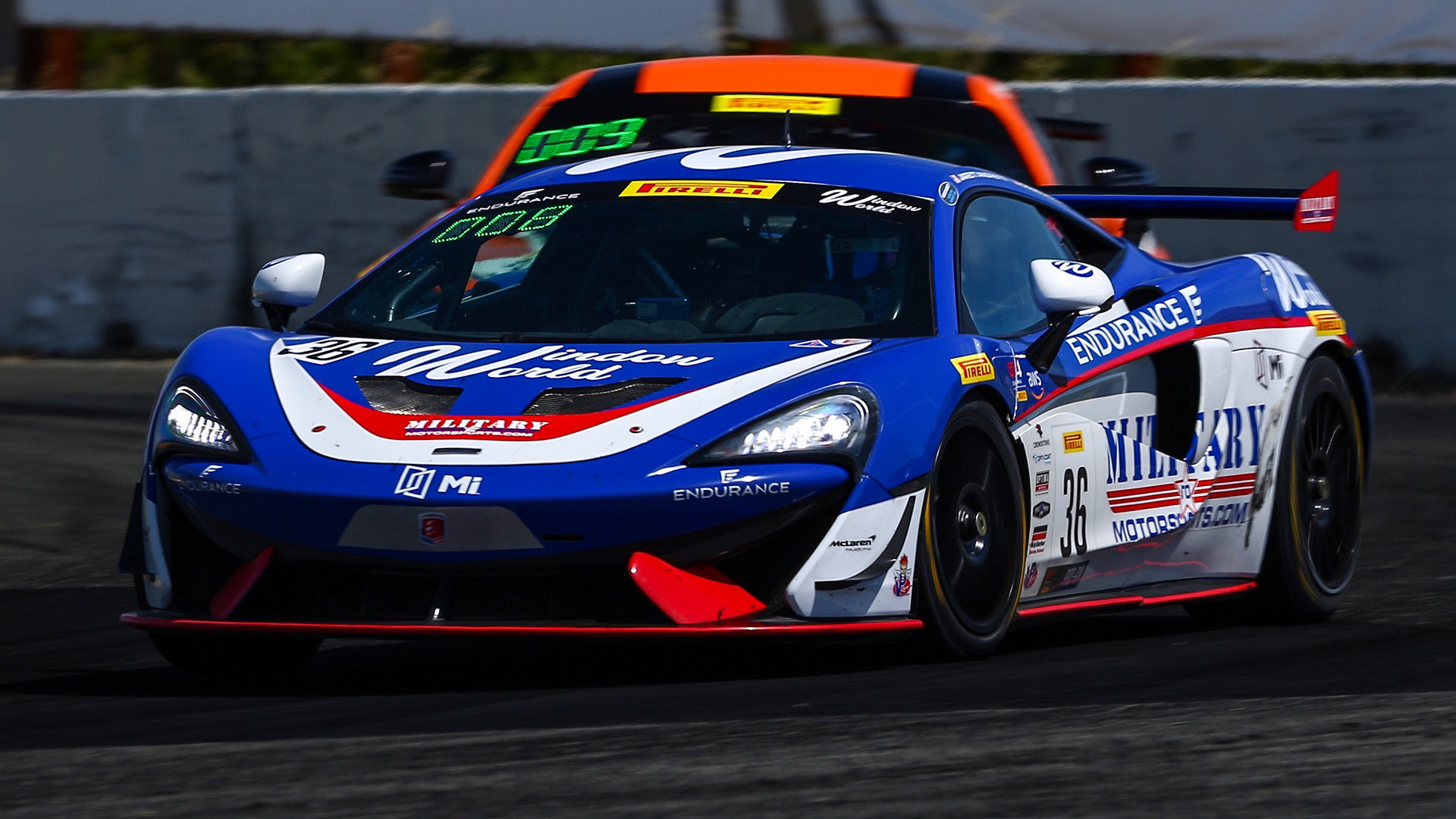