Team drivers Matt Travis and Jason Hart brought a measured approach to the 12 turn undulating circuit. The sun-baked and polished surface brought its challenges, per Matt Travis' request, the temperature was up and with two races in the heat of the day, the track offered all that the competitors could handle. The duo would finish 5th overall in Race 1 for 3rd in SprintX Pro-Am and 4th overall for 2nd in SprintX Pro-Am in Race 2.

Matt Travis qualified 3rd for Race 1 to lead off the weekend. At the start Travis would get shuffled to 5th through some traffic and eventually settle in 7th by lap 3. On lap 9 the Nolasport Porsche would have contact with a Panoz. Travis wasn't proud of his stint, 'It certainly wasn't my best start and I need to own the contact. It wasn't intentional and that's just not my style.'

Jason Hart would serve a 30 second stop and hold penalty as a result of the contact. Hart would stay on the lead lap well behind the field until a caution flew. Hart was beaming after the finish, 'After serving the penalty, I was told to conserve the car and tires. The caution came and bunched the field up. The finish was a blast, it was so much fun seeing the action unfold, I was able to avoid incidents ahead, pass cars and we went from 12th to 5th overall.'

Starting from pole position in Race 2 Jason Hart led the opening seven laps before relinquishing the lead. He enjoyed the view from the front, 'I could see the guys behind were having an awesome race and I was doing all I could to stay ahead. Once the Panoz showed its strength and got to me it was able to drive around. Temperatures were so high that rather than use up the car completely I chose to preserve the Pirelli tires so Matt would have a good car to drive to a strong finish.'

Once on board the Nolasport 47 Matt Travis would run a pace to gain through to the finish. Constant communication from team engineer Scott Besst kept Travis appraised of his situation as competitors served penalties and pace fell off through the hottest race SprintX has seen all year. The Nolasport 47 was able to inch forward and came home 4th overall and 2nd in SprintX. 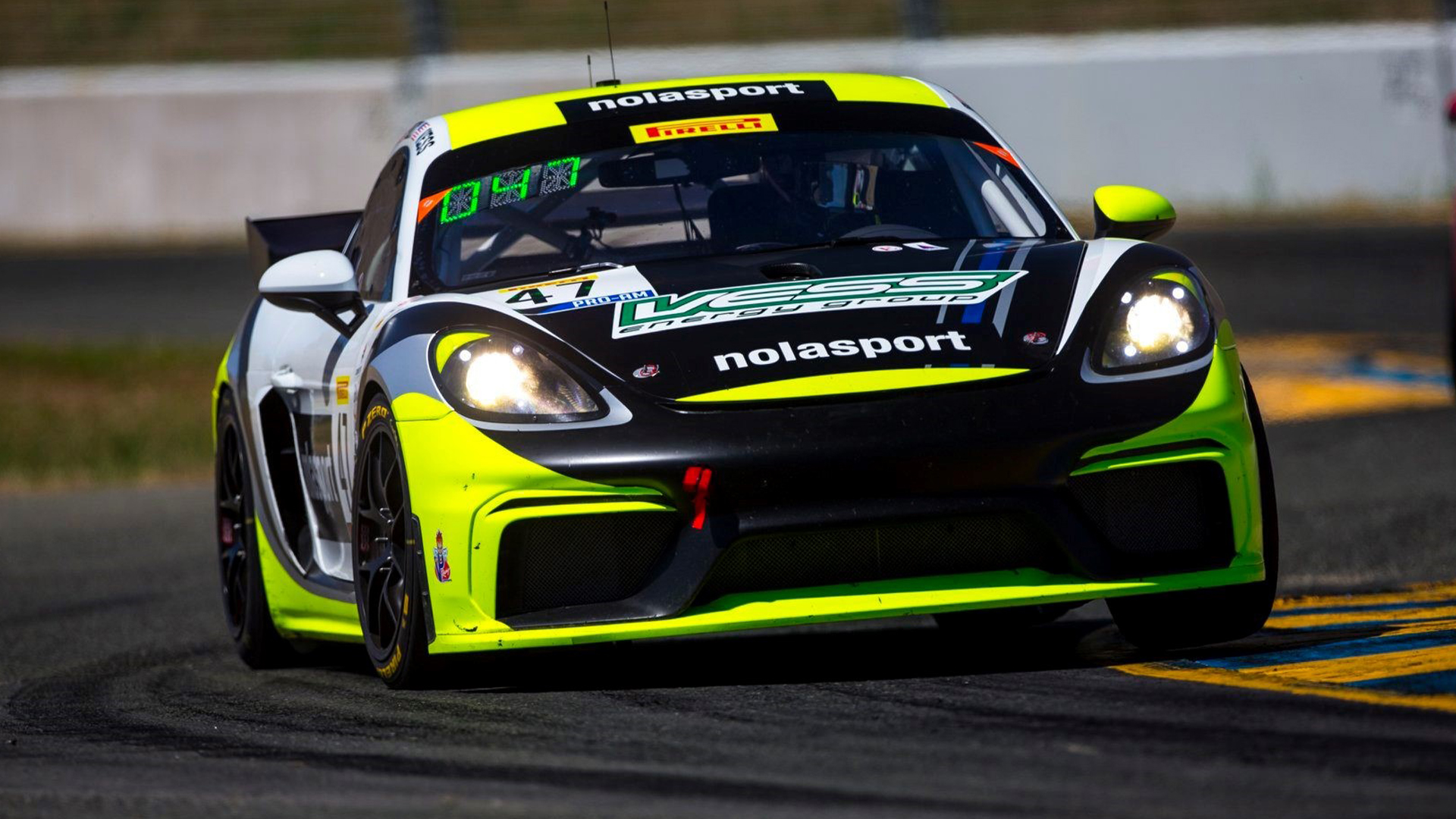 Matt Travis wrapped up his weekend. 'It's challenging to be happy with podium finishes when you started a season with hard fought wins but Sonoma Raceway was a success. We have great engineering and a great team at Nolasport that is solution-focused. We'll continue to work hard through the second half of the season and the championship chase is heating up.'

Jason Hart echoed Matt Travis' sentiments, 'I can’t thank the entire Nolasport team enough for giving Matt and me such a great Porsche 718 Cayman GT4 Clubsport MR. The Nolasport 47 was as good as it had been all weekend on Sunday in the hot conditions. We are constantly working to improve and maintain our SprintX championship points lead. I am so thankful Matt Travis has chosen me and I'm proud of the job he's done in the car. I am truly blessed to be here racing in Pirelli GT4 America SprintX with Matt and the Nolasport team.'

The Nolasport 47 will return to action at Portland International Raceway July 12-14, 2019