WATKINS GLEN, N.Y. – The Pirelli GT4 America series has entered in to its final three race events of the year, beginning with this weekend’s double header at Watkins Glen International. Flying Lizard Motorsports returns to the track for a third time in their 15 year history, defending Mike Hedlund’s 2018 win. Full season driver Michael Dinan will run the two sprint races alone in the No. 210 Porsche 718 Cayman GT4 Clubsport, and be joined by co-driver Robby Foley for the two SprintX races in the No. 21 Porsche 718 Cayman GT4 Clubsport. 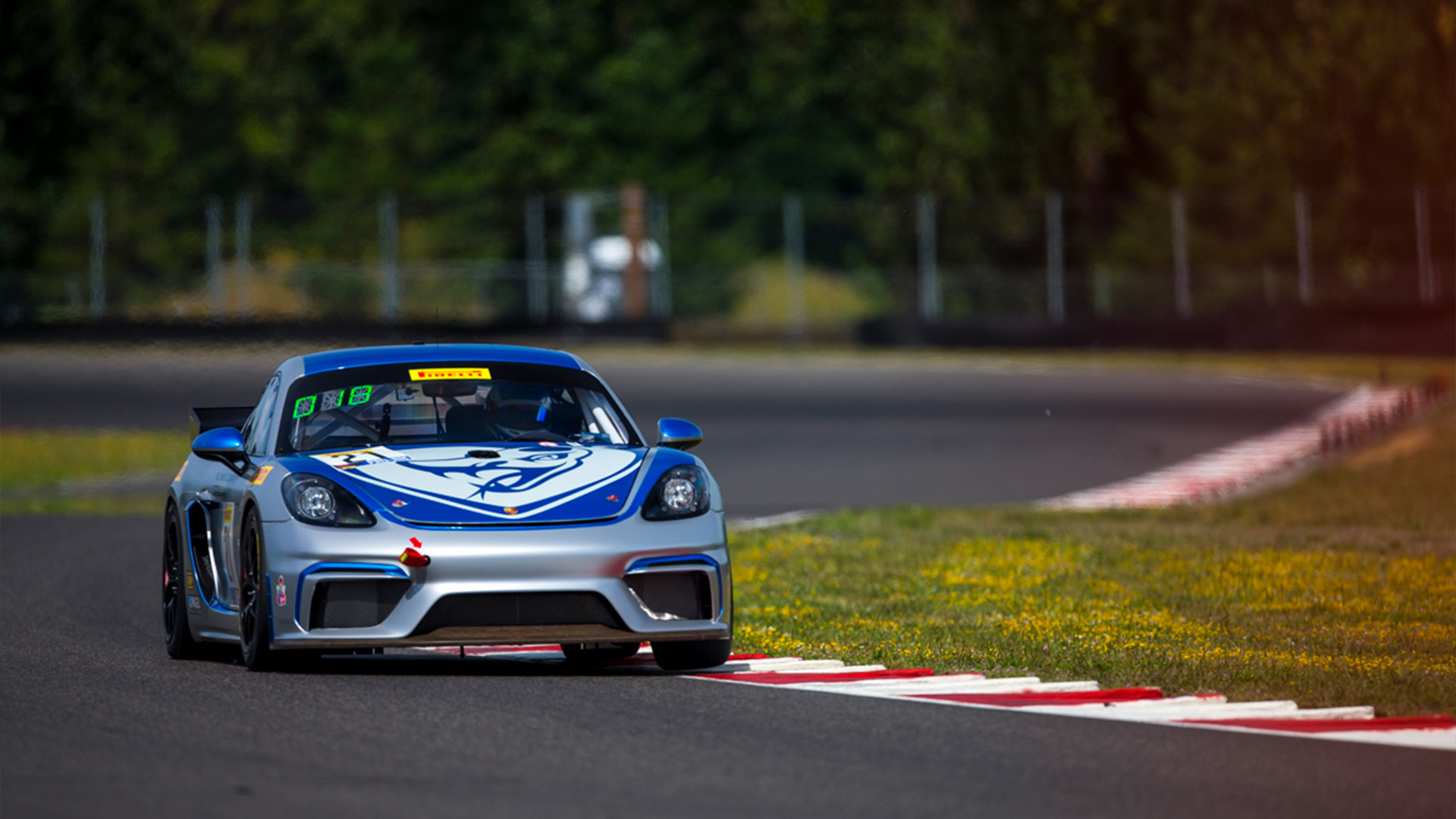 The Format
The GT4 America Sprint championship consists of two 50 minute races in one weekend, with Michael Dinan in command of the car for the entire race. No pit stops are required, but may be taken for emergency situations. There will be one 15 minute qualifying session for race one. Race two’s starting position will be determined by the fastest lap from race one.
For the two SprintX races, Dinan and Foley will each drive the Porsche 718 Cayman GT4 Clubsport. The pair will share the two practice sessions before both will get a chance to qualify for one of the weekend’s two races. The driver will start the race he qualified for, then pit during the mandatory 10 minute window during the race to let the second driver finish the event. The races will run for 60 minutes, with one pit stop required. Teams will not be allowed to change tires or add fuel to the car.
Driver Quotes
Michael Dinan: “I can’t wait to get on track this weekend at Watkins Glen. It’s a new track for me, but from everything I’ve heard it’s going to be one I’ll enjoy. Looking forward to the challenge and excited to get back in the car.”
Robby Foley: “I’m excited to head back to Watkins Glen for the second time this year this time with Flying Lizard and Michael. This is one of the best tracks in the world and I’m looking forward to chasing some hardware with the team and helping Michael get up to speed at a new track for him.” 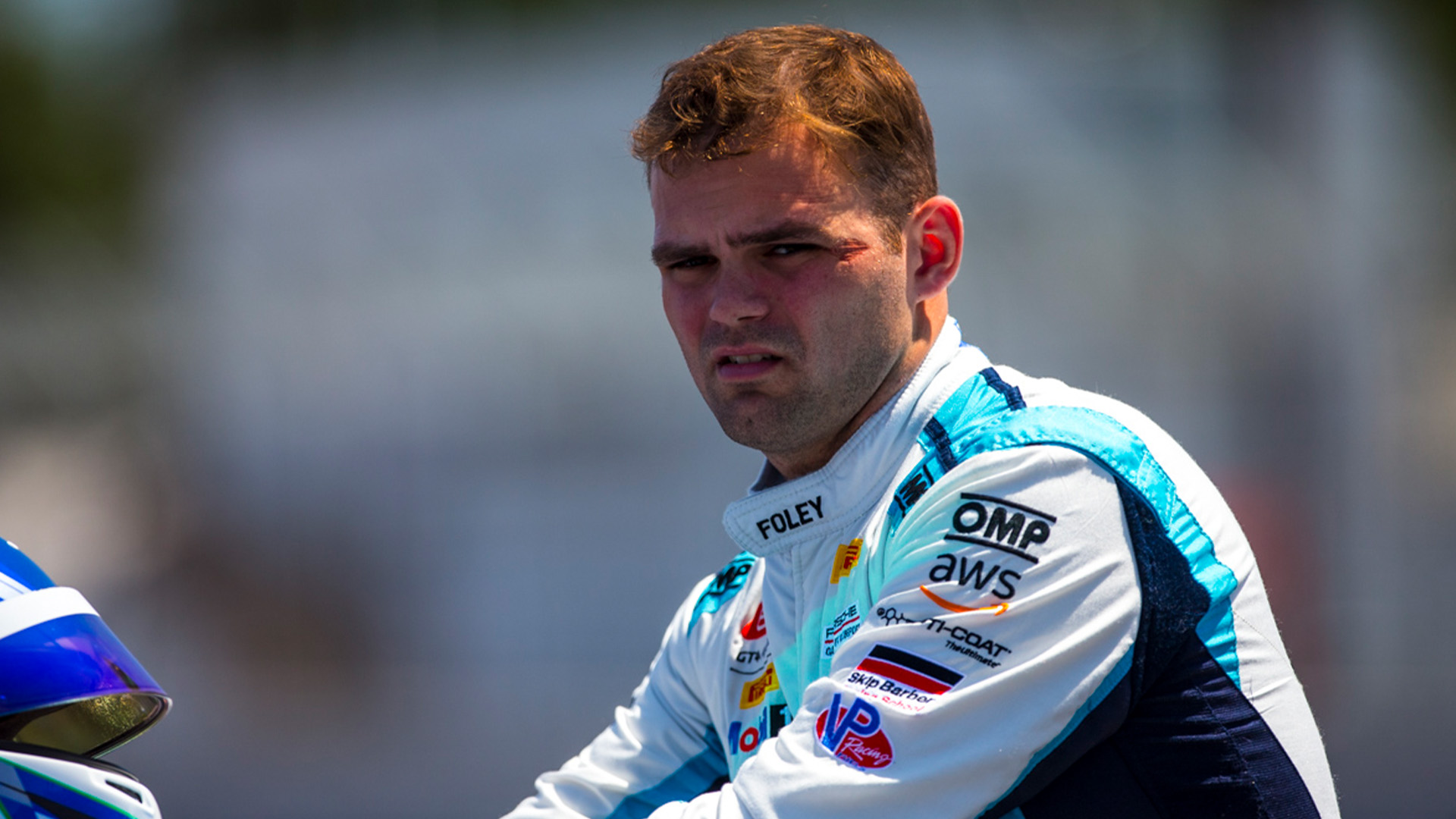 The Track
Located in the Finger Lakes area of New York, Watkins Glen was originally created in 1948 as a 6.6 mile street course in downtown Watkins Glen, New York, using public roads to create the circuit. In 1956, the track moved to a permanent location, undergoing various changes and renovations throughout the decades. Now an 11 turn, 3.4 mile permanent road course, the track hosts a variety of racing from IndyCar to NASCAR.
The Engineering: From Team Engineer Jim Bell
Watkins Glen International is a high grip track with medium to high speed corners. The track has a lot of different turns, ranging topology, and usually varying weather conditions. The focus this weekend will be on the medium to high speed transitions and braking, trying to keep the minimum speeds up, and ensure stability in the chassis under braking and transition in corner.
Tune-In
The first round of races for the Sprint and SprintX begin Saturday August 31st at 2:05PM and 5:50PM Eastern, respectively. The second round of races will take place Sunday, September 1 at 9:40AM, and 1:00PM Eastern. Throughout the weekend, the team will post live updates of all practice, qualifying, and race sessions via twitter. All races will air live on the GT World YouTube Channel as well as www.gt4-america.com. For full event information, visit www.gt4-america.com.


About Flying Lizard Motorsports
Based out of Sonoma, California, Flying Lizard Motorsports is one of the most iconic sports car teams in motorsports, having celebrated six driver and team championships, as well as competed internationally at the 24 Hours of Le Mans eight times. The team currently races in Pirelli World Challenge, Porsche Pirelli GT3 Cup Trophy USA, and Porsche Club of America.
The Lizards burst on the American Le Mans Series scene in 2004, competing in the GT class until 2012. In 2013, the team moved to the GTC class, still competing in legendary events such as the 12 Hours of Sebring and 24 Hours of Daytona. In 2014, the team expanded its program to include running two Audi R8 LMS in the TUDOR Championship, and in 2015, again expanded the program to include two Porsches in Porsche Club racing. Flying Lizard closed out the season with a dominating win at the 25 Hours of Thunderhill with Toyo Tires, a win they repeated in 2016, 2017, and 2018. For more information, visit lizardms.com. Flying Lizard Motorsports has proven to be a championship contender no matter the race series or race car.