At the start, Spencer Pumpelly and the #66 TRG Porsche 718 Cayman CS MR fell to fourth from second, but quickly moved back into the third position as the field went to turn 5. Pumpelly continued his charge past Shane Lewis and the #72 Robinson Racing Camaro GT4 at Canada Corner for second and went into pursuit of Cooper for the lead.

While Drew Staveley and the #12 Ian Lacy Racing Ford Mustang GT4 pulled away from the rest of the Am field, Alan Brynjolfsson and the #7 Park Place Porsche 718 Cayman CS MR got past Tony Gaples in the #11 Blackdog Speed Shop McLaren 570S GT4 for second position in class, as the owner/driver continued to fall through the order in the wet conditions, ending up fifth. 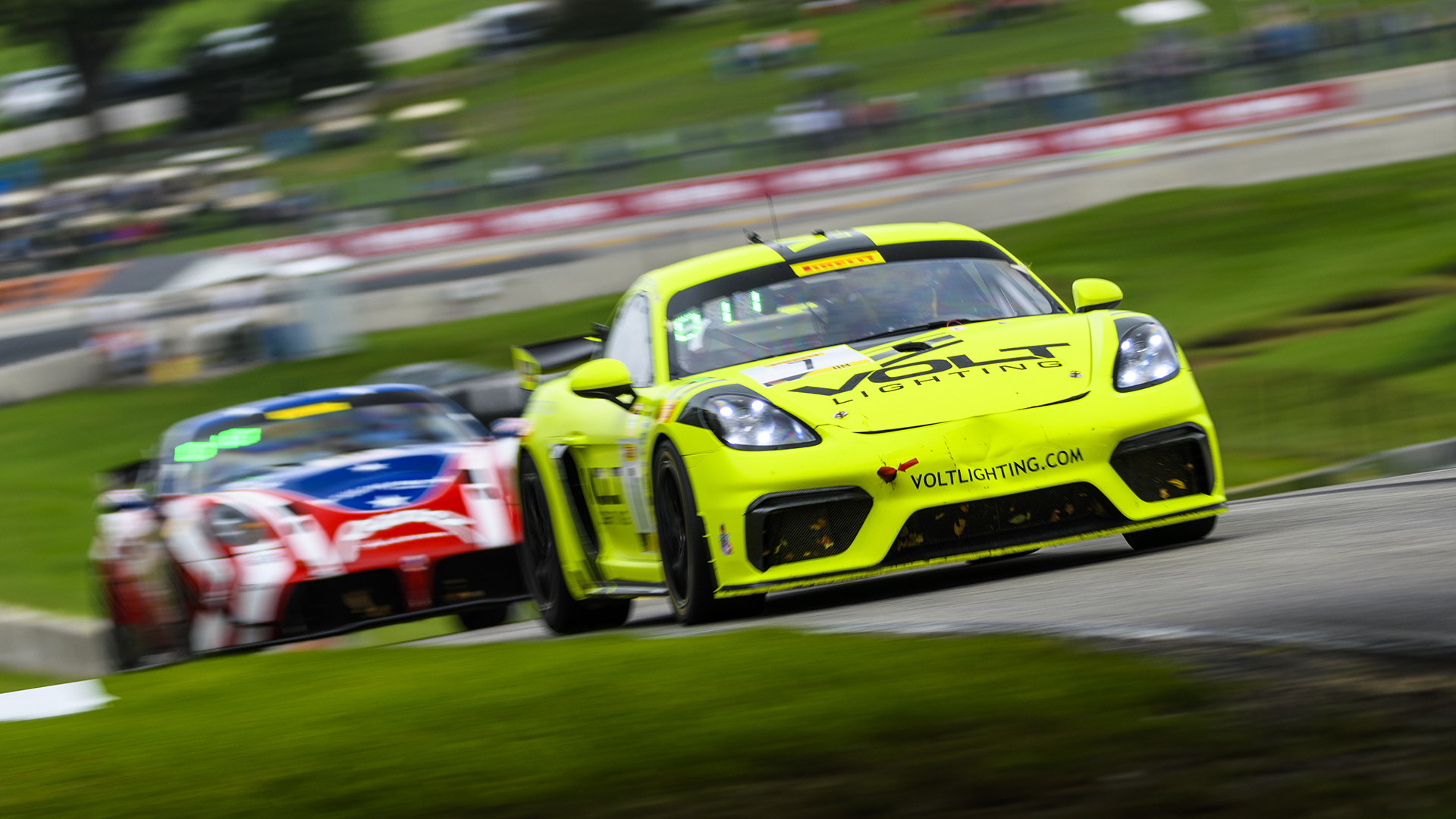 With 13 minutes off the clock, Staveley was spun out of the class lead after contact with Jarrett Andretti and the #18 Andretti Autosport McLaren 570S GT4 at Canada Corner. Staveley was able to continue but would fall to second place, handing the class lead to Brynjolfsson. A full course caution was called shortly after as rain continued to pound the circuit.

With 23 minutes remaining on the clock, the race was red flagged and would not restart.