Michael Cooper appeared on his way to a fourth victory of the season and prime championship position in the No. 10 Blackdog Speed Shop McLaren 570S GT4 until he suffered a tire failure with two laps to while leading the race. Cooper, who entered with a 7.5-point lead in the Drivers standings, had driven from ninth to the race lead in the span of 40 minutes.

Cooper started second Saturday and made a move for the lead on the race’s second lap but went too deep into the Turn Three brake zone. He maneuvered the McLaren back into the field but lost more than 30 seconds to the leader. It took him five laps to move back into the top-five, and three laps later he took third place but was still 12 seconds from the lead.

He set the fastest lap of the race – and securing pole position for Sunday – shortly thereafter. With 10 minutes to go, Cooper took second and moved into the lead with three minutes when a tire problem struck leader Spencer Pumpelly.

Moments later, Cooper slowed on track with a flat right-front tire just past the pit entry. With no recourse, he had to coast slowly around the track and eventually finished 18th… with zero points. 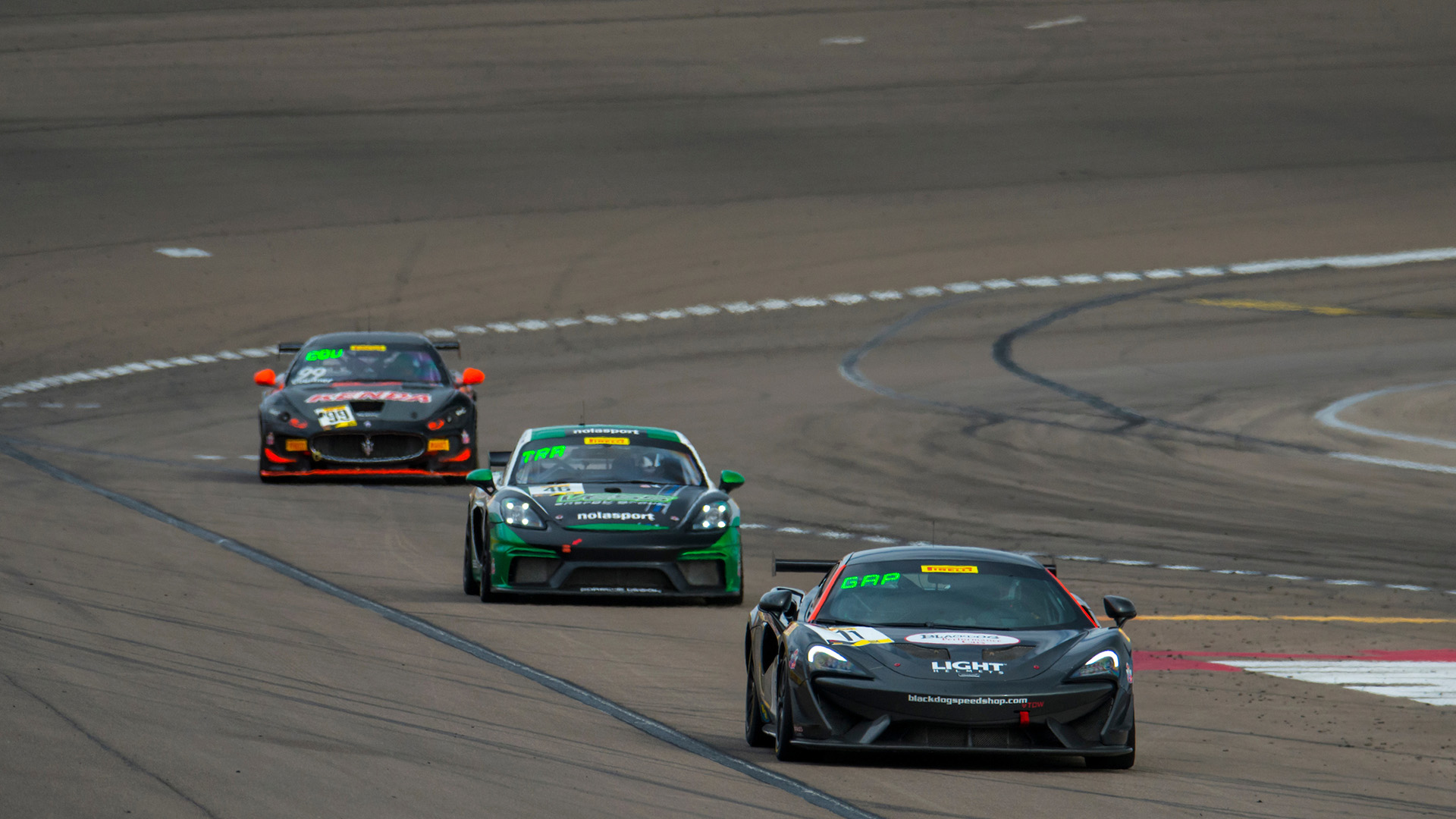 Gaples made it through a chaotic start with cars jostling in front and around him. He settled in to his original starting position of 10th overall and third in class. The battle between the lead cars in GT4 Am remained tight throughout with Gaples charging for second and holding off a challenge from behind.

Disaster struck with 17 minutes left as the left-rear tire on his McLaren came apart, forcing him into the pits. A quick inspection determined the damage under the bodywork of the McLaren was too much to continue.

MICHAEL COOPER, NO. 10 BLACKDOG SPEED SHOP McLAREN 570S GT4: “I’m holding my head high after that one. Such a swing in emotions through the race… It didn’t look good when that pass attempt on Spencer went south, but I was super confident in the car the Blackdog Speed Shop guys gave me. It was really unfortunate to get back to the lead and then have it all go away almost immediately. That is one of the worst and most helpless feelings you can have as a driver. We’ll regroup tonight and fight again. You never know what can happen tomorrow.”

TONY GAPLES, NO. 11 BLACKDOG SPEED SHOP McLAREN 570S GT4: “This was a really tough day. To have two tire failures like that is very frustrating. Personally, I think it had a lot to do with the track. The layout and configuration adds too many variables and is much different than anywhere else we go. For that reason, it’s tough to have a championship weekend here. I felt like I was doing a good job of maintaining my position during the race. I don’t know what happened but the tire just went down out of the chicane. It’s a tough way for your championship to be determined. There’s still a chance for second place in the category for me, but it will take a lot of luck. We’ll be out there giving it everything we have.”