AUSTIN, Texas – Paul Terry of Fillmore, Utah, made a sensational Pirelli GT4 America racing debut last weekend in the SRO America season opener for Rearden Racing with a win and a runner-up finish in the twin 50-minute Sprint Am races at the wheel of the No. 59 Paul Terry Trucking/Rearden Racing Aston Martin Vantage GT4 sports car.

Terry, a past TC America race winner for Rearden Racing, moved to the GT4 division in 2020 and immediately made an impact in the competitive GT4 Sprint action at the 3.436-mile, 20-turn COTA road circuit east of Austin.  In qualifying for Saturday’s 22-lap contest, Terry clocked a two minute, 16.617 seconds to grab the pole position.

In the 50-minute GT4 Sprint Am category, Terry just missed the victory by less than a second to Michael Dinan, also in an Aston Martin Vantage GT4 car. But in Sunday’s GT4 Sprint Am main event, Terry stalked Dinan throughout the 20-lap race until making the pass for the lead on the final circuit and taking the checkered flag by just .053 seconds in the thrilling finish.

“It was a great weekend for Paul and the Rearden Racing team to see him back on the top of the podium,” said Lara Tallman, Rearden Racing team owner. “We ran Paul in the final SRO Winter Series race in California and he won the pole there. We felt he would be very competitive at COTA. It’s a track he likes and has raced well at the past. He was on his game all weekend at COTA and it’s a super way for us to begin the 2020 Pirelli GT4 America series. I believe we’ll see Paul in the winner’s circle again this season.” 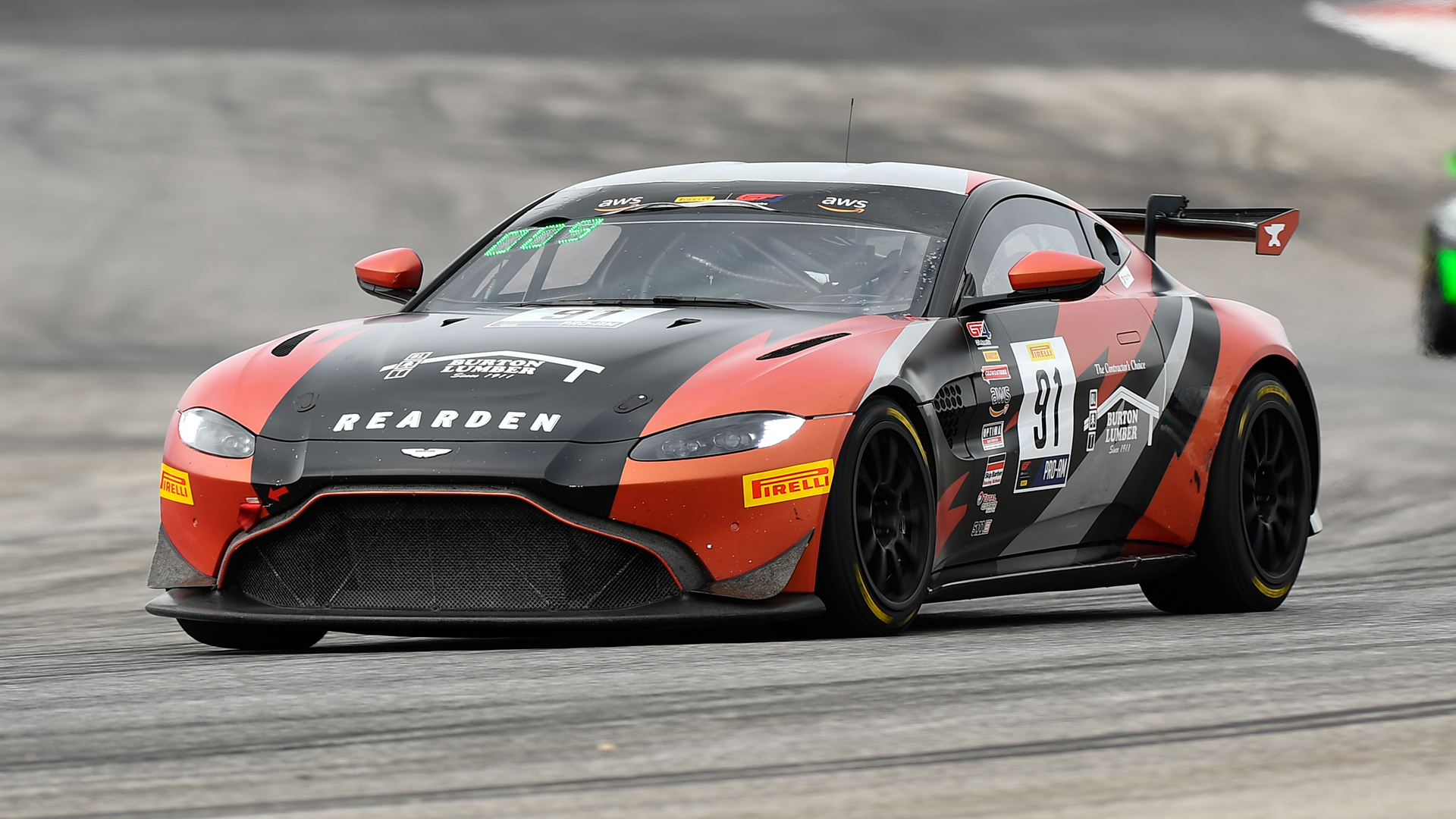 Terry’s Rearden Racing teammate, Jeff Burton of Salt Lake City, Utah, was also making his SRO America Sprint Am debut in the No. 91 Burton Lumber/Rearden Racing Aston Martin Vantage GT4 after a strong showing in the SRO Winter Series at Thermal, Calif.  Burton qualified sixth in the Sprint Am class and recorded fourth in both GT4 Sprint Am events at COTA.

“Jeff did a good job with his No. 91 Aston Martin last weekend and took two fourth places in the Sprint Am and qualifying very well in the SprintX Pro-Am as well,” explained Tallman, whose team led Burton and Vesko Kozarov to the 2019 GT4 SprintX West Am points championship. “Jeff qualified fifth overall in the Pro-Am division with the new Aston Martin. We struggled a bit with a tire component change we weren’t expecting, and it was difficult at the start of the weekend. Some red flags hurt Vesko’s qualifying with a very limited track time. But we feel the new Aston Martin cars are working well and we’ll be ready for the Long Beach SprintX race.

In the two SprintX Pro-Am races at COTA, the Burton/Kozarov pairing finished tenth in the Pro-Am division on Saturday, but, unfortunately, Kozarov’s mount was hit by another car and knocked out of the 60-minute, two-driver feature with damage on Sunday.