After winning three GT Rivals Esports Invitational rounds, Bryan Heitkotter will face his toughest challenge to date as the series heads to Japan for Round 5. The SRO America esports series travels from the Belgian countryside to the home of the Intercontinental GT Challenge powered by Pirelli Suzuka 10 Hour - the Suzuka Circuit.

Featuring a rare figure-eight style design with 18-turns across its 3.609-mile circuit, Suzuka’s unique layout and world-famous 130R corner will be a true test for our 38 real world pros and sim racers.

At Spa, GT Rivals newcomer Christian Szymczak took a shocking pole position and showed his speed in his first start in Assetto Corsa Competizione. He’ll bring back the Murillo Racing Mercedes-AMG to challenge Heitkotter for the overall win. Kenton Koch returns to action in the BSport Racing Aston Martin, looking for better luck after running out of fuel on the last lap while in second at Paul Ricard.

Dakota Dickerson, driving the MLT Motorsports Ferrari 488 GT3, has strung together multiple podiums and striving for a solid qualifying effort to better challenge for the win. After qualifying third at Spa, CrowdStrike Racing’s Kevin Boehm was on-track for another solid finish before internet difficulties regulated him to start from the back. He later was involved in an incident putting his Mercedes-AMG into the wall at Eau Rouge and out of podium contention.

Champion Motorsport’s Dirk Groeneveld finished an impressive second last weekend at Spa and has an opportunity to challenge the pro racers for the overall win. In only two starts, Kenny Murillo has also shown his speed to be a contender and working with teammate Szymczak, the duo are strong pair to consider dethrowning Heitkotter.

New Zealand's Will Bamber, co-owner and driver of Earl Bamber Motorsports, will make his first start in GT Rivals. Bamber is set to make his GT World Challenge Asia powered by AWS debut this season with his EBM team stepping up into Asia’s biggest GT championship racing with Porsche.

USAC champ Logan Seavey impressed everyone with his pace at Spa, qualifying in the Top 10. Seavey got caught in the unfortunate opening lap mayhem and looks to take that pace into Suzuka this Sunday driving the Mercedes-AMG GT3.

Tune-in this Sunday at 3pm ET to catch all the action and enter to win exclusive giveaways. This week will feature an ASUS TUF Gaming Graphics Card as well as PC versions of Assetto Corsa Competizione. 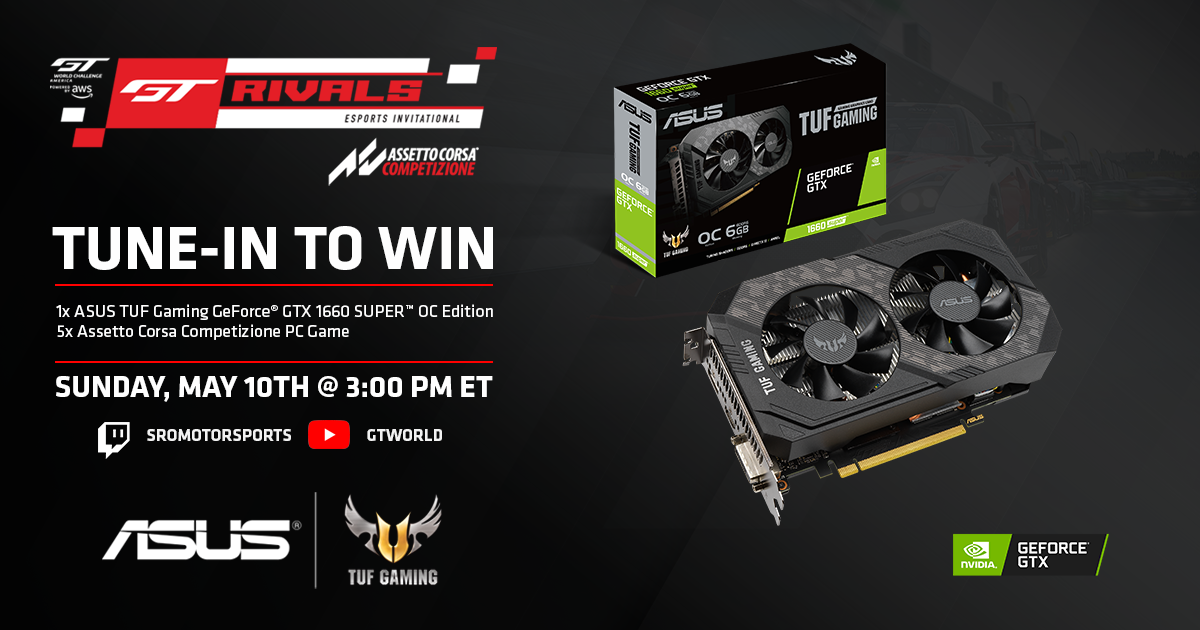