As the starter flew the flag Drew Staveley and the #12 Ian Lacy Racing Ford Mustang GT4 got the jump on Pumpelly and pulled to the lead with championship leader Michael Cooper and the #10 Blackdog Speedshop McLaren 570S GT4 slotting into third.

With 9 minutes off the clock, Terry fought back against Gaples and dove on the inside of turn 8, taking back second position in the Am category.

Back in the fourth position in Am, Jeff Burton and the #91 Rearden Racing Aston Martin Vantage GT4 started his march through the grid by moving up six positions from tenth to start the race.

15 minutes into the 50 minute race, Pumpelly fell into the slipstream of Staveley’s Mustang and made an inside pass at turn 5, regaining the Overall and Pro lead. Michael Cooper stalked the two leaders, sitting just over one second behind, saving his tires for a late-race charge.

Further back in the field, hometown hero Jeff Courtney and the #99 RecStuff Racing Mercedes AMG GT4 got past Jason Bell’s #2 GMG Racing Porsche 718 Cayman GT4 for sixth in the Am class, ninth overall, and began to hunt down the #119 Stephen Cameron Racing BMW M4 GT4 of Sean Quinlan.

Now under 25 minutes remaining, Cooper pulled alongside of Staveley on the inside of turn 5 and with a similar move as Pumpelly, got past the Mustang for second position. Cooper would then put his head down and set off for Pumpelly, who was 1.5 seconds ahead. 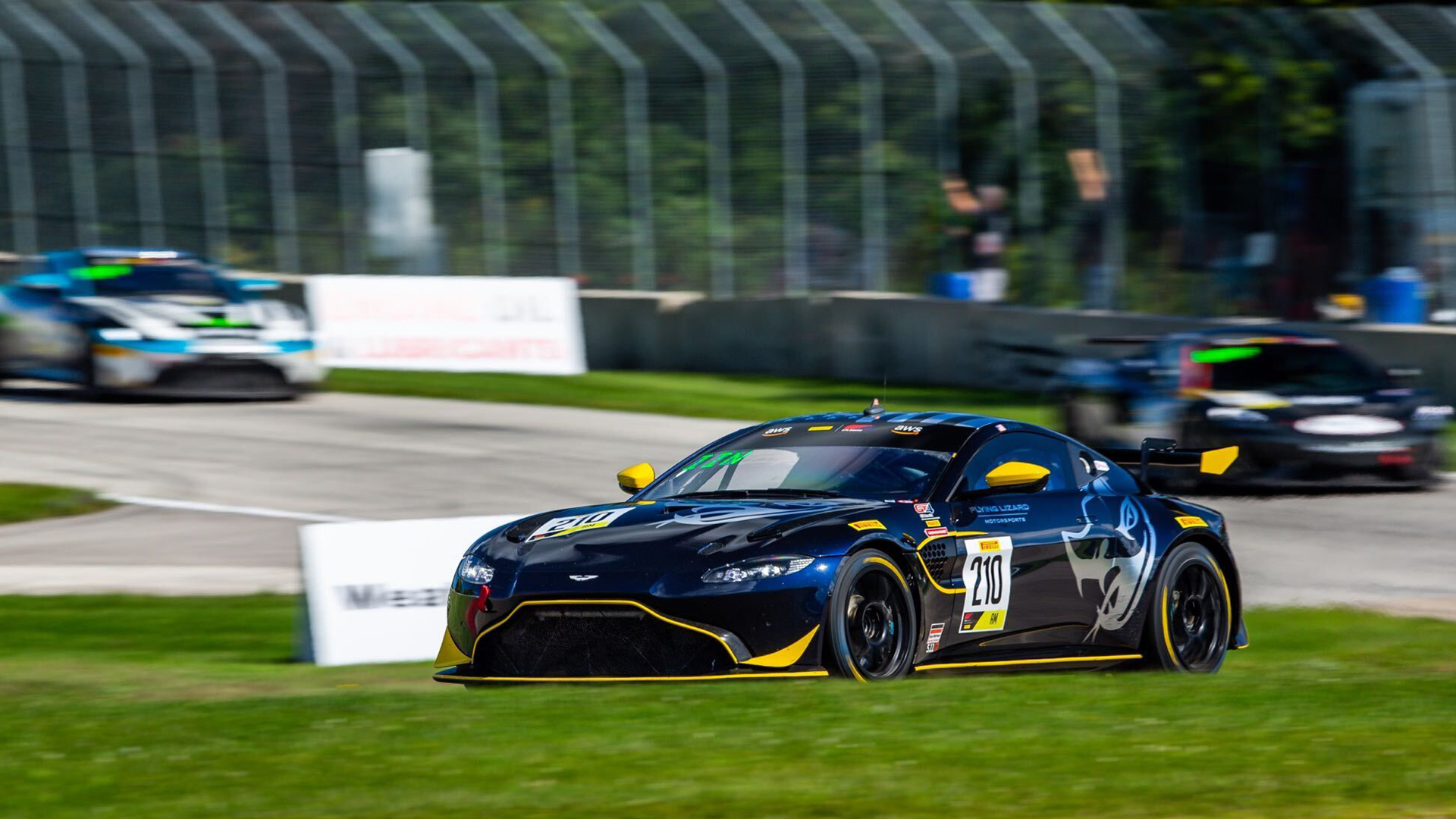 With 20 minutes left on the clock, Paul Terry, while running second in the Am class, would miss his braking point and go wide at turn five giving the position to Gaples. In front of Gaples and Terry, Michael Dinan would increase his lead and start to reel in Pro Drew Staveley for third overall.

As the clock ticked past 15 minutes remaining, Cooper would catch the chrome Porsche of Pumpelly with the two drivers running nose to tail for the next 8 minutes.

“Spencer and Drew went out guns blazing to start the race and I did not have that pace at the beginning, so I decided to conserve my tires early and then put the pressure on later in the race," said Cooper, "I look forward to continue this battle with Spencer for the final two weekends, I have a lot of respect for him and a lot of fun racing against him. Thanks to McLaren and thanks to Blackdog Speedshop for the car this weekend!"

Back in the Am field on the final lap, Jeff Courtney, while battling with Quinlan’s BMW, put his RecStuff Mercedes on the outside of turn 8, setting himself up to be on the inside for the Carousel. The two would run side-by-side until Courtney would complete the pass at the Kink, getting fifth position in class.

Dinan would cruise to the Am victory ahead of Gaples, Terry, Burton, and Courtney rounding out the top five.

“Honestly I could not imagine this type of season. The goal was to just make fewer mistakes and increase my racecraft, but this has been incredible! said Dinan.

The Pirelli GT4 America Sprint circus moves to Circuit of the Americas in Austin, Texas for Rounds 12, 13, and 14 of the 2020 season the weekend of September 17th-20th. Follow all the action live at https://www.gt4-america.com/live.