ELKHART LAKE, Wis. – Blackdog Speed Shop’s Michael Cooper climbed back on top of the podium, and teammate Tony Gaples scored his second consecutive runner-up class finish Sunday in the third and final race of the weekend for the Pirelli GT4 America Sprint Championship.

Cooper took his eighth victory in 11 races and won for the second time on the weekend in the No. 10 Blackdog Speed Shop McLaren 570S GT4 and increased his lead in the Driver’s Championship with two events left in the season.

Meanwhile, Gaples remained on form in the No. 11 Blackdog Speed Shop McLaren during his first event back following eye surgery with second-place GT4 Am finishes Saturday and Sunday to go along with a third-place showing Friday. He’s finished on the class podium in all five of his races this season.

With Cooper’s victory, Blackdog Speed Shop increased its tally to a class-leading 38 victories since 2013. It now owns a 40-point lead in the GT4 Pro Sprint Team Championship – Cooper’s same advantage in the Driver’s standings.

Sunday’s win for Cooper was different than his usual hard-charging effort. He ran third for the first half of the race in an effort to conserve tire life for the final 20 minutes. The strategy paid off with a move to second just past the 25-minute mark. He set off in chase of leader Spencer Pumpelly, who led by nearly two seconds at the time. 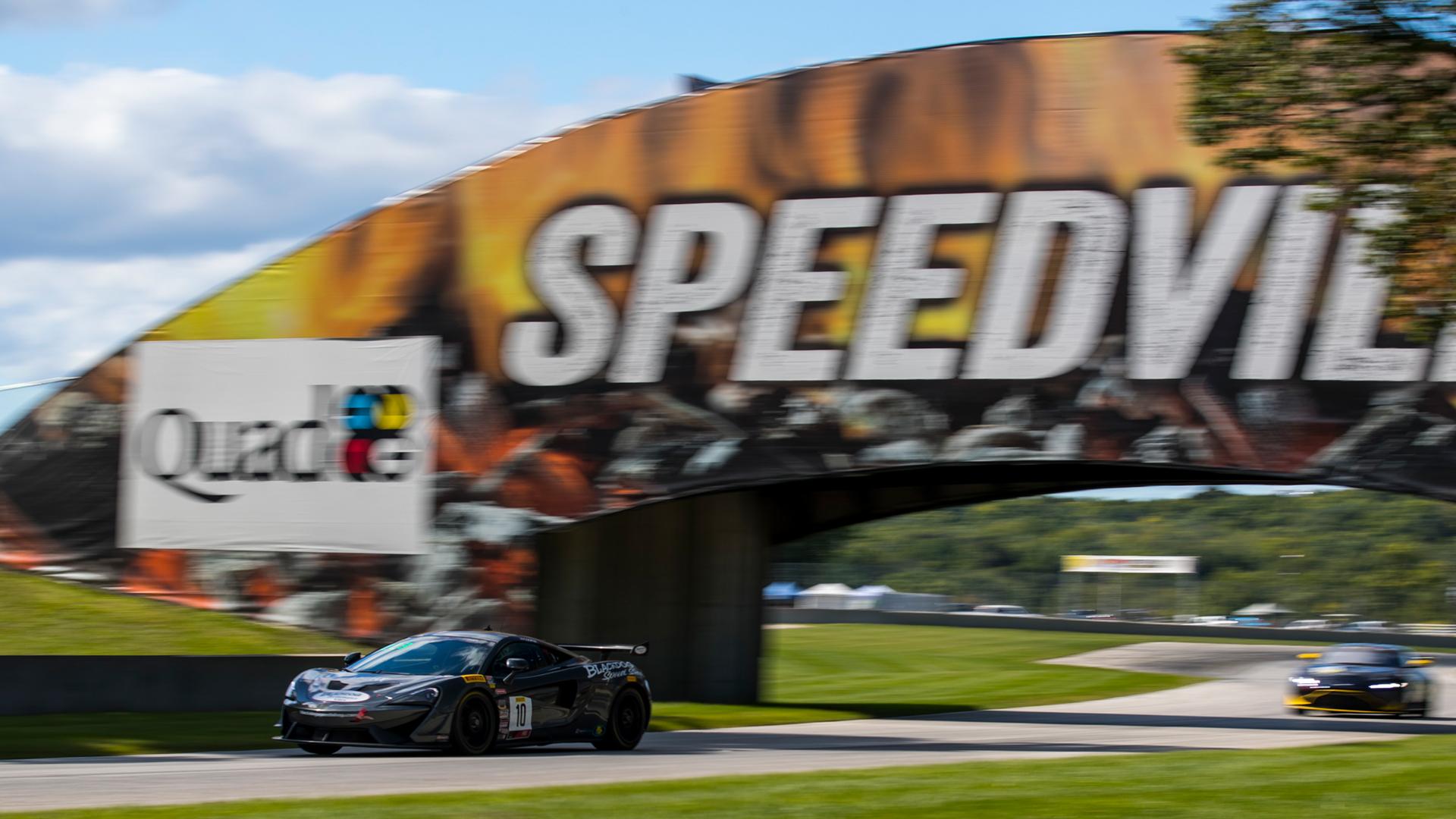 Cooper’s car and tire conservation turned in his favor with 15 minutes to go. He steadily drove up to the back of Pumpelly and made the move on the outside of the first corner with eight minutes left. The two went side-by-side down the hill through Turn Two before Cooper cleared at the entry to the next corner. He won by 0.987 seconds.

Another strong start by Gaples in the No. 11 McLaren elevated him from third to second in the GT4 Am class by the first corner. He ceded the position on the race’s fourth lap to Paul Terry but kept up the pressure from third place. The two ran close for the next several laps before Gaples went back ahead when Terry went wide at the downhill entry to Turn Five.

The No. 11 McLaren swept around on the inside as Gaples increased his advantage over the final 18 minutes, eventually finishing nearly three seconds clear.

Blackdog Speed Shop’s next event is a return to Circuit of The Americas for three more GT4 America Sprint races Sept. 17-20.

MICHAEL COOPER, NO. 10 BLACKDOG SPEED SHOP McLAREN 570S GT4: “I really didn’t have the early pace of the leaders; we ended up with only the fourth quickest lap. When the lead group ran away from me at the start, I just had to conserve the car plus hope for a yellow and that those guys would run their tires off before the end. At about the halfway point, they started running laps more than a second off their fast time and all the way down to a second-and-a-half off. As close as the top three cars are, that amount of fall-off is all it takes. The Blackdog Speed Shop team always does a great job setting up the McLaren, and it held on for me in the end. I’m grateful for the result and looking forward to going back to COTA.”

TONY GAPLES, NO. 11 BLACKDOG SPEED SHOP McLAREN 570S GT4: “I couldn’t imagine a much better weekend back than what we had here at Road America. A big thanks to everyone at Blackdog Speed Shop for the work they put in to get the McLaren ready and running. It’s been great to get back in the car and pick back up where I left off at COTA in March. Today was about staying patient and waiting for the right moment to get back to second after dropping back early in the race. The McLaren platform was excellent all weekend, and I knew I could get back by when the opportunity presented itself. It’s a shame that I’m out of the championship but that won’t keep me from going for wins through the end of the season.”