Austin, TX - The Pirelli GT4 America Sprint series returns to the Lone Star State for a second 2020 appearance at Circuit of the Americas, September 17-20. The 3.41-mile, 20-turn circuit billed a "Home of the World Championships" will host a 12-car field.

Of late, the only driver seemingly able to challenge Cooper has been TRG-The Racers Group driver Spencer Pumpelly who enters the weekend 40 points behind in the Championship standings. He won round 10 at Road America, his second win of the season and still has a chance to close on Cooper and make a run for the championship if he can outperform Blackdog Speed Shop racer in Texas. However, the entry for the #66 TRG LaSalle Solutions Porsche 718 Cayman GT4 is currently not listed for the weekend.

Drew Staveley's 2020 season opened on a high note winning the first race of the season back in March at COTA. Sitting third in the championship standings with 172 points, Staveley can play the spoiler role if he can match that performance behind the wheel of his #12 Ian Lacy Racing Ford Mustang GT4. Sitting fourth overall in the Driver's Championship with 114 points, Jarett Andretti will drive the #18 Andretti Autosport McLaren 570s GT4. 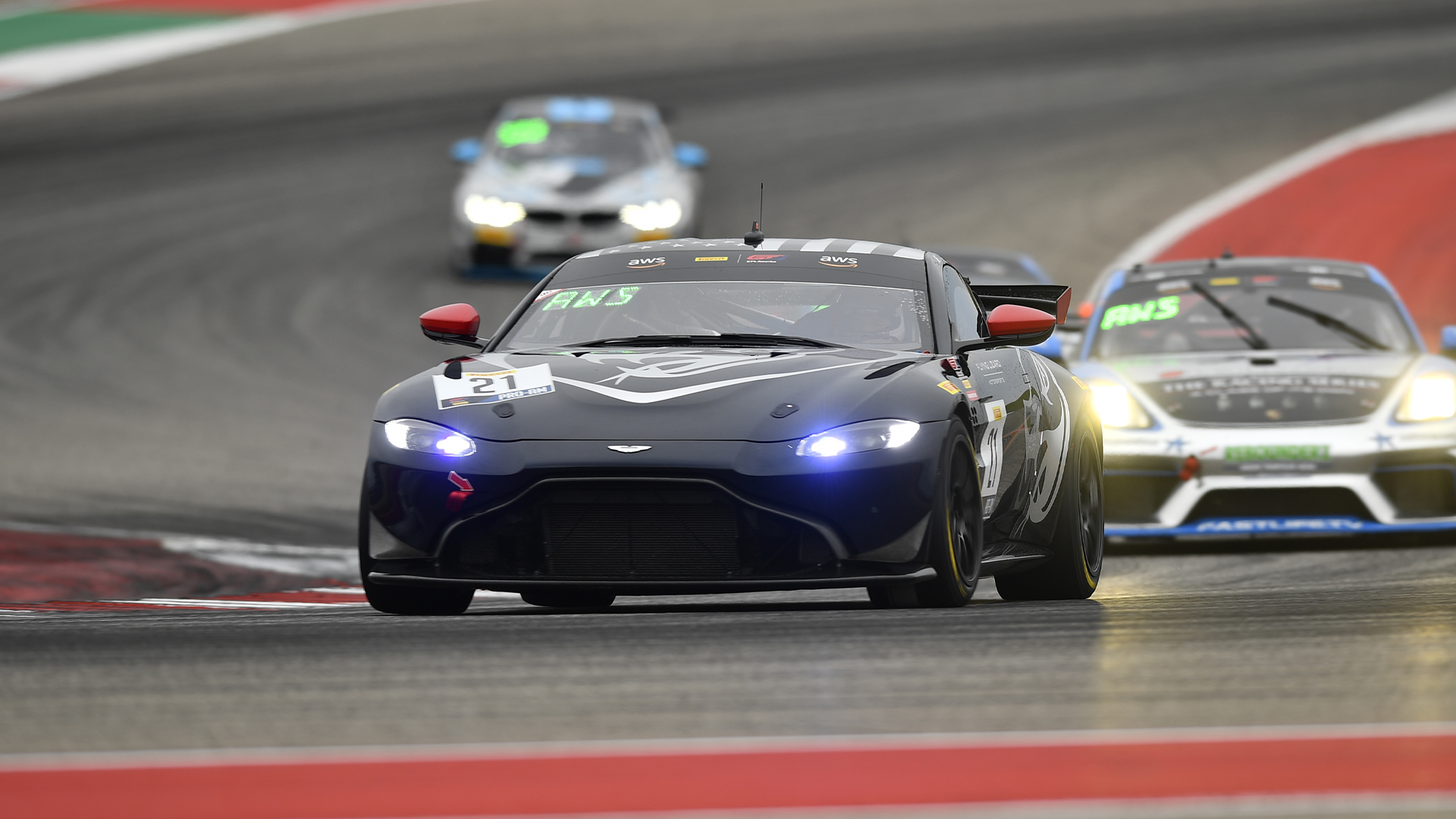 Will Dinan’s Dominance Continue at COTA?

The Am division has been dominated in 2020 by another driver named Michael. Michael Dinan took all three wins at Road America and has won eight of the 11 races thus far this season. He leads in the Driver's Championship with 246 points and will drive the #210 Flying Lizard Motorsports Aston Martin Vantage GT4.

Cooper's teammate and Blackdog Speed Shop team principal Tony Gaples will be behind the wheel of the #11 McLaren 570s GT4. With two second place finishes at Road America, Gaples had a successful return to the series after a brief hiatus from racing to recover from a surgical procedure to his eye.
Also entered in the Am division are Jason Bell in the #2 GMG Racing Porsche 718 Cayman GT4, Frank Gannett in the #24 Ian Lacy Racing Ford Mustang GT4, Mark Klenin, in the #62 KPR SIN R1 GT4, and Sean Quinlan, in the #119 Stephen Cameron Racing BMW M4 GT4.

Rounding out the Am field, SprintX competitor and Dallas, Texas native Jason Hall will also run in the Sprint series in Texas behind the wheel of the 48 NOLASPORT Porsche 718 Cayman GT4.

Action for the Pirelli GT4 America Sprint series starts September 17 at 9:05 am Central for the first practice session of the weekend. Friday sees the first race of the weekend with a green flag start scheduled for 2:55 pm local time. Saturday's race is scheduled for 4:05 pm, while Sunday's race (makeup for a cancelled round at Canadian Tire Motorsport Park) goes green at 9:00 am local time.