LINCOLNSHIRE, Ill. – Blackdog Speed Shop and its drivers are making a return trip to Circuit of The Americas this weekend for the next-to-last event in the Pirelli GT4 America Sprint Championship with the aim of continuing its recent hot streak.

Michael Cooper and Tony Gaples come into the weekend with each recording three podium finishes at Road America two weeks ago in the series’ most recent event with their McLaren 570S GT4s. Cooper won two races, and Gaples recorded two runner-up finishes in his first weekend of racing since March.

Now it’s back to COTA, where Cooper and Gaples kicked off their seasons in fine style back in March, before the COVID-19 pandemic caused a four-month break in the racing schedule. If trends are any indication of what’s to come, the pair could be looking at another stellar weekend.

Cooper, driver of the No. 10 Blackdog Speed Shop McLaren, scored the first of his seven wins of the season at COTA in March. It was his second win at the circuit with Blackdog Speed Shop, having taken a win there in 2015. Fast-forward to 2020, and he comes in with a healthy 40-point lead in the Pro Drivers Championship. He’s won six times in the last seven races and could potentially wrap up his fourth title with another strong weekend. 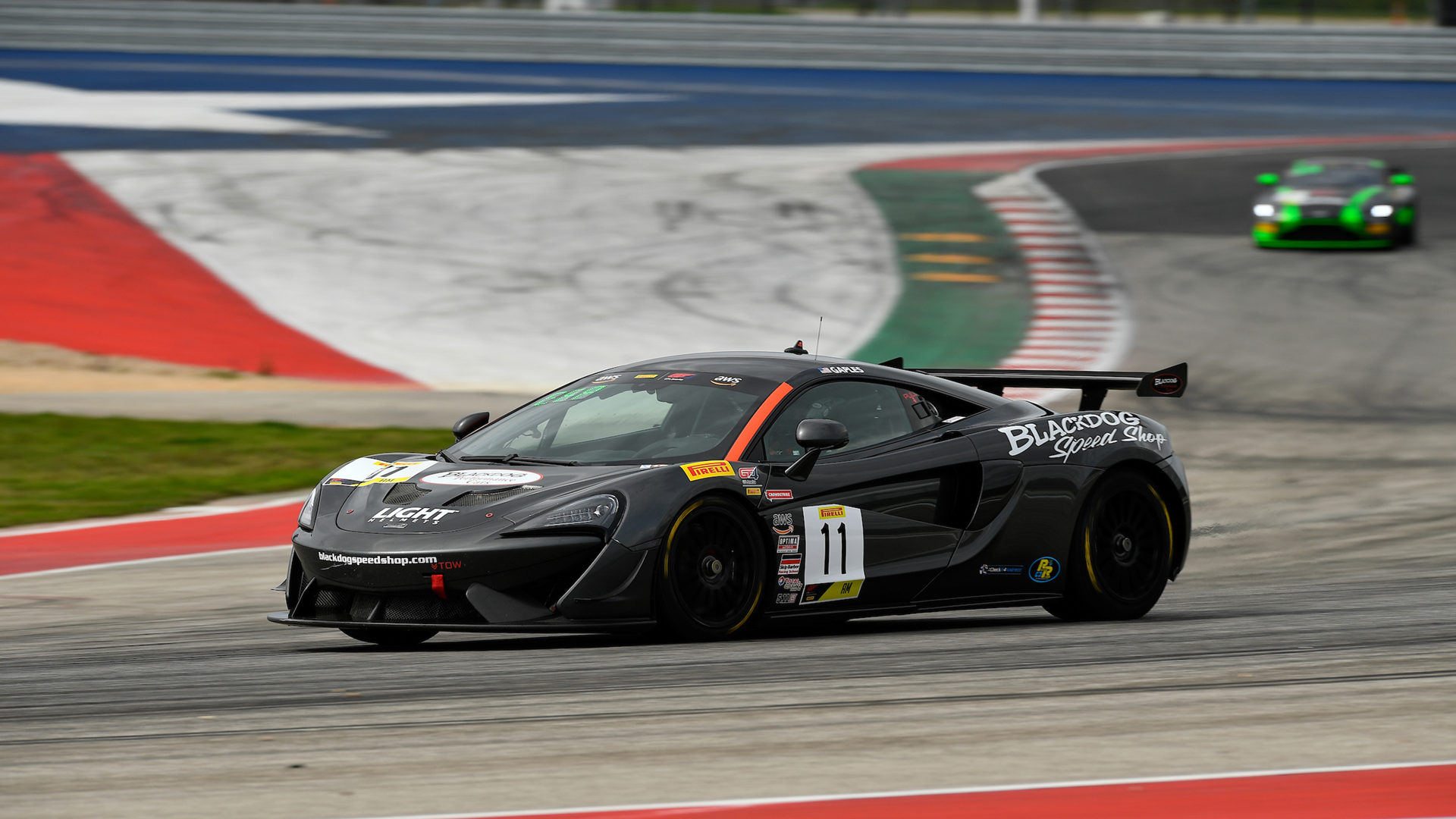 Gaples’ three races at Road America were his first since the March COTA weekend after undergoing several rounds of eye surgery earlier in the summer. His return in the No. 11 Blackdog Speed Shop McLaren was an incredible success with a third-place run following by two second-place finishes to close the weekend. While the six races he missed put Gaples out of the GT4 Am championship, a third-place points finish is within reach.

Circuit of The Americas is a good place to keep the challenge going. He was third in class at both spring races, and he finished as runner-up in 2017.

MICHAEL COOPER, NO. 10 BLACKDOG SPEED SHOP McLAREN 570S GT4: “It’s pretty unusual to go back to a track twice in the same year. We have some good data with the McLaren around COTA to fall back on, but the track and weather conditions obviously will be very different. We’re in a good position in the championship. The key is to avoid mistakes and situations that can cost us points or at worst a race. The work by everyone at Blackdog Speed Shop and the support from McLaren has been on-target all year. There isn’t any reason to think this weekend and Indianapolis will be any different.”

TONY GAPLES, NO. 11 BLACKDOG SPEED SHOP McLAREN 570S GT4: “I’m looking forward to returning to Austin for three more Sprint rounds. It’s a great track  It was good to get back into the rhythm of racing at Road America. Now we are going back to a place where I enjoy competing and have had some success. Both Michael and I have great momentum after our last event. I can’t contend for the championship this year so the goal is to take things one race at a time and see how high up we can finish in the points. To do that we’ll need to execute and perform at the same level as Road America. I’m looking forward to it.”