AUSTIN, Texas – The Circuit of the Americas (COTA) has been a popular site for the Rearden Racing team in recent seasons with multiple appearances in victory lane at the 3.427-mile, 20-turn road course east of downtown Austin.

And the Utah-based racing operation plan to continue those post-race parties on the top step of the victory podium this weekend (Sept. 18-20) in the Pirelli GT4 America competition as part of the SRO America sports car campaign. Rearden Racing brings three well-prepared Aston Martin Vantage racing machines to compete in the GT4 Sprint and GT4 SprintX races at COTA.

Terry and Burton currently rank second and third in the GT4 Sprint Am point standings entering the COTA three-race event. 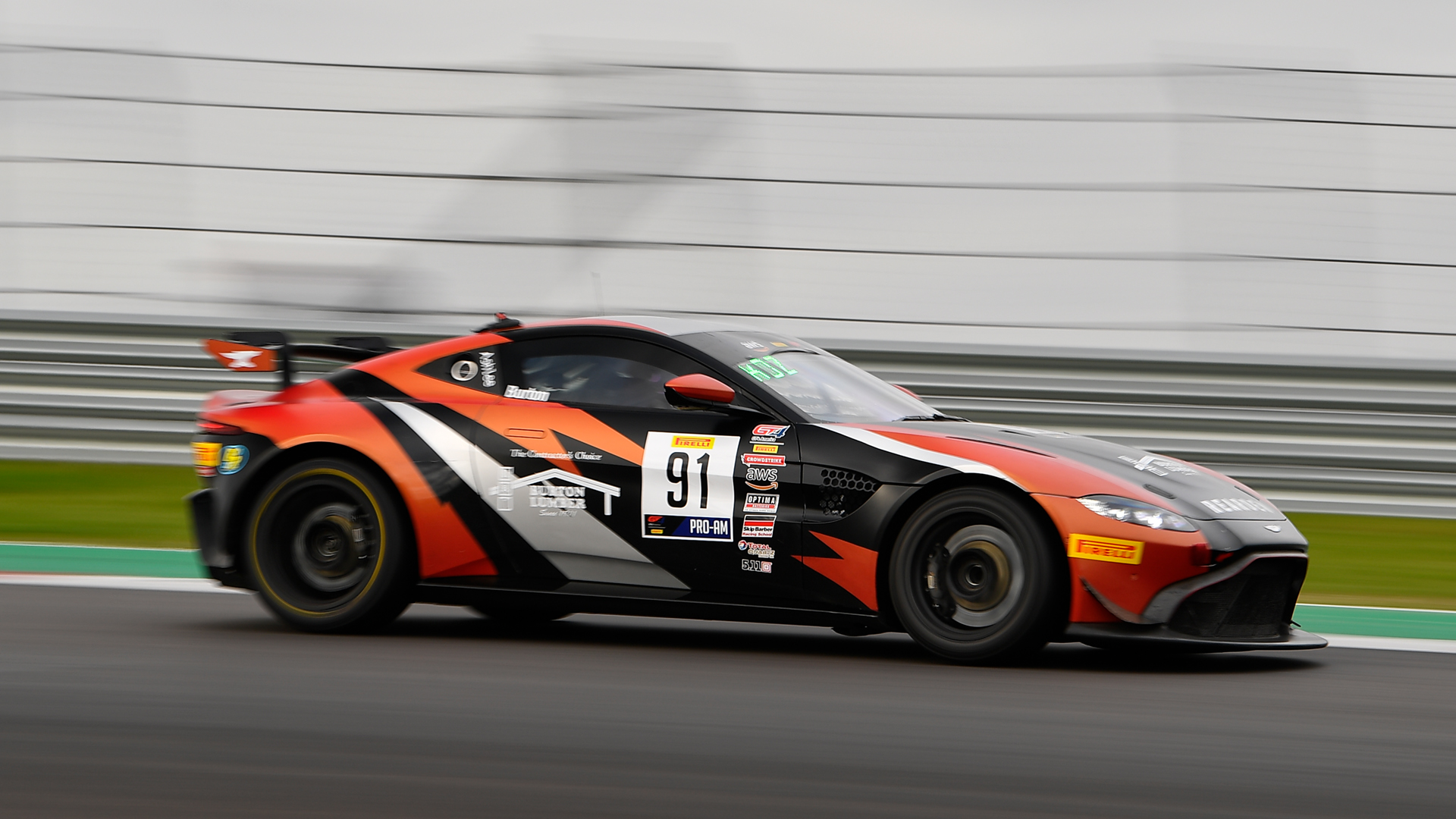 Burton will also team with co-driver Vesko Kozarov in the #91 Burton Lumber/Rearden Racing Aston Martin Vantage in the GT4 SprintX Pro-Am category at COTA with doubleheader races scheduled for Friday and Saturday.

The Burton/Kozarov pairing were nearly unstoppable in 2019 when they captured the GT4 Sprint Am West series championship and drove to 11 race victories including at COTA.

This year, the duo moved up to the Pro-Am class and have scored several top-five finishes and now are listed in the top-ten in GT4 SprintX points.

“This has been our first season with new Aston Martin Vantage cars, and we have learned a lot,” said Lara Tallman, Rearden Racing team owner. “There was an adjustment with the new Astons for our whole team. Plus, the COVID-19 situation kept us off the track for both testing the cars as well as racing them. Now, we are getting accustomed to the cars and Paul, Jeff and Vesko are ready for a strong showing at COTA. The Rearden Racing team has been very successful at COTA in the past and we want to keep that record going this weekend. We want to get to victory lane again there.”

The two-race weekend for the GT SprintX racing action gets underway this Friday with a 60-minute, two-driver event set for 11:00 a.m. CDT with Saturday’s feature at 10:15 a.m. CDT.

Every GT4 Sprint and SprintX race this weekend at Circuit of the Americas will be shown live on www.gt-4america.com as well as www.YouTube.com/GTWorld.