LINCOLNSHIRE, Ill. – There’s a saying that all good things must come to an end. That’s true in the racing world this weekend for Blackdog Speed Shop. The newly crowded Pirelli GT4 Sprint Pro championship-winning team heads to Indianapolis Motor Speedway for the first time and the final two rounds of this year’s calendar.

It’s been a season to remember for Blackdog, which has further cemented itself as the series’ top GT4 program. It has 41 victories in GT4/GTS competition since 2013 – far and away the most in the category – including 11 so far in 2020.

Adding a win or two at one of the most famous circuits in the world would be a fitting end to the season, which is the goal for Blackdog drivers Michael Cooper and Tony Gaples in their twin McLaren 570S GT4s.

Cooper has a chance to put a wraps on one of the greatest single seasons in SRO America/World Challenge history. Two more victories this year would give him 13 and tie the series’ all-time record regardless of class. He also would have 13 wins in 16 races – an 81.25 winning percentage that would set a series record.

Cooper clinched his fourth series title two weeks ago at Circuit of The Americas and swept the weekend – the second time this season he has done so. Fortunately for Cooper, he participated in a recent test at IMS for SRO cars and gained much-needed familiarity with it. 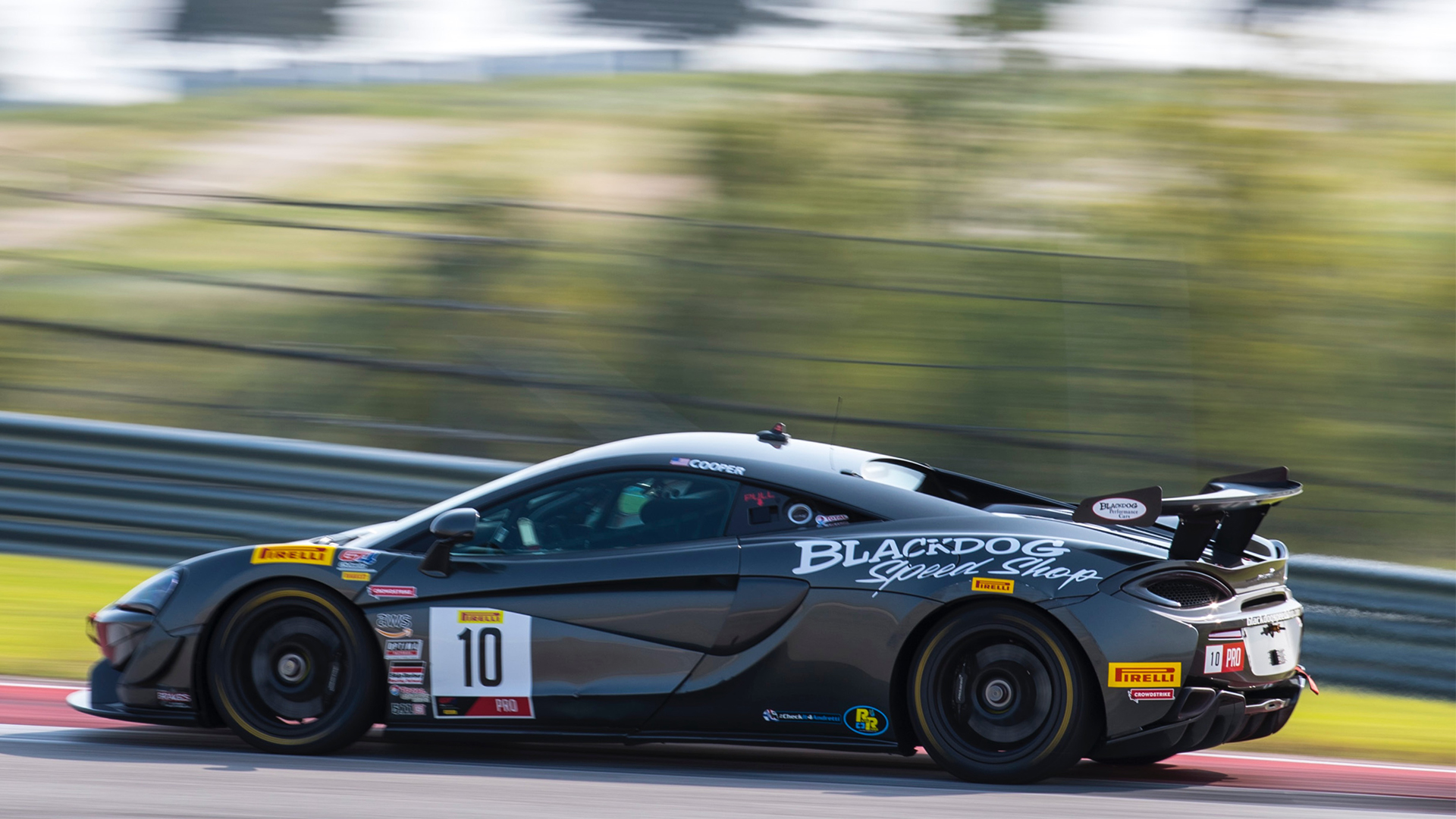 Gaples will try to put a bow on a season that has seen him run at or near the front in nearly every race he has driven. The veteran driver, with 224 career starts, missed six races following the break in the schedule due to COVID-19 following several surgical procedures on his eyes.

Once cleared to return, Gaples went on a tear with six GT4 Am podium finishes in eight races on top of two to start the season.

This weekend isn't his first time at Indianapolis. He competed in at the circuit during his time in Ferrari Challenge during 2000 and 2001, scoring a third-place finish in the latter.

MICHAEL COOPER, #10 BLACKDOG SPEED SHOP McLAREN 570S GT4: “It’s been an incredible season. We came into the year expecting to contend but couldn’t have imagined this amount of success. Closing with a strong weekend at Indianapolis would be the perfect end. I was impressed with the circuit in testing. It has a pretty high grip level but there are a couple of switch-backs that may not completely suit our McLaren. Luckily, I have a great team in Blackdog Speed Shop behind me. There’s no other group I’d want in my corner. We’ll be ready.”

TONY GAPLES, #11 BLACKDOG SPEED SHOP McLAREN 570S GT4: “What an up and down year. Missing those six races completely took me out of the championship, but this is a great chance to build momentum for next year. Indianapolis is one of the tracks where you’d like to have a win to your credit. Blackdog Speed Shop has been fortunate to win at a lot of great tracks around North America. There wouldn’t be a much better way to end this year than taking a handful of wins this weekend.”