Austin, Texas - As we approach the middle of the mid-season break, it’s time to take a look back at the teams, drivers and events that got us to where we are today. While we’re rewinding the excitement, we’ll take a look at where we can end up in the second-half of the season, too.

After being edged out by two points for the ProAm championship title last year, the NOLAsport pair of Jason Hart and Matt Travis have channeled their oft-quoted fictional racing hero, Ricky Bobby, and put together a stellar season that’s proving tough to beat. Five pole qualifiers, four of which ended up as flag-to-flag wins and the fifth ending with the team on the second podium step, are not enough to show the consistency, determination and skill that the pair possess. Perhaps the 11th-in-class qualifying run followed by a charge all the way up to the podium better illuminates the team’s apparent belief that “if you ain’t first, you’re last.” It will be exciting to see how they continue to execute in the second act.

Supra Star in the Making

Smooge Racing drivers, Kevin Conway and John Geesbreght, are making a habit of turning every race event into a podium event, with three of their four appearances made from the podium’s top step. This is not only a remarkable feat for an Am or any class of teammates in their first year of competition, but also for the platform-of-choice’s inaugural year also. The long-awaited return of the Toyota Supra in a race-friendly GR form meant that enthusiasts and racers alike could put the Supra’s performance credentials to the test, and Smooge Racing’s finishes are providing all the proof that people need to sign on the dotted line at their local Toyota racing dealership.

Kenton Koch and Bryan Putt, the driver pair flying the BSport Racing flag, have had a season of mixed finishing results but have managed to stay within the points for each event, putting them second in points for the respective championships they’re competing in. They started the season on the podium at Sonoma’s race one, but have weathered some difficulties since then. Luckily, they’ve managed to bookend the first half of the season with another appearance on the podium - this time on the very top step - that the team can use to set the tone for their contention in the second half of the season. 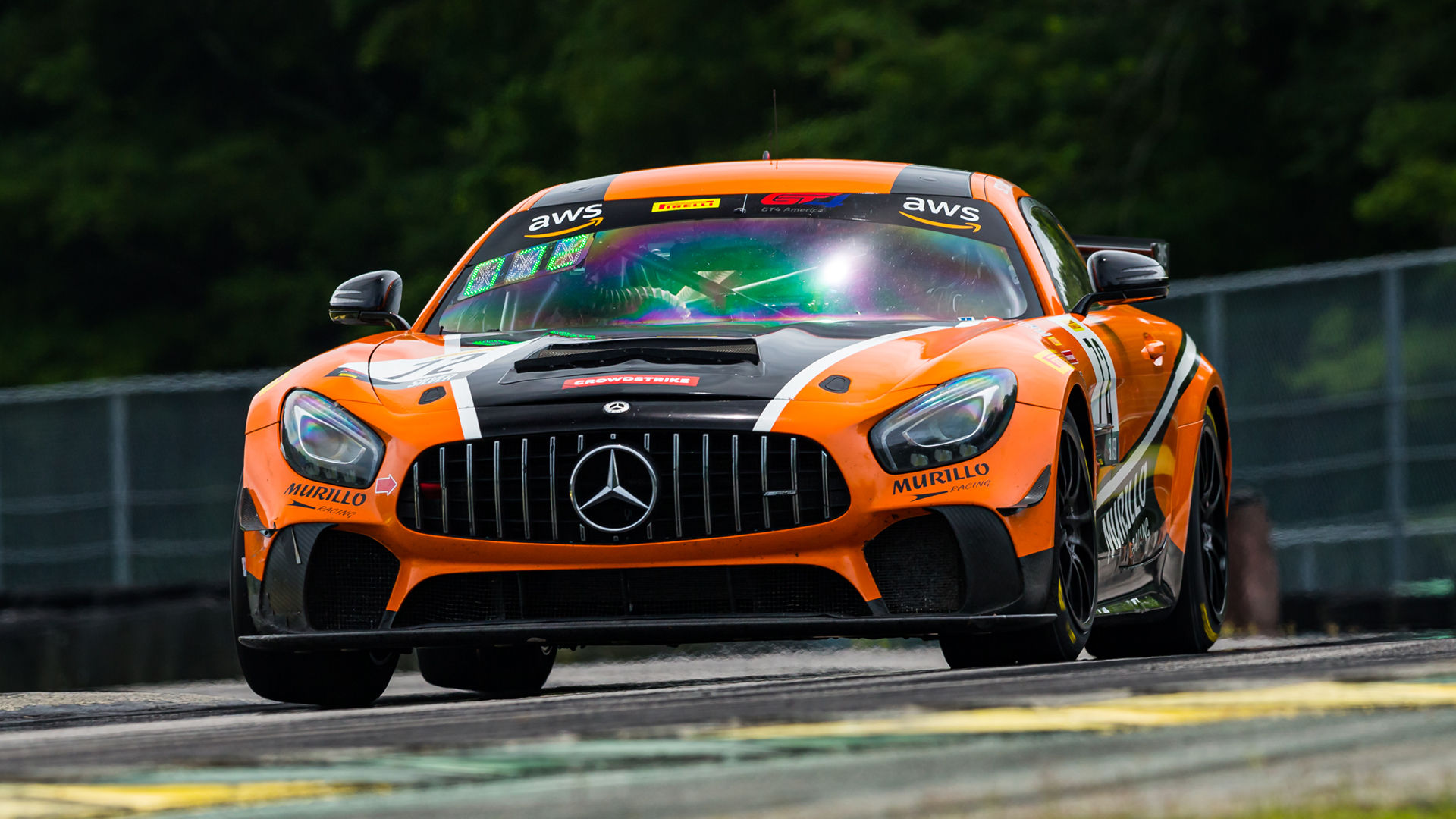 Murillo Racing on the Move

Murillo Racing, with namesake principal Kenny Murillo and co-driver Christian Szymczak, have also turned out performances that set them at the top early-on and see them still sitting on top going into the break. However, a pair of unfortunate DNFs kept them out of the points to such an extent that they are within striking distance from the next four competitor pairs in the Silver class. Only time will tell if the Murillo Racing duo can keep their aggressive pace and avoid any further non-points situations.

With a grid stacked full of seasoned amateurs and top-name professionals, it’s surprising to see the relatively new pairing of Brandon Davis and Paul Terry, under the WR Racing flag, sitting third in the points championship. While both are experienced drivers and racers in their own respective rights, this is the first time they’ve competed together and Terry’s first foray into the ProAm class. Their steady points-producing performances have kept them in the top three while no one was looking, and the team is now hoping that they can continue to hold tight or improve in the second-half in the quest for the championship title.

Speaking of stacked grids, there’s no shortage of big names and big numbers filling the GT4 grid. Racing superstars and legends, as well as some hard-charging ams blazing through the ranks, come to GT4 America to compete. On any given weekend, you’ll see stars like Bill Auberlen, Jeroen Bleekemolen, Andrew Davis, Ian James, Kenton Koch, Gregory Liefooghe, Tyler McQuarrie, Spencer Pumpelly and Jeff Westphal pairing up with today’s fastest and hungriest bronze rated drivers. Pirelli GT4 America weekends are the premier destination for the top GT4-based competitors in North America, and the massive fields of over 30-plus cars are the proof.

Battle of the Brands

The Manufacturer championship has been heating up and now that we’re into the summer, it’s at full boil. Leading the pack are the Porsche Cayman GT4 contingent, with several variants in competition for each double-header weekend. While they’re currently at the front of the pack, they aren’t out of the woods yet as two other marques with strength-in-numbers and top-class driving pairs aren’t far behind; both Aston Martin Racing (AMR) and BMW M have the grid presence and the pilots to ensure that Porsche has to continue its push to retain the lead. The second half of the competition season can’t count out series newcomers Toyota, as their new-to-competition platform is proving itself a worthy competitor, while series veterans McLaren work to help their teams get their respective footings and turn up the heat. 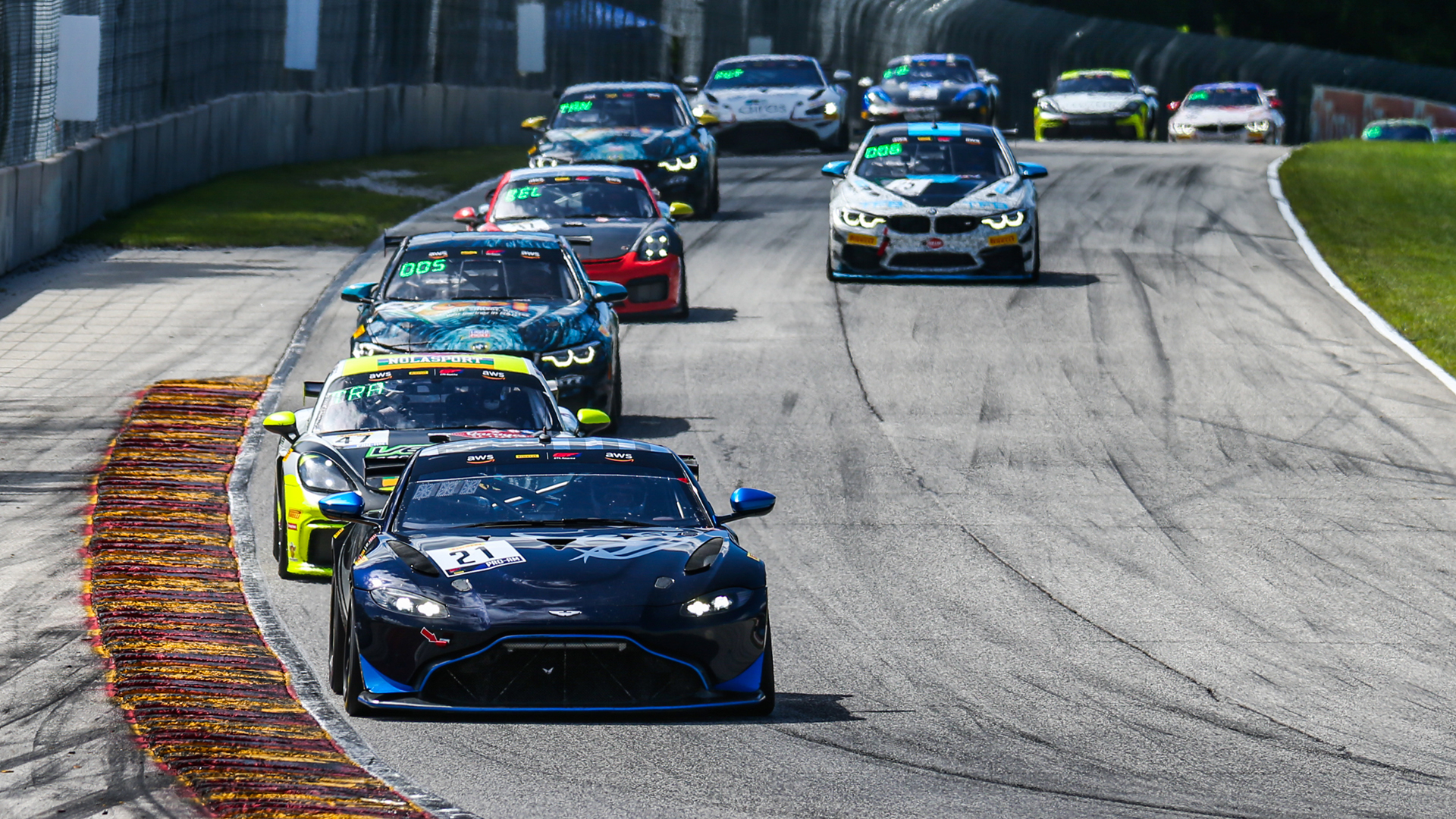 Once the mid-season break ends, Pirelli GT4 America competitors return to action at the National Park of Speed, Road America, on August 27th to 29th. From there, it’s off to The Glen for a long-awaited return to the popular East Coast destination, New York’s Watkins Glen International on September 17th to 19th.

Just a few weeks after that, teams head down to Florida in another return to SRO’s heritage as the green flag drops for a double-header weekend at Sebring International Raceway, the first appearance at the track from an SRO series since 2009.

The season once again comes to a close at the storied Indianapolis Motor Speedway, in conjunction with the International GT Challenge powered by Pirelli’s Indianapolis 8 Hour on October 15th to 17th.

Tickets are available now for an upcoming weekend event near you. Catch up on the current points standings, re-watch the season’s races to-date, and get the latest Pirelli GT4 America news right here.