Driving the #53 Murillo Racing Mercedes-AMG GT4 sports car, Fassnacht started the 22-driver field from the second position overall after securing the fastest Am class time in qualifying and run second to overall pole winner Spencer Pumpelly of Atlanta, Ga., early in the 26-lap contest over the 3.27-mile, 17-turn road circuit.

However, Pumpelly, in the #66 TRG-Racer’s Group Porsche 718 Cayman Clubsport MR car, was forced to the pit area after leading the event until lap 11 due to a punctured left-rear tire.

From that point, Fassnacht held a comfortable advantage and slowed to the finish with a 1.080-second margin over for former GTS series champion Michael Cooper of Huntington, N.Y., in the new Blackdog Speed Shop McLaren 570S GT4. Cooper scored the victory in the Pro division with his second place overall finish.  Third overall and second in Pro in the GT4 Sprint event went to veteran Gar Robinson of San Antonio, Tex., in the #74 Robinson Racing 74 Ranch Chevrolet Camaro GT4.R.

In addition to Pumpelly’s misfortune Saturday, another top contender, Ian James of Paradise Valley, Ariz., in the #50 Team Panoz Racing Panoz Avezzano GT, was running in the top-three when his mount also suffered a tire puncture. 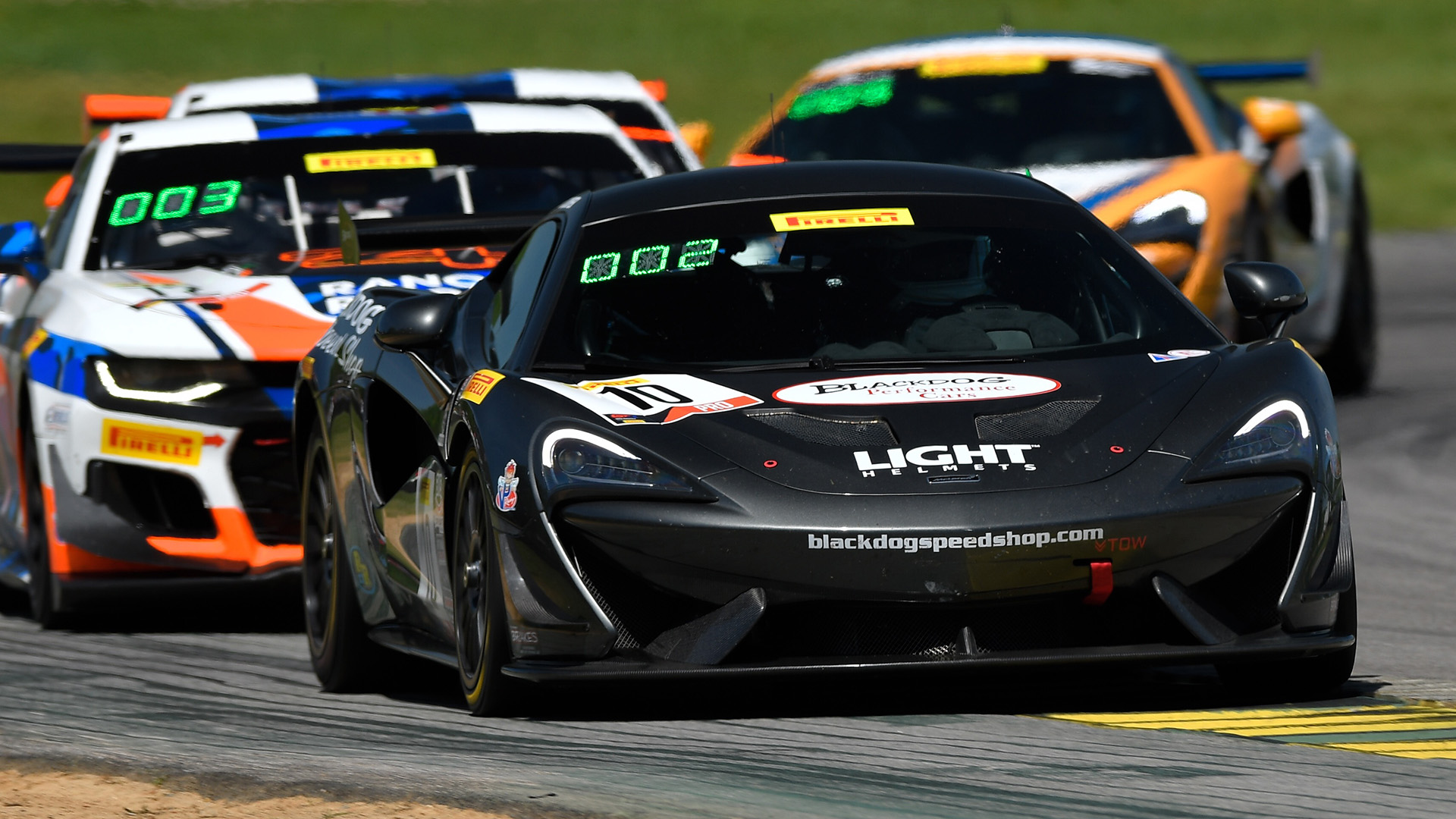 Completing the top-five overall were Robinson’s teammate, Shane Lewis of Jupiter, Fla., in the #72 74 Robinson Racing 74 Ranch Chevrolet Camaro GT4.R. and third generation racer Jarett Andretti of Indianapolis, Ind., in the #18 Andretti Autosport McLaren 570S GT4. Lewis was third in the Pro class while Andretti placed runner-up to Fassnacht in the Am category.

In addition to his overall and Am class triumph Saturday, Fassnacht also set the overall fastest race lap Saturday in his #53 Murillo Racing Mercedes-AMG GT4 with a time of 1:54.725, just bettering Andretti’s top lap of 1:54.746.

Sunday’s GT4 Sprint starting lineup has been determined by the quickest race laps in Saturday’s race with Fassnacht and Andretti scheduled to start on the front row. Both drivers are in the Am division and going against the Pro class as well in the 50-minute event. The event will be live streamed at GT4-America.com and audio simulcast on SiriusXM satellite radio channel 383 (983 app). Check your local listings from CBS Network premiere and encore information for the GT4 Sprint races from the weekend.