Overall race pole-sitter and West Am competitor Drew Staveley in the #24 Ian Lacy Racing Ford Mustang GT4 led the pack to the line for the 60-minute, 45-lap contest. Third-on-the-grid Pro/Am driver Hart in the NOLASPORT #47 Porsche 718 Cayman CS MR had a great start and vaulted up into second through turn 1. West Pro/Am class driver Jason Wolfe in the ST Racing #38 BMW M4 GT4 started second and slotted in behind Hart in third. In the SprintX Am division, Matthew Keegan in the #51 Team Panoz Racing Panoz Avezzano GT slotted into 7th overall on the first lap.

On lap 2, Hart and Wolfe would go side by side through turn 1, with the driver of the #38 machine taking back second. Gottsacker in the #28 ST Racing BMW M4 GT4 moved up into fourth.

By lap 26, Travis passed Gannett for the overall race lead, Miller had moved past Tan into third, while Rearden Racing's Vesko Kozarov in the #91 Audi R8 LMS GT4 had charged up into fifth – teammate Jeff Burton started 15th on the day. Calvert remained in ninth overall and first in the Am class. Miller continued his charge to the front passing Gannett through turn 1 on lap 30 and then Travis on lap 34. Kozarov then began hunting down Gannett for the West Am lead and moved up into fourth overall in the race. By lap 38, Kozarov caught Gannett and executed a pass through turns 8 and 9 to move up into third overall and first in the West Am category. Kozarov then passed Travis to slot into second overall in the race.

At the checkered, Miller crossed the line ahead of Kozarov, Travis, Gannett and Tan. Calvert finished 10th overall and first in Am. Miller/Gottsacker claimed the West Pro/Am win, with Kozarov/Burton winners of the West Am division. Travis/Hart won the national Pro/Am class. 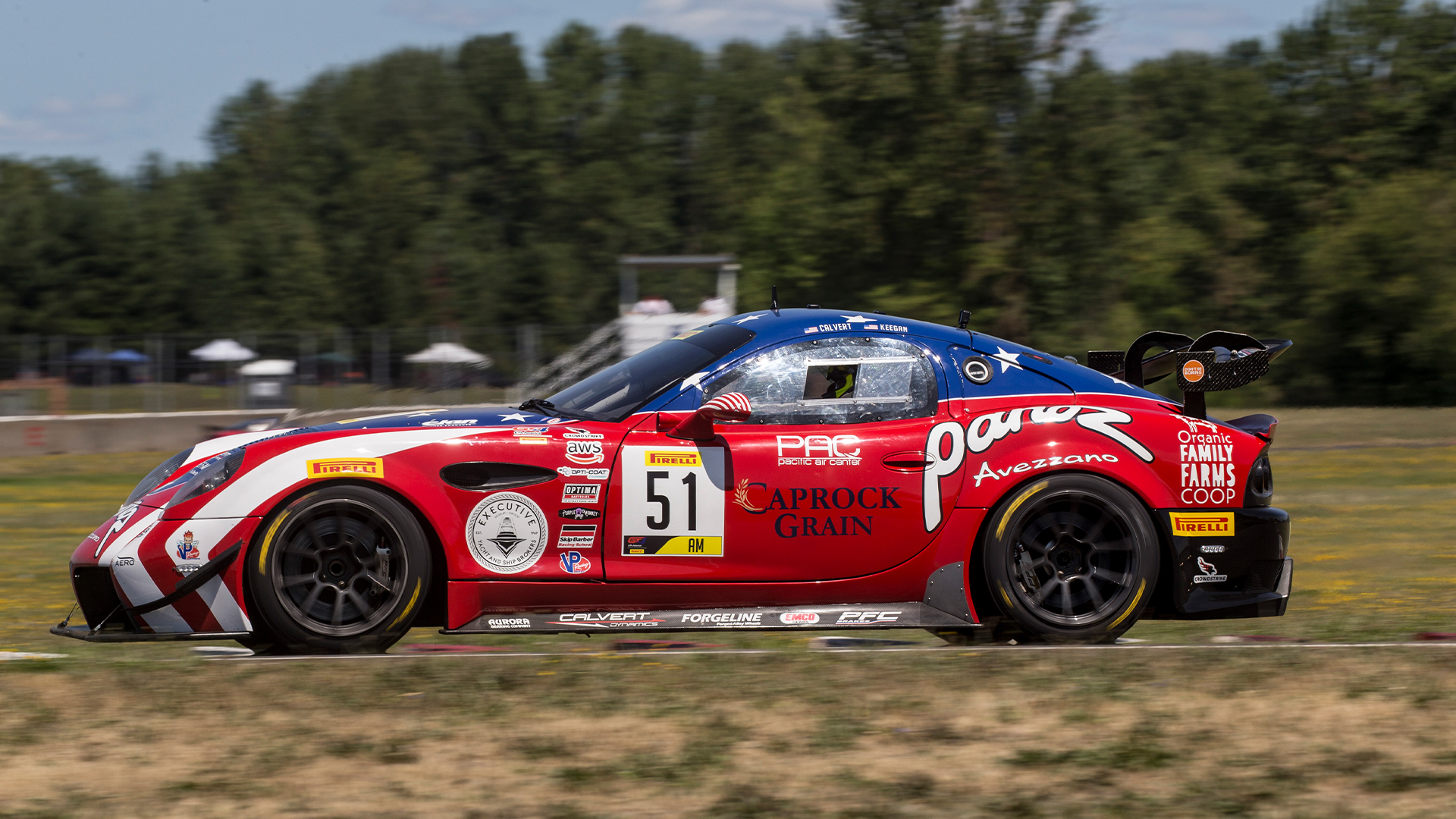 “The race went well. I was able to have a clean start, held my ground and was able to give Jon (Miller) a great race car,” said Gottsacker in victory circle. Jon literally just tore them up out there and went straight to the front and got a good gap to finish it.”

“It was an awesome race. Two green flag races all the way which is for our driver pairing Harry (Gottsacker) and I we hope for green flag racing,” said Miller. “It plays into our strategy. That’s what happened this weekend and especially today. Harry set the pace up from and left me some tires at the end which for our car that’s kinda where we tend struggle is keeping the tires on it. I just took it to the end and the overall win. Super happy.”