From the drop of the green, second-on-the-grid Vesko Kozarov, in the Rearden Racing #91 Audi R8 LMS GT4 powered into the lead through turn 1 over pole sitter Szymczak behind the wheel of the #34 Murillo Racing Mercedes-AMG GT4. Jon Miller, who qualified fourth moved into third in his #28 ST Racing BMW M4 GT4. Ryan Dexter in the Dexter Racing #63 Ginetta G55, who started third, slotted into fourth.

While positions were maintained through lap 5, there was no shortage of action as the lead group of drivers all looked to gain positions adopting various lines especially down the long front straight leading into turn 1. 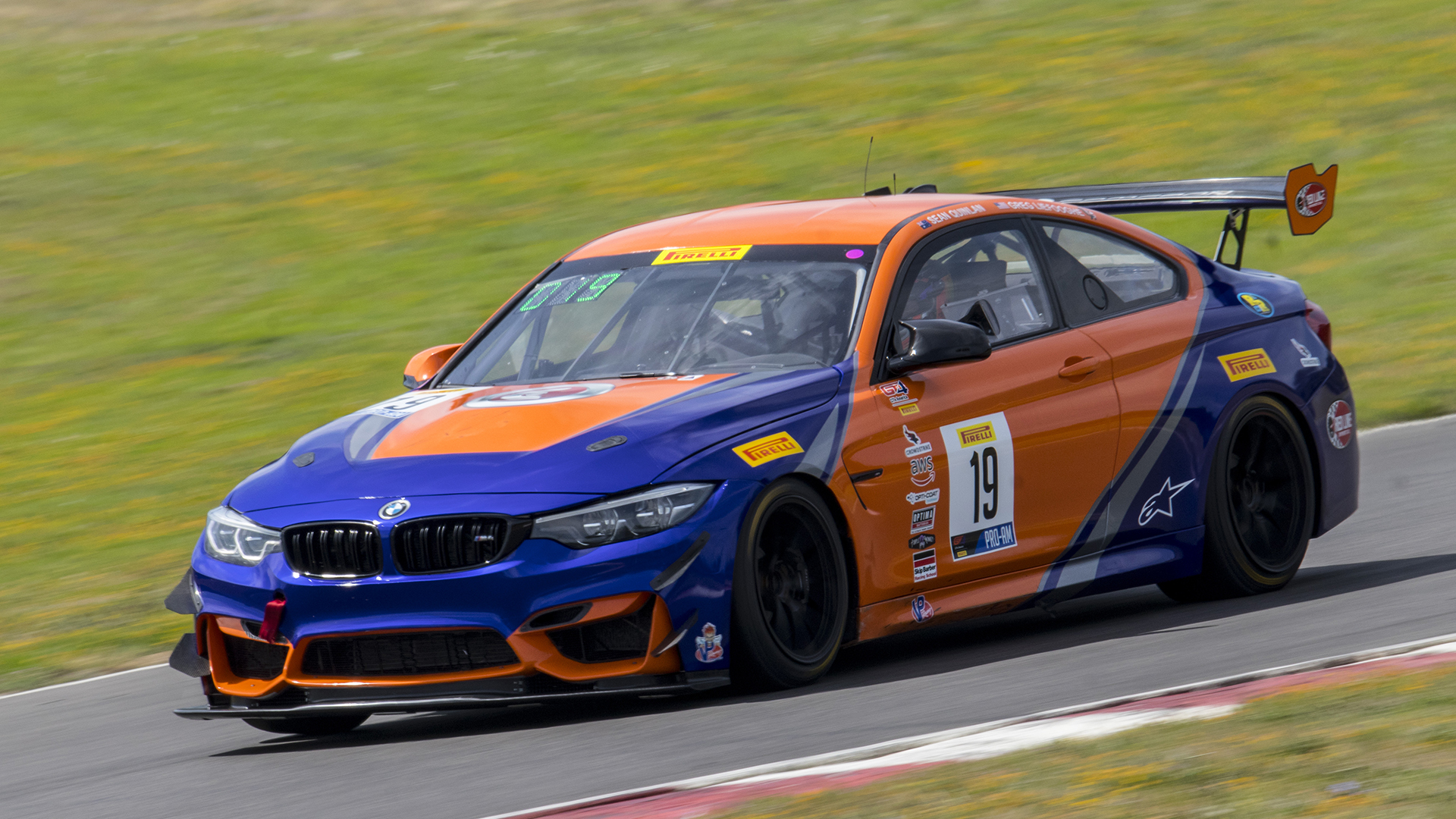 The battle for second overall came to a head on lap 15 as Miller drag raced alongside Szymczak down the front straight and the two went side by side through turns 1 and 2. Eventually Miller executed the pass through turns 4 and 5. With Szymczak preoccupied with Miller, Wilson took advantage and passed to move Szymczak back another position.

With the action behind him, Kozarov was able to gain some breathing space opening a 1.351 second gap over Miller, with Wilson now in third, Szymczak in fourth and, Dexter in 5th. In the Am category, championship points co-leader Preston Calvert, in the #51 Team Panoz Racing Panoz Avezzano GT had moved up from an 11th starting position into 8th.

As the pit window opened on lap 19 attention turned to pit lane and teams executed various pit strategies. The leaders extended track time and stayed out until near the end of the pit window. Szymczak and Dexter were the first lead pack drivers into the pits with Murillo assuming duties behind the wheel of the #34 machine and Warren Dexter behind the wheel of the #63 machine. Miller then entered on lap 22 to change over to Harry Gottsacker, while Wilson and Kozarov stayed out. Wilson finally entered on lap 23 to pass the reins to John Allen, while Kozarov stretched his entrance into the pits until lap 25 just before the pit window closed. 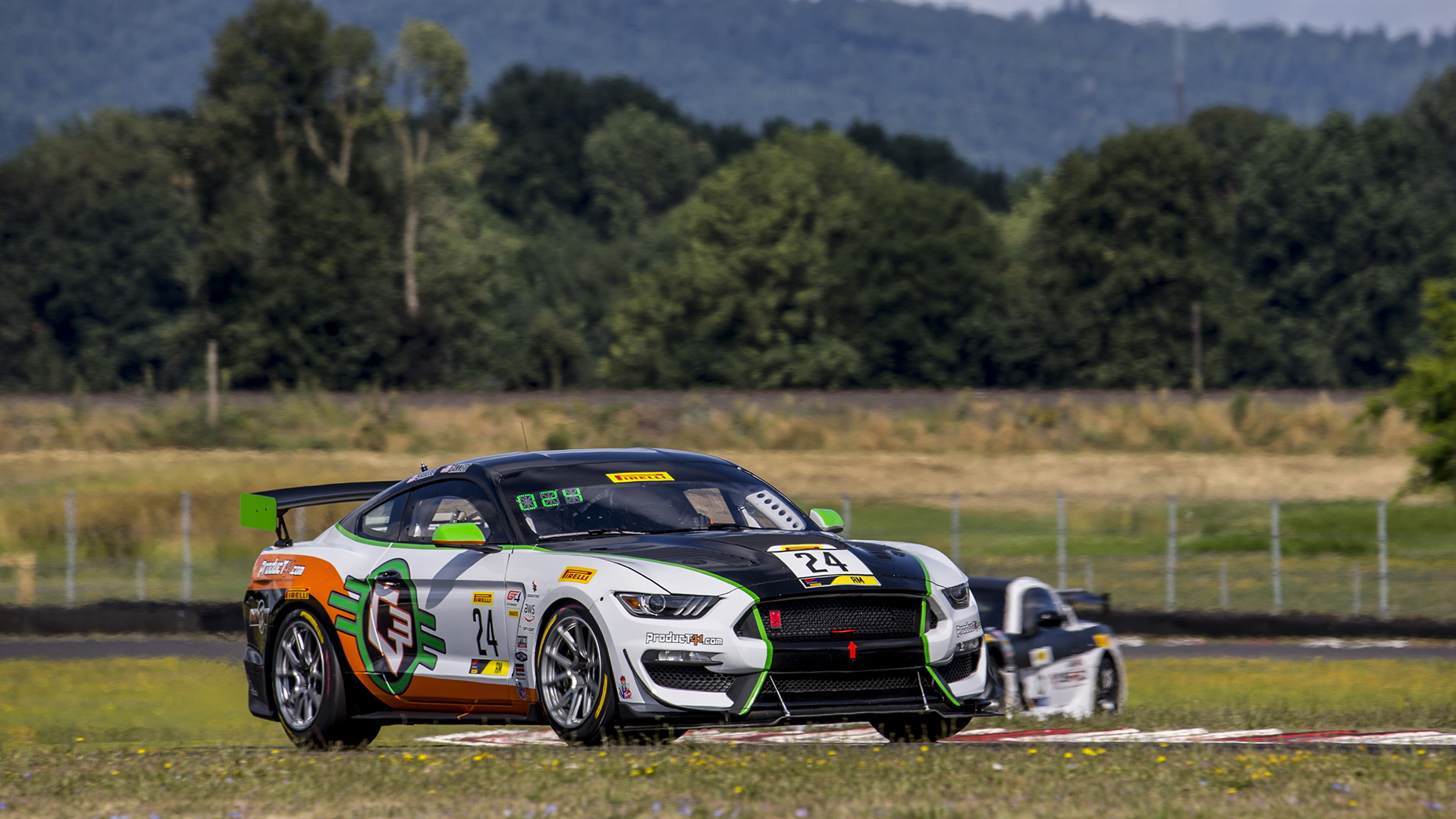 As the pit window ended, Jeff Burton, who had taken over for Kozarov, re-entered the race and narrowly assumed the lead over Gottsacker through turn 1. Burton though couldn’t hold off the driver of the #28 machine who eventually passed for the lead on lap 26. Then on lap 27, with Murillo now in second pursuing Gottsacker, both drivers needed to make evasive moves to avoid a lapped car through turns 1 and 2 with the leaders running on either side of the lapped car. Murillo was able to carry more momentum and overtook Gottsacker for the lead. Burton pursued in third. Jason Hart, in the NOLASPORT #47 Porsche 718 Cayman CS MR slotted into fourth with Allen in 5th overall.

By lap 30, Murillo had opened a .528-second lead over Gottsacker. Allen who was running in 5th and first in the Am category was then given a stop and go penalty by Race Control for a pit stop time violation. Matthew Keegan who had taken over for Calvert then assumed the lead in the Am category.

As the race neared its end, a hard charging Gregory Liefooghe in the #19 Stephen Cameron Racing BMW M4 GT4 was on the move first passing Hart for the lead in the Pro/Am category and then Gottsacker for second overall. 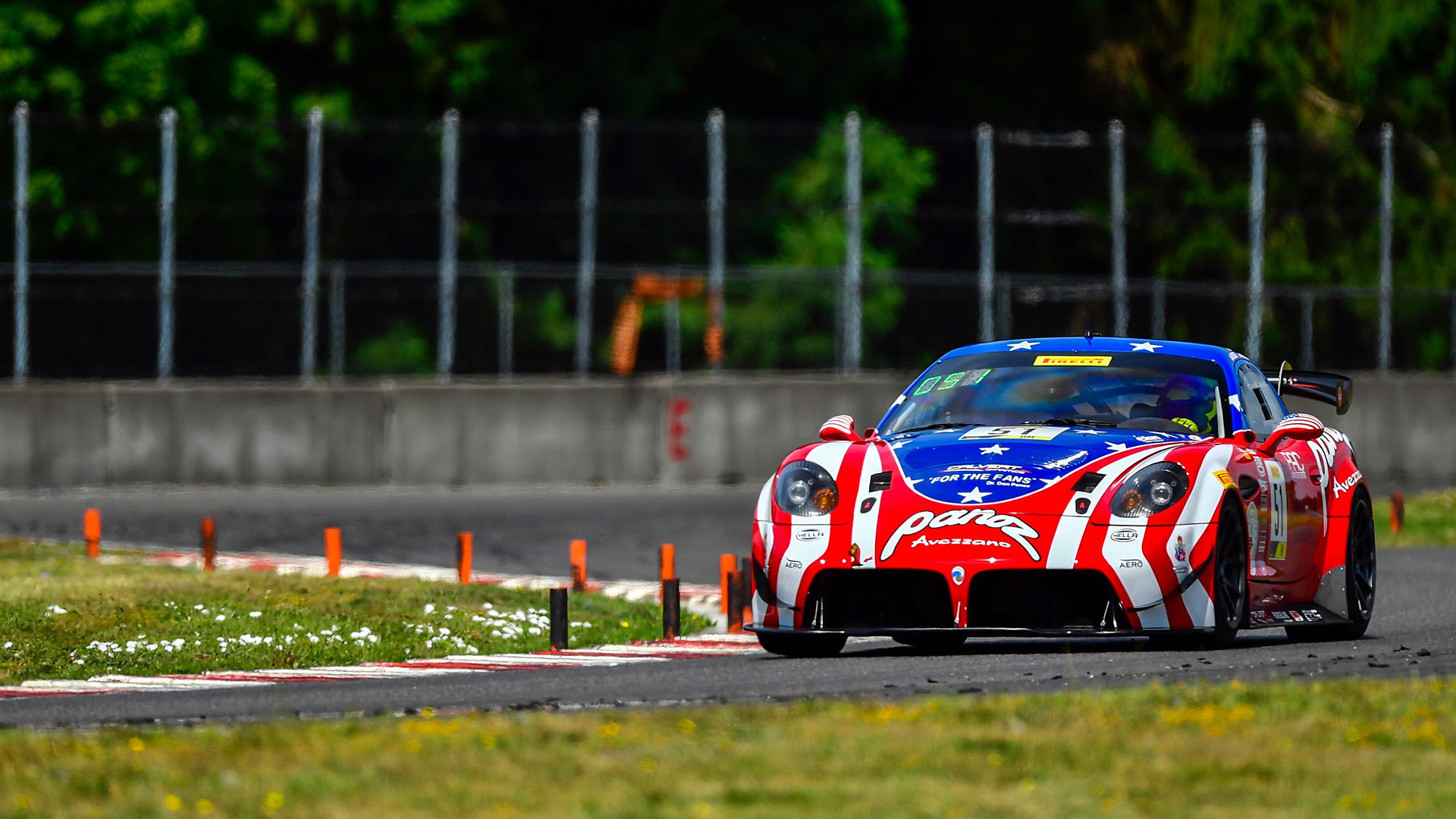 “I messed up at the start of the race and quickly found myself second, then third and fourth,” said Szymczak in victory circle. “I was really worried that we were in a bad spot when I gave the car to Kenny. He did a phenomenal job so congrats to him and the whole team. We’re really happy.”

“The race was different from anything I’ve ever driven,” said Murillo. “We were actually in no conserve mode just trying to get around people as fast as we could so I could build a little bit of a gap and maybe conserve some tires. I know there were some really fast guys out there like Jason (Hart) and Liefooghe, so I knew I needed some tire for them and I didn’t do the greatest job, but you know I’m happy with the results.”

GT4 America SprintX and SprintX West teams next take to the track for the second SprintX 60-minute race of the weekend set for a green flag start Sunday at 1:55 pm PDT.

All SprintX races will be streamed live on gt4-america.com and via audio simulcast on SiriusXM satellite radio Ch. 383 (983 on the app). CBS Sports Network coverage for SprintX races at Portland airs July 28 at 4 pm EDT. Check your local listings for additional broadcast time and channel information.