In his second race back after missing two events following eye surgery, Gaples finished second in GT4 Am and an impressive fourth overall... this after starting the race fifth in class and eighth overall. The performance put him among the Pro category runners and was easily his highest overall finish since transitioning to the McLaren at the start of 2019.

Gaples had missed the VIR and Sonoma rounds of the championship due to multiple eye procedures. In his four races so far this season, Gaples how has a runner-up and three third-place finishes to his credit. 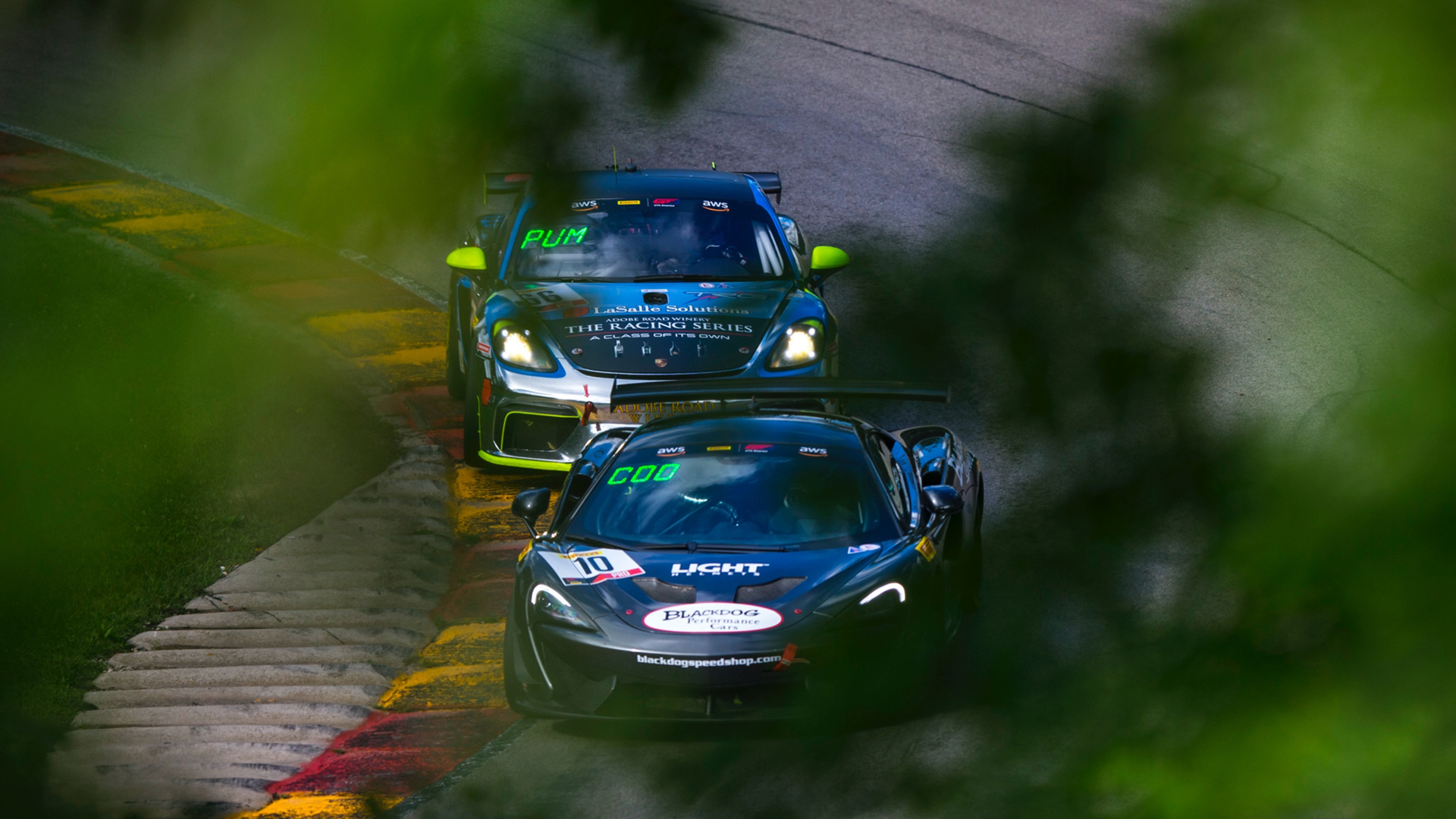 Up front, Cooper maintained his Drivers Championship lead after a tense and tight race-long battle with Spencer Pumpelly. Cooper, starting from second, grabbed the lead at the first corner before the two proceeded to run nose-to-tail for virtually all 50-plus minutes.

Neither driver led by more than 0.7 seconds, and Cooper finished just 0.204 seconds adrift in his try for a seventh consecutive win and third at Road America.

Despite seeing his win streak end, he still owns a 33-point lead in the Driver’s standings heading into Sunday’s 3:05 p.m. CT weekend finale. It will stream live on gt4-america.com.

MICHAEL COOPER, NO. 10 BLACKDOG SPEED SHOP McLAREN 570S GT4: “Sure it’s disappointing not to win and lose points in the championship, but the Porsche was stronger than our McLaren today. Honestly they’ve had the quickest car at the last three events since the COVID-19 break, but these Blackdog Speed Shop guys and I have managed to be close enough to execute on every opportunity no matter how small. Winning in the rain yesterday after starting fifth was not down to raw performance. I was determined to make whoever wanted to get by today work for it. At least the fans at home and around the track got a really good show. There’s one more race in the weekend and you can bet the Blackdog Speed Shop guys will have this McLaren ready to go as they always do.”

TONY GAPLES, NO. 11 BLACKDOG SPEED SHOP McLAREN 570S GT4: “It’s really gratifying to come back after such a long layoff and be on the podium twice. It feels good to be back at the same competitive level I felt at the start of the season. I’m happy with the result today but I’m always wanting more. The McLaren came on late and was really strong at the end. It should mean more good things tomorrow with an afternoon race and little bit higher temperatures than today. We will look at the data and get the best setup we can for Sunday.”