Watkins Glen, NY - Damp early morning conditions at Watkins Glen International slowed the pace of qualifying for Round 9 of Pirelli GT4 America. A red flag cut the session short after drivers had time for just three flying laps. The #16 Mercedes-AMG of Kris Wilson was quickest, with a time of 2:14.589, grabbing pole in the Am class as well as overall. The next Am-class car was the #5 McLaren 570S driven by Michael McAleenan for Motorsport USA, who will start 7th overall.

In the Silver class, the championship leading #72 Mercedes-AMG of Kenny Murillo was fastest, with a time of 2:15.025 - placing Murillo on the front row for Round 9. Second in Silver was the #11 BMW M4 of Stevan McAleer, driving for Classic BMW. The third place car in class was Michai Stephens in the #35 Mercedes AMG for Conquest Racing West.

The quickest car in the Pro-Am class was the #120 Porsche 718 Cayman GT4 CLUBSPORT MR of Adam Adelson, whose time of 2:17.816 puts him fourth overall. Just a tenth of a second behind in Pro-Am was the #52 BMW M4 of Tom Capizzi for Auto Technic Racing, and the #59 Aston Martin Vantage AMR driven by Paul Terry for WR Racing. 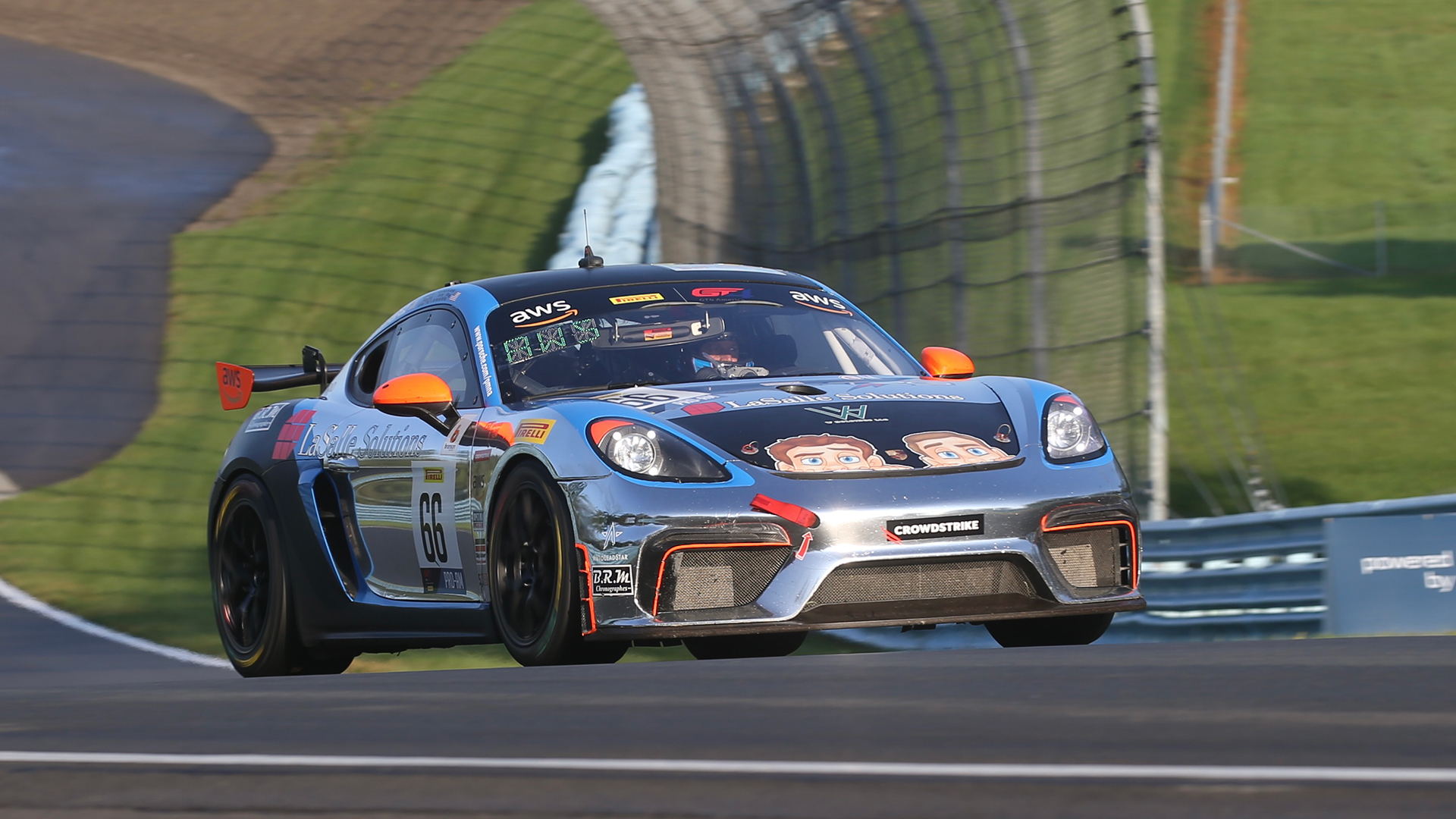 In Silver, the pole went to the #35 Mercedes-AMG of Colin Mullan with a time of 2:02.552. The #94 BMW M4 of Jon Miller was second quickest in class, followed by the #72 Mercedes-AMG of Christian Szymczak.

The #619 Porsche 718 Cayman GT4 CLUBSPORT MR of Thomas Merrill paced the Am category, snagging pole with a time of 2:02.799, landing him ninth overall. The #46 Porsche of Russell Walker was the next quickest Am class car in thirteenth overall.

Pirelli GT4 America is on track next for Race 1 at 11:30 AM ET. Both races will be broadcast on SRO’s GT World YouTube channel.